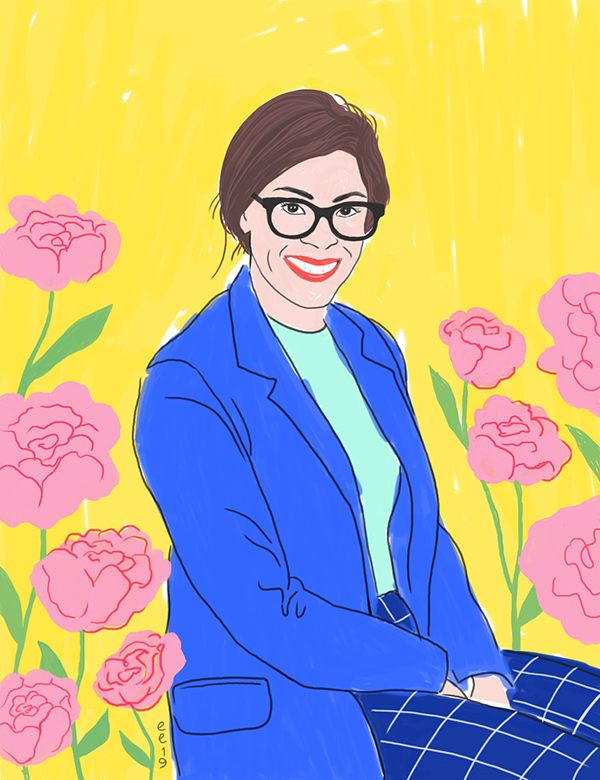 When I was approached by the editor of Artomity about potentially discussing works in my private collection, I was apprehensive whether it would be viewed as a conflict of interest. The secret would be out that, as a gallerist, I was also a collector. It began at 10 years old in Hong Kong, when I pushed my mother to acquire a work depicting three women by Walasse Ting for my bedroom – a rather exorbitant demand for a kid, but the stage was set. My high school dormitory room was filled to the brim with my own renditions of Pollock paintings, and eventually the first work I paid for was a 19th-century water jug from Afghanistan. I paid for it in instalments, something I still do to this day.

There’s a myth that working in the art world means you are sure to have access to desirable works, but it’s been challenging to have the word “dealer” marking my fate like some archaic scarlet letter. In some extreme instances, fellow gallerists have been reluctant to share price lists and divulge the inner workings of their primary market pricing for an artist. Often I would be invited to collect the works, but rarely to a private opening-reception dinner to mingle with other collectors – probably a sign of how competitive and market-focused the art world has become. This being Hong Kong, naturally I’ve run out of wall space. I have art hiding under couches and in a spare room behind the kitchen, which is full. But it wasn’t until I was asked to list the Hong Kong artists I have supported that I realised there is clearly a gap in my collecting where they are concerned. My quiet tendency is to visit shows unannounced, in solitude, usually with no text in hand, so that I arrive fully ready to see the art.

These three works I’ve grouped together are by different Hong Kong artists who explore painting. From a curatorial perspective, one can see painterly linear vertical striations in each painting thatfor me connect the works, but not only visually. Clint Ho, Hung Fai and Mark Schdroski employ the vocabulary of painting in ways that belie their respective histories, studies and relationships with Hong Kong. Hung and Clint’s works were bought from a charity auction supporting the endeavours of the Hong Kong Arts Centre, while Mark’s painting was acquired from Ruci Art Space in Jakarta.

Mark Schdroski is a deeply personal choice; in addition to being a dear friend, he is an exceptionally gifted artist with an immensely rich art-history knowledge. He was born in New Zealand, but I’ve included him as a Hong Kong artist because this is his home, and in this hyper-nationalised world where the country of your birth often determines how your work is pre-judged, Mark is here, working and creating among the cacophony of Sheung Wan. His studio is like walking into a room where all your hopes and dreams are realised: the story of your own life looking back at you is told in the purity of his abstraction. Bright, effervescent and fluorescent blues and marigold yellows, his paintings are stripped of everything external. What a joy to see this work each day!

Clint Ho has had one of the most surprising starts in art; I am just so happy to hear that these stories of people doing what they love still exist. Construction workers scaling unholy heights on bamboo scaffolding outside vertiginous buildings are a familiar site in Hong Kong. Clint worked for three decades as a Hong Kong construction worker, and it wasn’t until his late 40s that, initially through a Chinese humanities courses at the Open University of Hong Kong, he fully awoke to the power of painting. You can see clearly that, whether unconsciously or not, his past vocation informs the architectural forms of his work. Clint has grown into a talented artist who gives me hope for our city.

Hung Fai is perhaps the most traditional among this trio, although ironically he’s a young millennial forging his own path in the serious medium of ink painting. I feel a great renaissance taking place in the ink world; whereas in past decades it was dominated by these giant figures long passed away and still put on a pedestal, now new voices like Hung’s are shining through. Through my own lens this painting called to mind Yves Klein’s scandalous nude blue figures from the 1960s, showing that even in entirely different times and places, we can’t always shift away from what our memories push us to see. Shifting figures splayed out in a pointillist effect, not otherwise seen in ink is rather compelling to me.