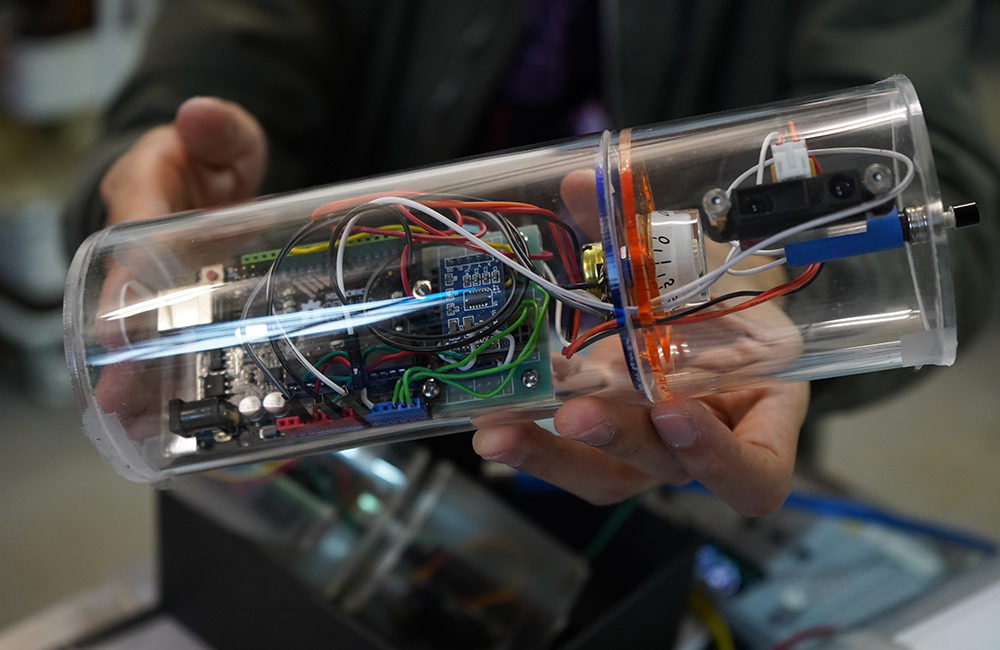 Andio Lai’s path as an artist has been refreshingly indirect. Each personal misstep and doubt forced a self-assessment and redirection to where he is now – and “now” does not necessarily refer to his status as a visual artist. It is a label that sits uncomfortably for him, but if the word “artist” is associated with musicians, cartoonists, gamers, players and those that draw creative stories, then it is a little closer to being an accurate description.

After finishing secondary school, Lai – as was expected by the traditional school he attended – began studies at Monash University in Melbourne, on track for a career in business. He settled into university alongside close school friends from Hong Kong during his first-year foundation course, but the following year he found the first-year economics degree courses much less satisfying than reading the campus library’s selection of sci-fi books. Unhappy with his studies, realising he was not cut out to be a businessman and mildly homesick, he returned to Hong Kong in late 2009.

Lai grew up in a small Sham Shui Po flat in a supportive family, with two sisters who also shared his passion for stories, play acting and watching Japanese cartoons on after-school TVB. His father worked in the office of a toy company and often brought home samples for his children to play with: these toys were happily incorporated into fantasy and make-believe games, an influence on Lai’s current art work, with its playroom aesthetic. He first became interested in gaming and electronics through model racing cars, with his first racing track bought by his father, who also modified a four-wheel-drive model car; modifications of toys are central in Lai’s current work. In his primary school years, he played with Lego and started modelling with wood, as constructing objects became an early interest. As a teenager, he started learning guitar by watching YouTube lessons and joining online guitar forums. In Australia, it was the guitar that had been one of his escapes from uninteresting academic studies.

In November 2009 and back in Hong Kong, Lai’s hobbies, which were associated with art and music, offered a direction in his personal and academic restart. His quiet personality led him to the safe, studious environment of Hong Kong public libraries: there he studied photography, drew cartoons and joined online forums related to his interests. Concerned, still, with future job opportunities, in April 2010 he started an Open University short course in cartoon drawing, learning practical skills, aesthetics, the business of cartooning, layout and the storytelling of Japanese manga. This enjoyable course expanded his aspirations: to his surprise, he realised that Hong Kong cartoonists were capable of drawing just as well as their Japanese counterparts.

Putting together a portfolio, Lai also applied and was accepted in September 2010 into a two-year associate degree in design at The Hong Kong Polytechnic University. He was introduced to industrial and laser design, and further improved his understanding of photography, comics and art. Although the design course was generally unsatisfactory because, he feels, “good designers don’t necessarily make good teachers”, a few teachers gave their students encouragement to be themselves; for Lai’s unconventional, informal design and non-mainstream approach to art, this sentiment allowed an open and personal approach to creativity. Graduating from this associate degree was a stepping stone to formal art-related studies.

Not really understanding the requirements for entering a fine art course, Lai prepared a portfolio heavily weighted towards comics and cartoons, not the usual figure studies. He applied to all of Hong Kong’s undergraduate fine arts courses, but his sole offer was from the School of Creative Media (SCM) at City University of Hong Kong. SCM had an eclectic range of teachers – themselves filmmakers, fabricators, animators and sound artists – who saw the quirky, nerdy potential creativity in Lai’s cartoon stories.

Soon after returning from Australia and in parallel with his PolyU studies, Lai joined a guitar group that regularly played together in the park next to the Shing Mun River. Led by an older devotee of the acoustic guitar who gave free lessons and encouragement, Lai developed a love for the acoustic guitar and the music of Jack Johnson, John Mayer and James Blunt. He was a member for three years and this ability to play music was to be carried into his later interest in and development of eclectic electronic sounds.

Lai began studying at SCM in September 2012. These student years introduced him to serious art, theory and ideas, and various approaches to artmaking. He was encouraged to cross traditional art boundaries, and met fellow students who similarly wanted to explore. One of the first student group tasks in which he participated resulted in what he refers to as a “spray can”. The project’s aim was for students to explore the functionality of an object. Lai and two other students developed a simple electronic musical instrument that could be held in the hand, its sound altering when it was tilted and moved, and a button adding another sound dimension when pressed. This simple object has retained its fascination for Lai, and his later “spray cans” are often constructed in see-through cylindrical acrylic that has two moving parts, like a kaleidoscope, and a button. The inner electronics, wires and connections can be seen and are often embellished with LED lighting; variations might require connection to his favoured Teenage Engineering OP-1 synthesiser, a computer or external speaker. These spray cans still feature in his musical performances today.

Teachers such as film director Patrick Tam and film historian Ka Ming gave influential classes in film history, production, direction and screenwriting. Hector Rodriguez introduced film theory, and Samson Young experimentations with sound. A range of art was discussed: dada, bio-art and the international Fluxus group of artists. It was Fluxus that demonstrated to Lai that art could use traditional media and found and repurposed objects. Art could then be something else: objects reassembled to produce light, sound, video or music. The boundaries of his own art suddenly expanded to incorporate his own objects of obsession and fascination, particularly toys. In 2013, Lai joined a Fotan industrial building studio with five other artists, and has remained a member. His studio-mates, rotating over time, give him support and share their different approaches to artmaking.

After completing a BA in creative media at the SCM, Lai wished to continue the art-focused momentum of his studies and applied for a MA in fine arts at The Chinese University of Hong Kong, graduating in 2017. These layers of academic study have nicely underpinned his practical work as a performer, musical instrument maker and, currently, a teacher in a secondary school. His interests in play, audience participation, toys and sound have led to his self-described focus on “media archaeology, studying tools development and the relative history of interfaces, [which] focuses on the subject matter of experimental instruments, playing and human-machine relations”.

This is best seen in his membership of Floating Projects, a collective of artists interested in film, animation, installation, sound, history and video. Initiated by SCM teacher Linda Lai, Floating Projects began in an industrial unit in Wong Chuk Hang and now operates in a Jockey Club Creative Arts Centre studio in Shek Kip Mei. One of their first exhibitions, co-curated by Lai, was the wonderfully inventive Toy as Medium (2016) group exhibition that explored toys, playing and gaming. In a departure from his usual work, he set up an installation of a sofa, TV and video game consoles, where visitors could play Nintendo’s Super Mario Bros game. Located near the entrance, it replicated the common situation of a small Hong Kong flat with children playing video games while their parents annoyingly walked past in front of the screen.

Lai’s usual work features toys that he reconstitutes as musical instruments: quirky, colourful and easy to play. For example, using the contours of a toy dinosaur, he rewires it with antennae to make a theremin, an early electronic instrument whose sound is controlled by antennae sensing the relative position of hand movements to oscillators that produce different frequencies and volumes broadcast over a speaker.

Lai strongly believes that an audience makes an art work complete. In formal exhibitions, he often requires the active involvement of users with his toy objects: they can handle and play with them to produce sound. He does not fuss if a work is damaged – indeed, it gives him the opportunity to repair, adjust and modify it. Consequently, he has adopted a rough aesthetic in his constructions: his art is focused not on appearances but on playability and fun.

One of his early public performances was at Sonic Anchor #24 Interfacing Dynamics (2015), organised by Hong Kong sound group Contemporary Musicking. Lai stood behind a table fully set out with his toys repurposed as musical instruments, variously rigged up to oscillators, speakers, a computer and an OP-1 synthesiser. Lai’s performances are pure experimental sound, but the experience has other dimensions: it is visually beautiful with the bright array of toys that he uses, it is experiential and it is about play. He says that when giving a musical performance, he “enjoys the playing, not so much the resulting sound”.

It is refreshing that Lai’s approach to art is generally carefree and audience-centred. His art brings a playful happiness to viewers, and fulfils the need in any art scene for humour and enjoyment. There is a lovely lightness in his work; his experience as a performer can be genuinely replicated by his audience, who can play with the same repurposed toys in an exhibition to produce similar sound effects, and enjoy the same pleasure of playing as the artist who made them.