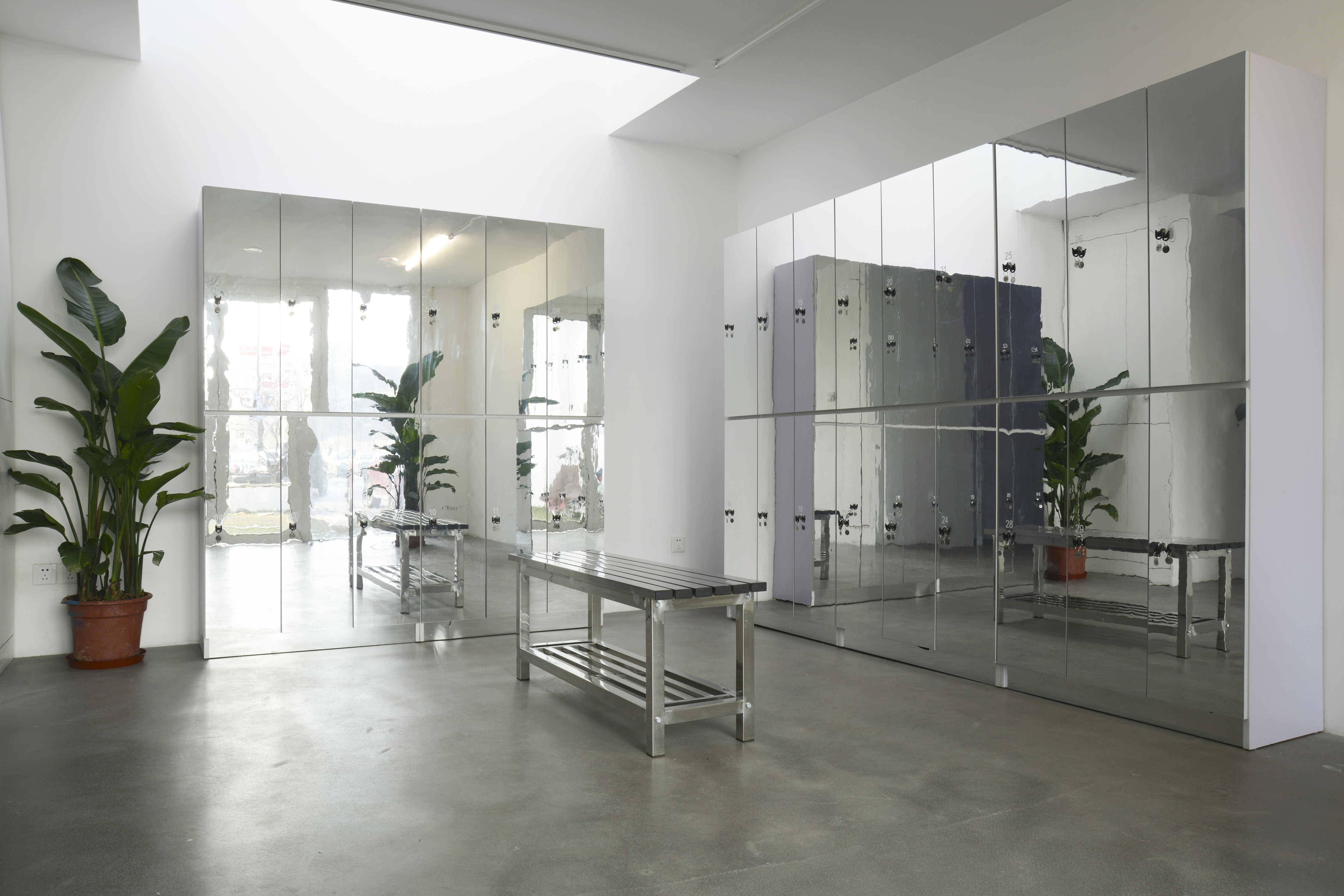 Trevor Yeung has explored voyeurism since his earliest works, such as the Sleepy Bed series, in which he took photographs, without permission, of sleeping hostel roommates. But in his solo show he no longer focuses on photographic images of voyeuristic subjects; instead, fleeting glances immediately blur the lines between who is watching whom, as the audience uses an L-shaped, mirror-clad locker room at the entrance of the show.

Artist Studio Party (2012), a digital projection work, continues this theme. Faced with the image of a couple embracing, audience members might feel they are intruding on an intimate moment, as did the artist when he took the photo, causing them to quickly move along the hall, past the image and into the next room.

The work touches on the key Yeung theme of audience control, and throughout the show the audience is manipulated in its movement through the exhibition space, stopping, slowing down and kneeling, and is sometimes also manipulated in the emotions that are conjured up. In the locker room visitors are given the choice to hang their clothes in one of the 30 lockers; unknown to them, 10 of these lockers contain a T-shirt with the logo “staff”, granting wearers access to parts of the exhibition others are barred from, and creating a kind of hierarchy among visitors. Those who happen to find a T-shirt have to make a choice of whether to wear it or not, determining their course through the exhibition.

Those who do not wear the staff T-shirt find they can’t access the top floor of The Dark Room Pavilion (2016). Those who can access it climb up a very steep flight of stairs, expecting to find a sense of freedom and a good vantage point at the top, but instead finding themselves standing in a tight space and realising they are like prisoners trapped behind bars.

In Pigeon Wings (Seven Roses) and Pigeon Wings (Three Roses) (2016) the audience is impelled to stop and “smell the roses” and enjoy a “romantic” space, only to realise
that the flowers are artificial, with added orange-blossom fragrance, and an odd piece of porcelain replacing the centre of a rose.

The last work in the show, Dark Sun (2016), acts as a metaphor for the whole of it. A ring
studded at equal intervals with 10 infrared lamps, it is the main source of light in the room. Red light interferes with or obscures existing details, masking some realities and making others seem more rosy, until closer scrutiny reveals otherwise.

Earlier on in the show, with Jacuzzi (2016), a fish tank with several heating lamps, Yeung tries to reinforce the idea that the space we inhabit could be just as controlled as that of the fish. In fact, throughout the show every element is carefully controlled: he manipulates us, turns us into unsuspecting voyeurs and surprises us at every turn.