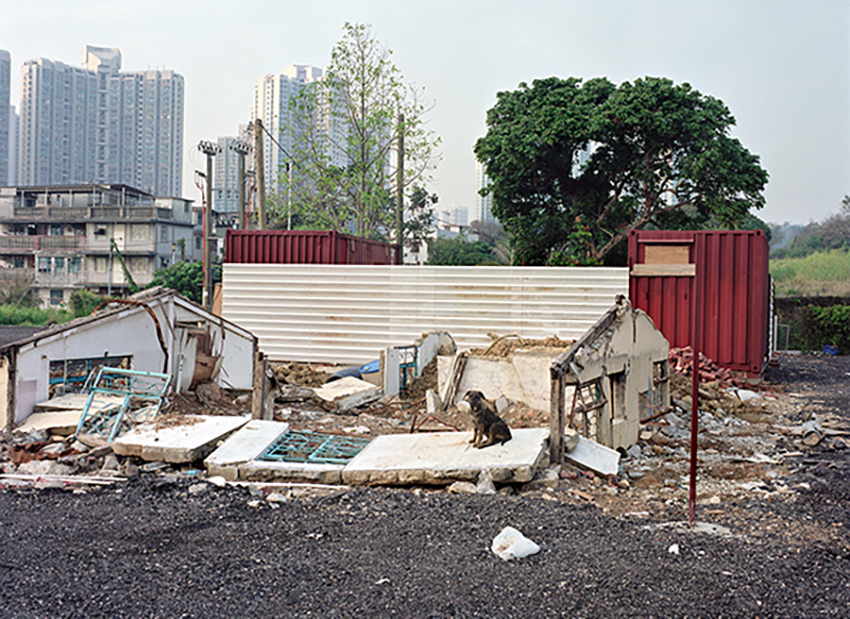 HKI Gallery presents Evolving Territories – Hong Kong in Transition, a photography exhibition featuring images taken by Gretchen So between 1994 and 2000. Commemorating the 25th anniversary of the handover, this exhibition is a candid portrait of Hong Kong at a crucial historic juncture.

About this project
There are cities that appear to be a stratification of structures and ages; cities that appear to be never completed or always on the verge of radical reconstruction. Hong Kong is one of them: a changing and diachronic megalopolis encapsulating various political and social eras that shaped its history. Its tumultuous and disorienting topography reflects the lives of its inhabitants, whose restless relationship with the territory is distinguished by continuous construction projects and massive land reclamations, uninhabited areas and densely populated neighborhoods.

Hong Kong began as a simple farming and fishing village and has since grown into an important free port and major international financial center. It was a colony for more than 150 years before its sovereignty was transferred from the United Kingdom to China in 1997. Under the principle of One Country, Two Systems the city maintains a high degree of autonomy.

Gretchen So was born and grew up during the city’s colonial period. She absorbed the sense of precariousness and mutability into her artistic practice after witnessing firsthand the major transition at the end of the century. The images she took of Hong Kong since the 1990s visually embody the rupture between two eras and demonstrate the dynamic transformations of a territory in constant reconstruction.

Evolving Territories – Hong Kong in Transition depicts how cityscapes under de-construction become the stage on which residents move, adapt to changes in their living environment, and become true agents of change. As the result of six years of patient reportage, the artwork reflects upon the physical and symbolic fragmentations that characterize the identity of this suspended metropolis.

The project is not only a contemporary critique of pre-millennium urbanization and modernization, it is also a visual record of Hong Kong’s evolution during a critical historical period.

About the artist
So holds an MFA degree from Yale School of Art and attended an MA program in Arts Administration at Columbia University. She worked in the nonprofit sector in New York and Hong Kong where she also taught at SVA, RMIT and SCAD, among others. Her projects on the fast-growing and ever-changing cityscape of Hong Kong have been awarded numerous publication and exhibition grants from the Hong Kong Arts Development Council. To learn more about the artist, please visit gretchenso.com