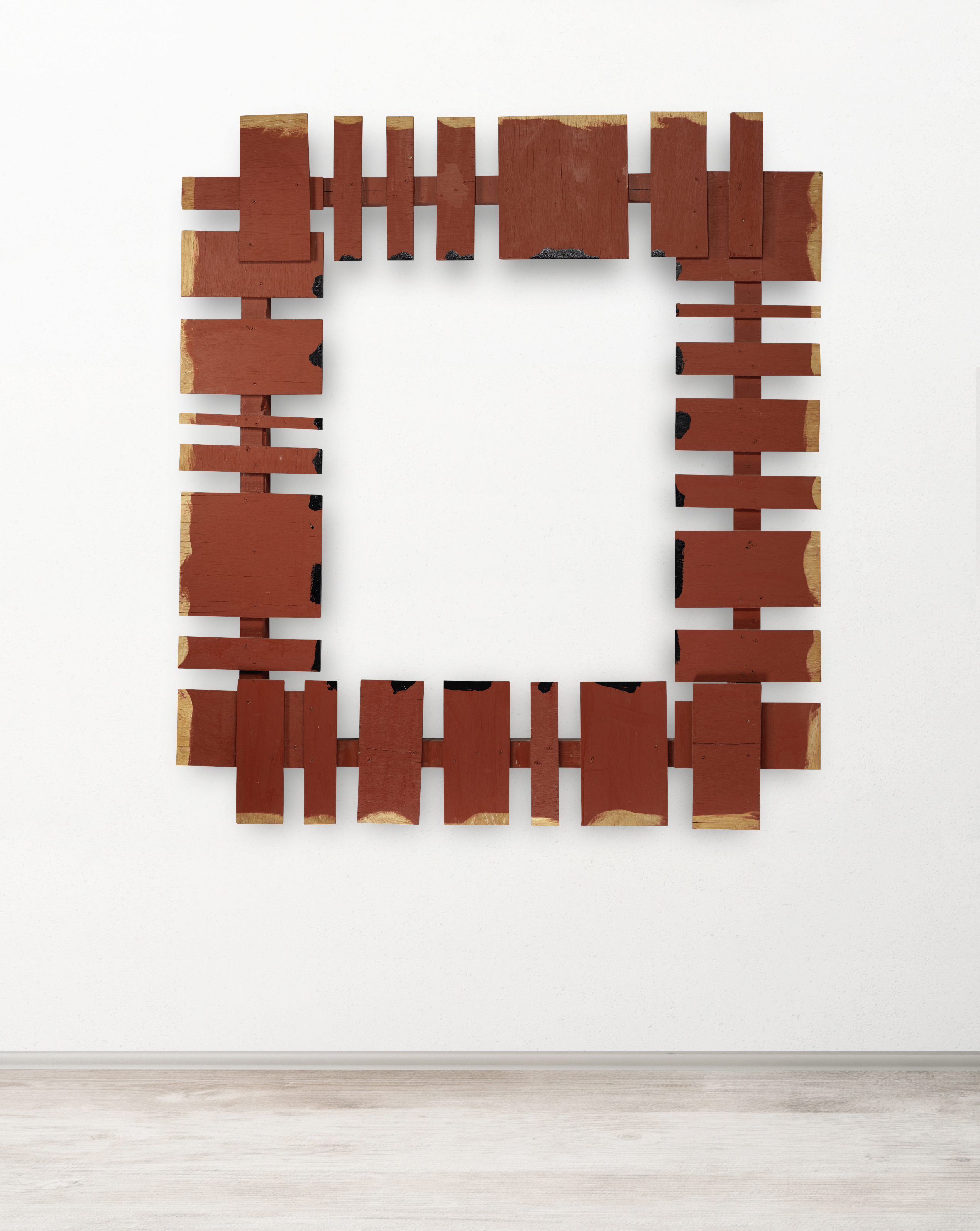 Zeng Fanzhi, Zao Wou Ki, Hsiao Chin, Key Hiraga, KAWS and Kishio Suga are among the line-up of sought after artists featured in Bonhams 39-lot sale for Modern and Contemporary Art on 21 Novemberin Hong Kong, created to appeal to the global artworld.

The cover lot is a rare piece by Kishio Suga (b.1944), a leading member of Mono-Ha, a group of Japanese artists prolific during the late 60s and early 70s that aimed to challenge the traditional concepts of art. In this post Mono-Ha piece, Inside and Out of Lattice, painted in 1990 (estimate HK$300,000 – 500,000), the work reflects the spirit of this movement as the artist’s interest in using every day materials to explore a dynamic relationship between the materials and the negative space around them.

A strong selection of works by renowned Chinese modern and contemporary artists is also among the highlights of the sale. Led by a work by the Chinese contemporary artist, Zao Wou-ki (1921-2013), Dordogne (1954) is estimated at HK$4,000,000 – 6,000,000. The painting is from an important period in Zao’s career when he broke through his previous limitations to present an entirely new language for abstraction, incorporation Chinese calligraphy, signs, ancient bronze and oracle bone inscriptions as inspiration for his brushwork.

Chinese contemporary artist, Zeng Fanzhi (b.1964), is presented in the sale by Smiling Bei Ke Ning, estimated at HK$3,500,000 – 5,500,000 and coming from the very early days of Zeng’s discovery of his “voice” as an artist. Painted in late 1989, the piece features a casual and relaxed figure (a classmate of the artist’s, nicknamed Bei Ke Ning), in which he is rendered in emotive, expressionistic strokes, revealing Zeng’s longstanding interest in psychological expression.

The sale is also highlighted by a strong international urban art section, featuring works by French artists Invader and Blek Le Rat, and a monumental tondo canvas by American artist known as KAWS. KAWS worldwide star status was affirmed by his recent retrospective, Where the End Starts¸ held at the Yuz Art Museum in Shanghai, and which had waiting lines for attendees for months on end. KAWS is known for his uniquely personal and introspective appropriation of popular commercial and cartoon images. The work included in the auction features one of his anxiety-ridden reinterpretations of SpongeBob SquarePants into his much sought-after KAWSBob series.

Finally, following a successful exhibition this past June of early works on paper by Japanese artist, Key Hiraga (1936-2000), Bonhams plans to hold a larger exhibition of his works in April 2018 in their exhibition space on Madison Avenue in New York. This Hong Kong auction is highlighted by additional early drawings by the artist, demonstrating his restless talent, as well as signature works from his years in Paris and beyond, in which Hiraga’s technique, style, and joie de vivre in full bloom.

Bonhams Director of Modern and Contemporary Art, Asia, Ingrid Dudek, “This season’s auction is highlighted by some of the most recognized artists in their field – whether Zao Wou-ki, Zeng Fanzhi, Kishio Suga or KAWS – the auction points to the strengths and tastes of the Asian market: adventurous in inspiration, innovative in approach, international in impact and appeal. We look forward to continuing to bring a dynamic range of unique and rare works that will appeal to collectors from across the region and the world.”

About Bonhams
Bonhams, founded in 1793, is one of the world’s largest and most renowned auctioneers of fine art and antiques, motor cars and jewellery. The main salerooms are in London, New York, Los Angeles and Hong Kong, with sales also held in Knightsbridge, Edinburgh, Paris, San Francisco and Sydney. With a worldwide network of offices and regional representatives in 22 countries, Bonhams offers sales advice and valuation services in 60 specialist areas. For a full listing of forthcoming sales, plus details of Bonhams specialist departments, please visit bonhams.com