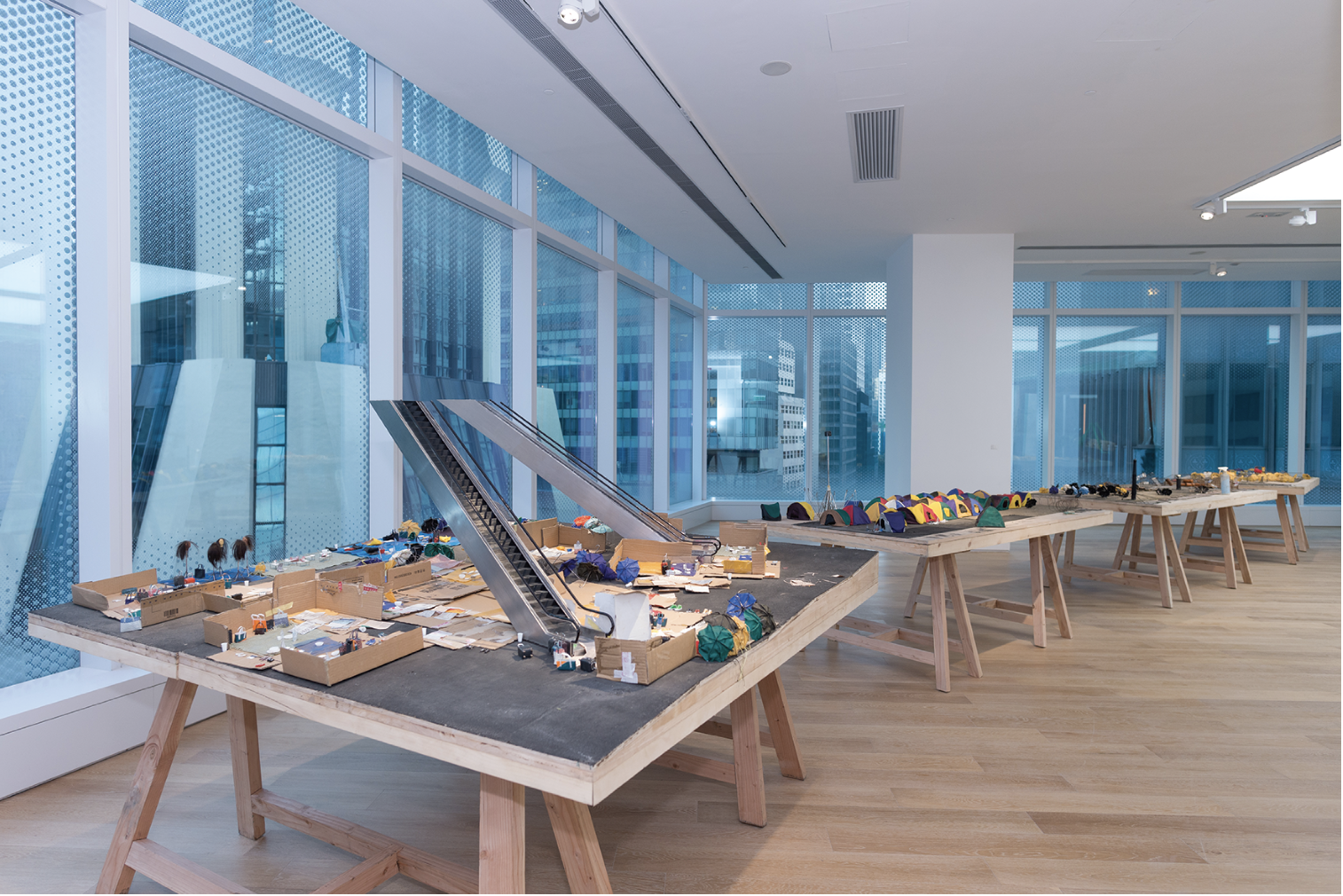 Huang Yongping and Shen Yuan don’t avoid provocative subjects, and their work often creates controversy. Late last year, for example, Huang’s work was topical when his piece Theatre of the World, featuring lizards consuming insects as a metaphor for human violence, helped provide the title of the exhibition Art and China after 1989: Theatre of the World at New York’s Solomon R Guggenheim Museum. After arguments between animal cruelty activists and proponents of artistic freedom, his work was ultimately pulled from the show.

Neither did the pair shy away from contemporary discourse in the four works they made specifically for the opening of Tang Contemporary Art’s new space at H Queens. The title, Hong Kong Foot, refers to the fungal infection more often known as athlete’s foot, which was historically a common local condition among settlers, missionaries, soldiers and refugees. As Huang says, it has now been redefined as the way Hong Kong infects those who come to the city with its characteristics.

Central to the exhibition was Huang’s large-scale installation Les Consoles de Jeu Souveraines (2017). Rotating near the entrance of the gallery, the carousel structure contained seven unique figures that orbited in the opposite direction to the core’s hanging map of Hong Kong and some of its many islands. The islands danced around heavily as the wheel spun and figures passed by, teeming with symbolism from politics, history and culture. The piece asks, with such diverse influences, how the characteristics of modern Hong Kong can be defined, and whether it is possible in a globalised society for a city to leave its mark as profoundly as it has in the past.

Huang used creatures such as a locust and a replica of the 18th-century mechanical toy Tipu’s Tiger to comment on Hong Kong. Locusts refer to greed but have also become as a
derogatory term for mainland Chinese visitors and residents as tensions have grown regarding overcrowding, the influx of tourists, language and alleged disparities in behaviour. Tipu’s Tiger was an automaton featuring a tiger savaging a European man made for Tipu Sultan of Mysore in South India (1750-1799) as a comment on his hatred of the British East India Company. After lifelong hostilities, Tipu Sultan’s life came to an end when was killed after a siege by the British army. The original artefact went on to become a tool for imperial propaganda, and resides to this day at the Victoria and Albert Museum in London.

With its layers of history, the structure of the carousel itself carries a melting pot of implications. The concept was born from early war games in Europe and the Middle East, and brought into the mechanical age in the United States, where these depictions of invasion and conquest were transformed into whimsical attractions.

Shen’s Yellow Umbrella/Parasol (2017) is four tables filled with handmade items that recall the 2014 Hong Kong democracy protests, during which protestors blocked roads and set up camp for 79 days. Major Hong Kong streets shut down, crippling the heart of the financial district and bringing ordinary life to a standstill. The social and political movement was heavily student-led and was eventually suppressed by the authorities.

The 3D models are structured like sand tables used by the military, and Shen maps out a politicised landscape of Hong Kong society. Despite the apparent surface calm, tensions bubble up from below through the charged meanings left behind; even though there are no people, their presence is felt. Sand tables are also tools for education and planning, used for tracking ephemeral human changes against the permanent landscape; parts can be moved, layered, hidden and erased. The child-like aspect of the miniature models make them feel like doll’s houses or toys, alluding to youthful innocence and making the object of Shen’s critique unclear.

Huang and Shen posed no answers but offered a broad overview of contemporary Hong Kong society. Large-scale installations brought the pristine gallery to life, with the buzz of the city invading the white-walls. It was an image of where we are today, with reminders of how we arrived.