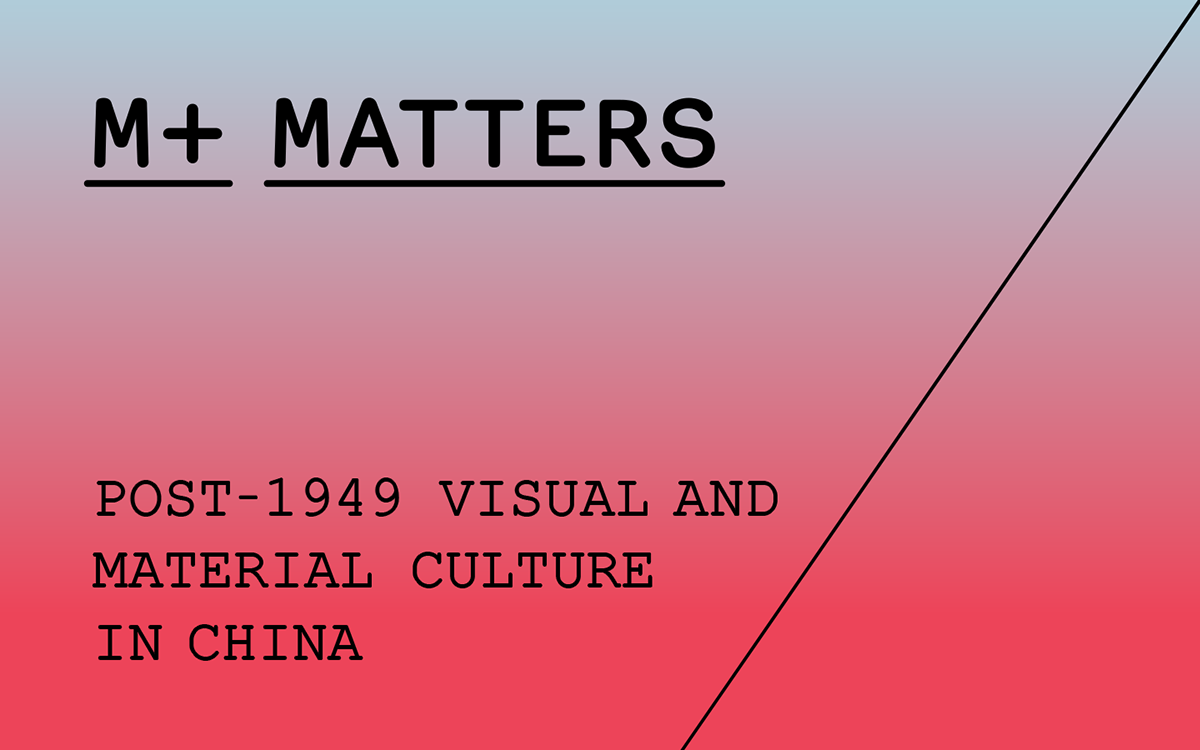 M+ Matters: Post-1949 Visual and Material Culture in China is a public talk on July 5, 2018, that considers critical issues in the first decades of the socialist state in China through a multidisciplinary lens, examining design and visual art. Bringing together three international scholars and curators, it aims to propose new ways of appraising the highly complex narratives of socialist cultural production in China, which have often been overlooked by historians.

Following the establishment of the People’s Republic of China in 1949, the Chinese state devised visual and material strategies to achieve its particular conception of socialist modernity. The talk builds on pioneering studies that contextualise and re-examine the manifestations of this modernity—often positioned as alternative or oppositional—across geographies, time, and disciplines within China’s shifting socio-economic and political frameworks.

The talk consists of three presentations:

This public talk follows on two days of internal discussions organised by M+ on a range of topics, including the direct and indirect influence and transnational exchange between China, the Soviet Bloc, Latin America, and beyond; the impact of the production, consumption, and mediation of industrial products, both domestically and abroad; the use of posters, memorabilia, films and exhibitions as vehicles for state propaganda and means of reinforcing collectivism; and the goals and practices of institutions in building collections of material from the post-1949 era.

The discussions and the public talk are part of M+ Matters, the museum’s flagship discursive series dedicated to addressing topics in historical and contemporary visual culture.

This edition of M+ Matters is organised by Shirley Surya (Associate Curator, Design and Architecture, M+) and Jennifer Wong (Assistant Curator, Design and Architecture, M+), with Jennifer Altehenger (Lecturer in Contemporary Chinese History, Department of History, King’s College London) and Denise Ho (Assistant Professor of History, Department of History, Yale University), and is partially funded by the Arts and Humanities Research Council of the United Kingdom.

Admission to the public talk is free, but space is limited. Please register in advance at www.westkowloon.hk/en/mplusmatters.

About M+
M+ is a museum dedicated to collecting, exhibiting, and interpreting visual art, design and architecture, moving image, and Hong Kong visual culture of the twentieth and twenty-first centuries. In Hong Kong’s West Kowloon Cultural District, we are building one of the largest museums of modern and contemporary visual culture in the world, with a bold ambition to establish ourselves as one of the world’s leading cultural institutions. Our aim is to create a new kind of museum that reflects our unique time and place, a museum that builds on Hong Kong’s historic balance of the local and the international to define a distinctive and innovative voice for Asia’s 21st century.