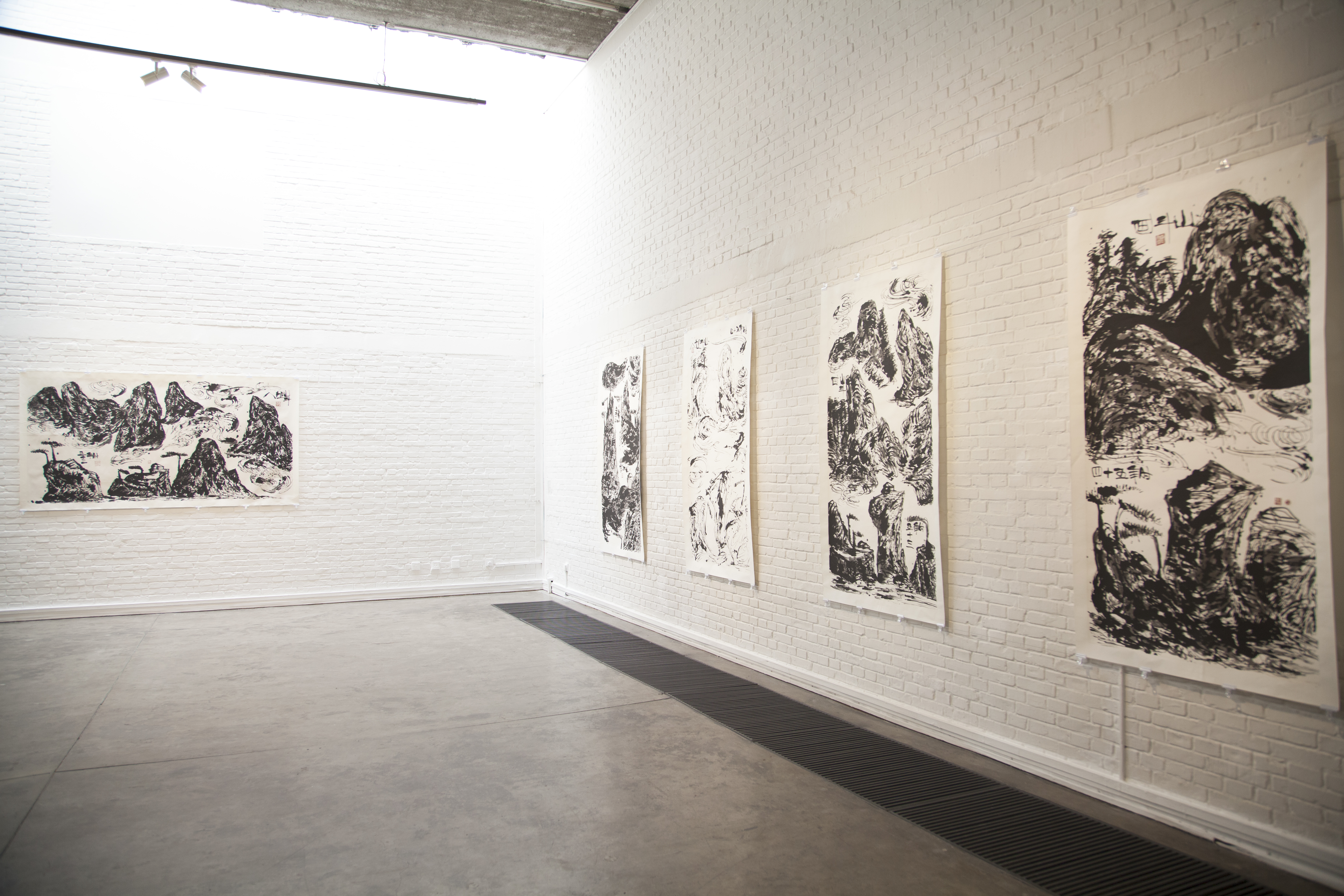 The first show in Beijing by Hong Kong artist Wesley Tongson (1957-2012) is arranged
chronologically, to give the viewer a sense of the artist’s oeuvre over the course of his prolific working life. The exhibition aims to introduce Tongson’s versatility, but is focused on works created during the last 20 years of his life.

Works in the first room attest to Tongson’s classical training in both Chinese ink painting and calligraphy, and western art. A series of landscapes, in particular mountain views,
combine traditional ink painting with patches of bright colour. These atmospheric additions of ink-splash colour create a meditative quality, as in Mountains of Heaven (no. 224) (2000). Tongson is perhaps best known for splashed-ink paintings, a technique he taught himself, although he was also influenced by its best-known 20th-century exponent Zhang Daqian (1899–1983). Whereas the master only used blues and greens, and traditionally ink painting is devoid of colour, Tongson’s western training resulted in a wider, brighter colour palette, which represents his greatest innovation and legacy.

His choice of subject matter is also telling, in step as it is with his search for spiritual
enlightenment, which he sought through the practice of Zen. Creating transcendent mountain landscapes was like finding peace in his head and heart.
Diagnosed in his late teens with schizophrenia, the twin pillars of art and spirituality sustained him in life.

Bamboo (No. 146.1) (1995) shows his mastery of Chinese ink painting and his command of the brush; it is masterfully executed but lacks the emotion and expressiveness found in his images of mountains. By contrast Abstract (No. 368) and Abstract (No. 170), (both 1997), two small-scale ink-on-board paintings, combine both depth of emotion and elegance of movement. Unlike most of the other works in the show they are fully abstract and devoid of calligraphic marks, providing an example of the artist’s interest in experimenting with non-brush techniques.

The works in the second exhibition space are executed in black and occasionally grey ink. From the final years of Tongson’s life, their subject matter is mostly landscapes or mountains, with a few trees, such as a blooming plum or pine. They are characterised by their larger size and absence of brushwork; starting in 2001 the artist started experimenting with finger painting and by 2009 had abandoned the brush entirely. By solely relying on his fingers and nails to manipulate the ink and move it around, he created works that exude a particular raw energy and freshness. One of the simplest examples is Spiritual Mountains (No. 595) (2010), in which minimal use of sweeping lines and strokes creates a
striking landscape.

Tongson’s most powerful pieces are his mature works, in which he found his own voice. The ink paintings executed with his bare hands exude a richness of emotion and vitality.