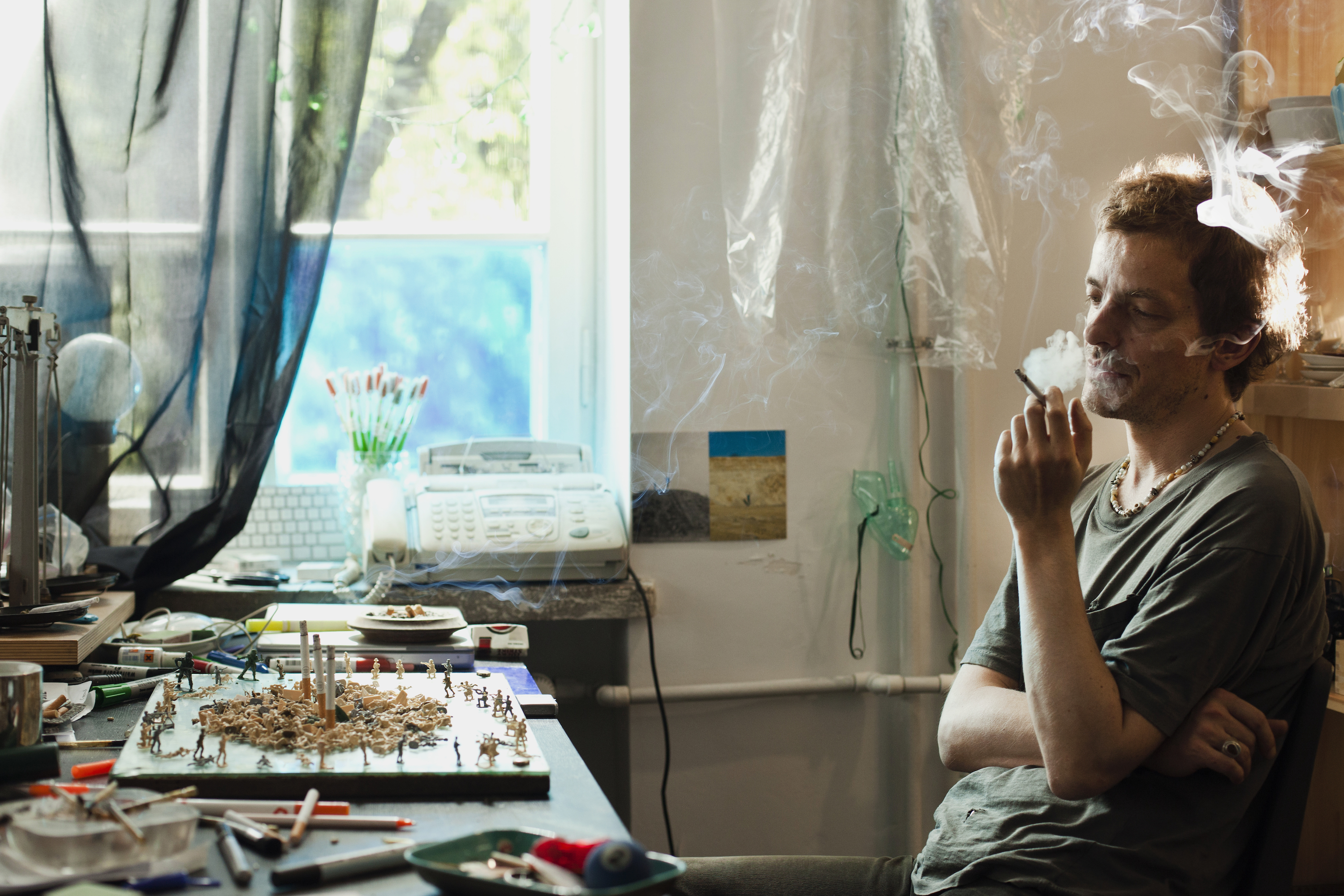 Performance art, even for the most dedicated among us, can be challenging. Fans call it confrontational and current; the unconvinced call it pretentious and plodding. Either way, in most cases a performance-art piece is experienced, to some degree, out of context.

Anyone looking for an entry point into the art form would be well advised to start their exploration with Performer. Writer-directors Lukasz Ronduda and Maciej Sobieszczanski’s dual biopic and critique of the work of Polish performance and video artist Oskar Dawicki is a clever, innovative and enlightening peek behind the curtain: exhibition as accessible feature narrative.

Since his emergence in the mid-1990s Dawicki has consistently explored the essences of language, reality, performance and existence. Those concepts are all central to film, so it’s surprising he hasn’t used the medium before. In Performer, Oskar (Dawicki) is an artist struggling equally with inspiration and finances. His mentor, Zbigniew Warpechowski played by Andrzej Chyra, is dying, and his patron and lover (Agata Buzek) is struggling to sell his work. The primary questions Oskar wrestles with in the present are whether or not he exists, and the nature of art. Using Dawicki’s past performance pieces as the infrastructure on which to hang the narrative, the film explores both, as well as Dawicki’s ongoing challenge to moral and social norms.

Oskar Dawicki visits his dying mentor, Zbigniew Warpechowski, each playing a version of themselves, for the last time. Courtesy Wajda Studio.

With Dawicki decked out in his signature disco-throwback blue brocade blazer, the element that signals an artistic insertion, Performer is the ideal of meta-filmmaking, a reflective tool that has been reduced to snickering self-consciousness in mainstream cinema thanks to horror parodies and millennial know-it-alls who aren’t as smart as they think they are. Here Dawicki and co-directors Ronduda and Sobieszczanski seamlessly incorporate Dawicki pieces including I Don’t Know, Help!, Rubbish Thief, Everything Has Been Done and Bravo into a single coherent story. In doing so, they give greater depth and resonance to and allow new interpretations of Dawicki’s work beyond its literal uses in the film. Blurring the line between fiction and reality, or rather fiction and art, the film challenges the way we consume art, the way we value it and the way we debate its merits. Buzek refers to Dawicki’s work in a sales pitch as “existential post-essentialism”, and the moment is repeated again and again; it’s uncertain which Oskar Dawicki she’s referring to – if they are even different people.

Cinematographer Lukasz Gutt’s decision to vary the film’s visual aesthetics was a smart one, giving each individual piece in Performer a unique tone, as well as establishing reality within the film according to classic cinema conventions. Dawicki, though, is possessed of an enigmatic but compelling screen presence that suggests he understands the
cinema and performing for it better than any of us suspected.