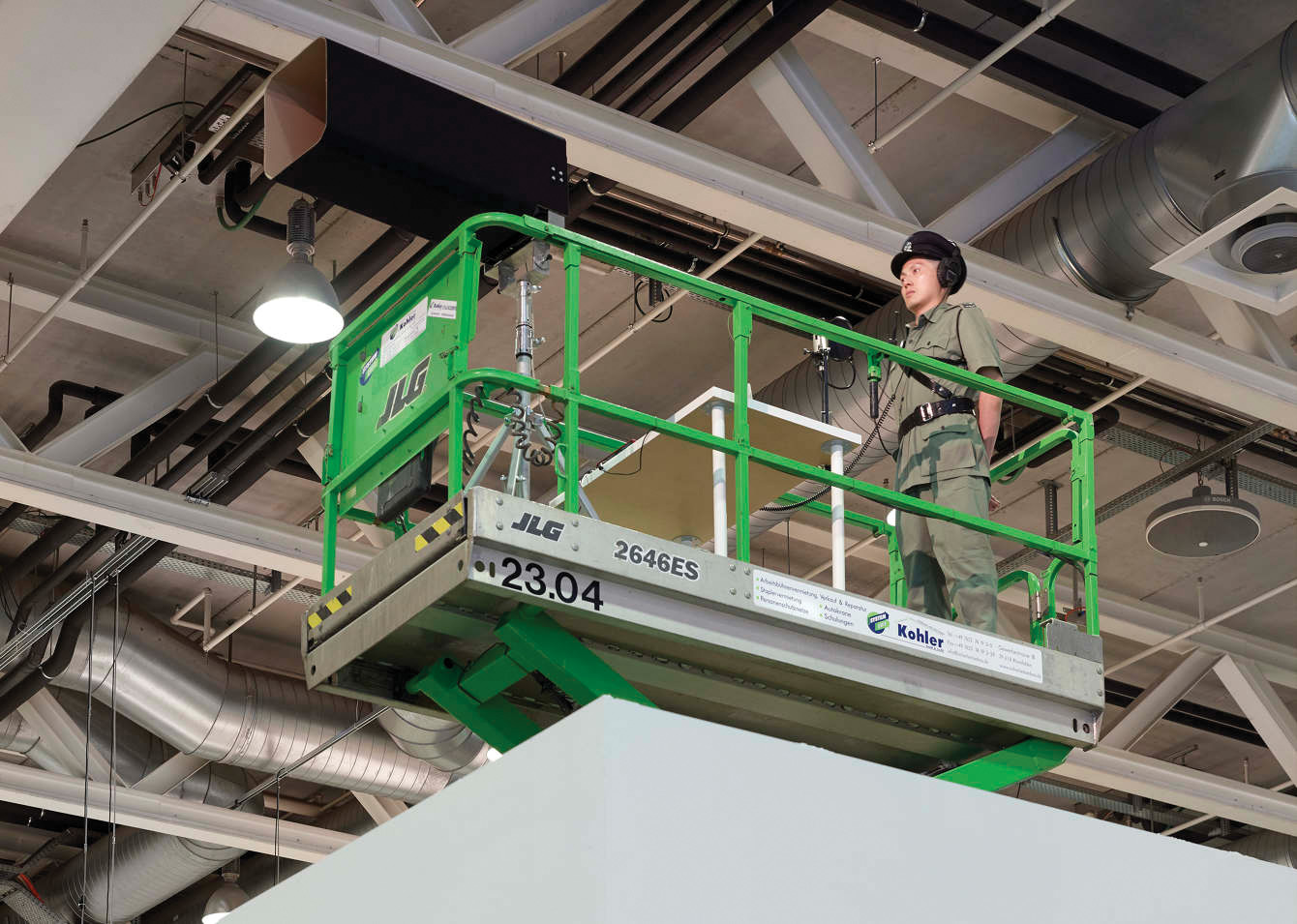 Trained in classical music composition at Princeton University in the US, Samson Young’s works are often reactions to his own musical background. His approach to sound, both as a visual artist and as a composer, is very specific, an attitude that has led him away from predetermined frameworks. From musical compositions to performances, installations, new-media work and drawing, he plays freely with media to create a language that fits his investigations.

Caroline Ha Thuc: Your practice revolves around sound at a symbolic level, tackling the concept of borders and lines, both literally and metaphorically. Was that a clear direction that you defined at an early stage?
Samson Young: The trajectory is rather like this: I started with narrow things that dealt with the cultural politics of my classical music and my identity, and this led to issues such as borders, lines of control and national territories. Then, from the Liquid Borders project on, I began to realise that the issue was not only about lines of control but rather about how people coexist and how this coexistence involves conflict. So the idea of conflict arose: it deals with borders but is wider than that.

It also led to the question of what acts of creativity have to do with adding to or resolving issues of conflict, how they help us imagine others’ consciousnesses and reconcile these conflicts. It is always about stepping further and further back, beginning with the most specific issue, one that has personal and even geographical specificities, and then taking one step back at a time to more universal, larger issues.

For Whom the Bell Tolls: A Journey Into the Sonic History of Conflicts (2015 – ) Research-in-progress. Courtesy the artist.

For your recent project For Whom the Bell Tolls you have been travelling around the globe in search of bells. As symbols of power, they define territories of influence: religious, social and political. Which borders or conflicts are you exploring?
Most of the bells that I have identified for my travels indeed have to do with the idea of conflict. For example, in Vienna the Pummerin was cast from 300 canons captured during the second Turkish siege of Vienna [in 1683]; in Kenya bells are related to the slave trade;and the bell that I recorded in Germany has to do with the Nazis’ theft of bells from annexed territories such as Poland.

It is about the confrontation of people and ideologies. It started with the idea of conflict but ended up with the idea of reconciliation because in a certain way, and despite everything, the majority of the bells continue to ring. They have no opinion on us, like Schiller says in his poem The Song of the Bell: the bell rings for nobody and thus for all.
It sounds very cold but it is true and it is an interesting paradox: it is about everything and about nothing. This is also true for art: you can take the very Kantian definition of art with its essential aesthetic dimension, opposed to its activist dimension. It is like a pendulum going back and forth, and it is exactly this paradox that makes it so enriching.

What could these bells, and their sounds, represent today?
There have been some court cases against them, but surprisingly people usually do not complain much about their sound. It is actually very difficult to find sounds of that volume that are tolerated today. I guess we are culturally conditioned to them.
I often criticise the idea of music as a universal language, but there are certain sounds I do believe are common, and I think the sound of bells is very close to that very basic unit of energy that we can all agree on. It is very hard for any nation or culture to make a claim about who invented bells because once you have found bronze, you have a bell. So I guess we can consider them as universal, but we need to be very careful about the limits of that claim.

It is amazing to think that what I am hearing is similar to or even the same as what people were hearing couple of centuries ago. It is a wonderful way for us to imagine what it is like to be in another person’s consciousness.

You are personally physically involved in most of your works. You have said that in your performances for this project you were aiming to create a ritual that helps you think through your body. How does that work?

Alain Corbin’s book Village Bells inspired the whole journey of that project by giving me a really concrete, historical beginning. I have been reading all about bells’ stories, how some are said to repel thunderstorms, or how they were cast, or stolen. But then you come and see and hear the bells, and meet the people, and it is totally another experience: emotionally, intellectually and spiritually so enriching and different. You become convinced of ideas when you experiment with them and that’s why research is important: it is a way to acquire and embody knowledge so that it becomes knowledge you own.

It might be similar with how you learn to play a musical instrument: you learn it by practising, and repeating the physical movement, and you know a piece when you can play it with your eyes closed. It is about reappropriation and repetition.

The past two years have been very important to me. I was creating very freely with a lot of different pockets of interest; now I am able to look at them with a wider perspective and reconcile them.

How did you work on the Catalogue d’Oiseaux series?
The drawings of birds from [composer and ornithologist Olivier] Messiaen are part of a series of explosion drawings: I only choose sounds that are very short-lived, like explosions, bells and birdsong. It is about expanding them into a two-dimensional space in order to represent how one processes the sound. It is not about a visualisation of sound, like we often see in art. I do not intend to have a scientific approach. It is methodological but probably closer to poetry or visual metaphor.

This is work that I will continue to do. It is part of my exploration of other consciousnesses through imagination.

Birds also feature in some of your other new works, such as Canon, the performance you did at Art Basel. You said that you were inspired by sounds you heard on the radio as a child, before a broadcast in Vietnamese: how did you associate this music with birdsong?
I did not understand the Vietnamese broadcast, but it was aimed at deterring Vietnamese refugees from coming to Hong Kong. In a way that’s exactly how we deter birds, when we use a long-range acoustic device that plays back calls of distress: when the birds hear these sounds, they fly away. It is also a language that we don’t understand.

So birds are used as a metaphor for issues involving immigration?
Of course I had current immigration issues at the back of my mind but I think that this issue is still too close to us to really deal with it directly in an art work. For me, and this has been very consistent in all my work, when I deal with politics it is not a way to claim any political opinion but rather a way for me to stitch together these paradoxes and process information. The intent is more modest.

The sound is broadcast through a Long Range Acoustic Device, a sonic weapon normally used by police to disperse protesters: what kind of conflict were you trying to point out?
Violence and conflict are represented through the military clothes I was wearing but above all through the device and the fences I built to cage people in. The sound was pretty aggressive, too, and could be heard elsewhere in the exhibition. Nobody complained, but I think nobody complains about birdsong. The conflict lies in the paradox between the imagined gentleness of the birdsong and the violence of the device. It is also about the imagined softness and beauty of the birdsong, whereas the songs are actual distress calls. In bird language they mean ‘Help!’ but we perceive their scream as beautiful song.

Maybe this has its roots in Liquid Borders, when I waslooking at the fence, this object that separates people in very surreal settings, politically charged, with this assumption of an enemy. The object itself looks fragile, and the recordings were not violent despite all the violence embedded there.

You can find the same opposition in my work Pastorale, where I transform the sounds of bombing into aesthetic drawings. That is a strategy but it is also a truth.

Nobody wants to talk about warfare as something to be encouraged but it is also true that conflicts sometimes give birth to the best moments of humanity, or at least bring innovation. The aftermath of violent conflicts leads to an intense intellectual life that pushes humanity forward. It is important to have perspectives on these paradoxes.