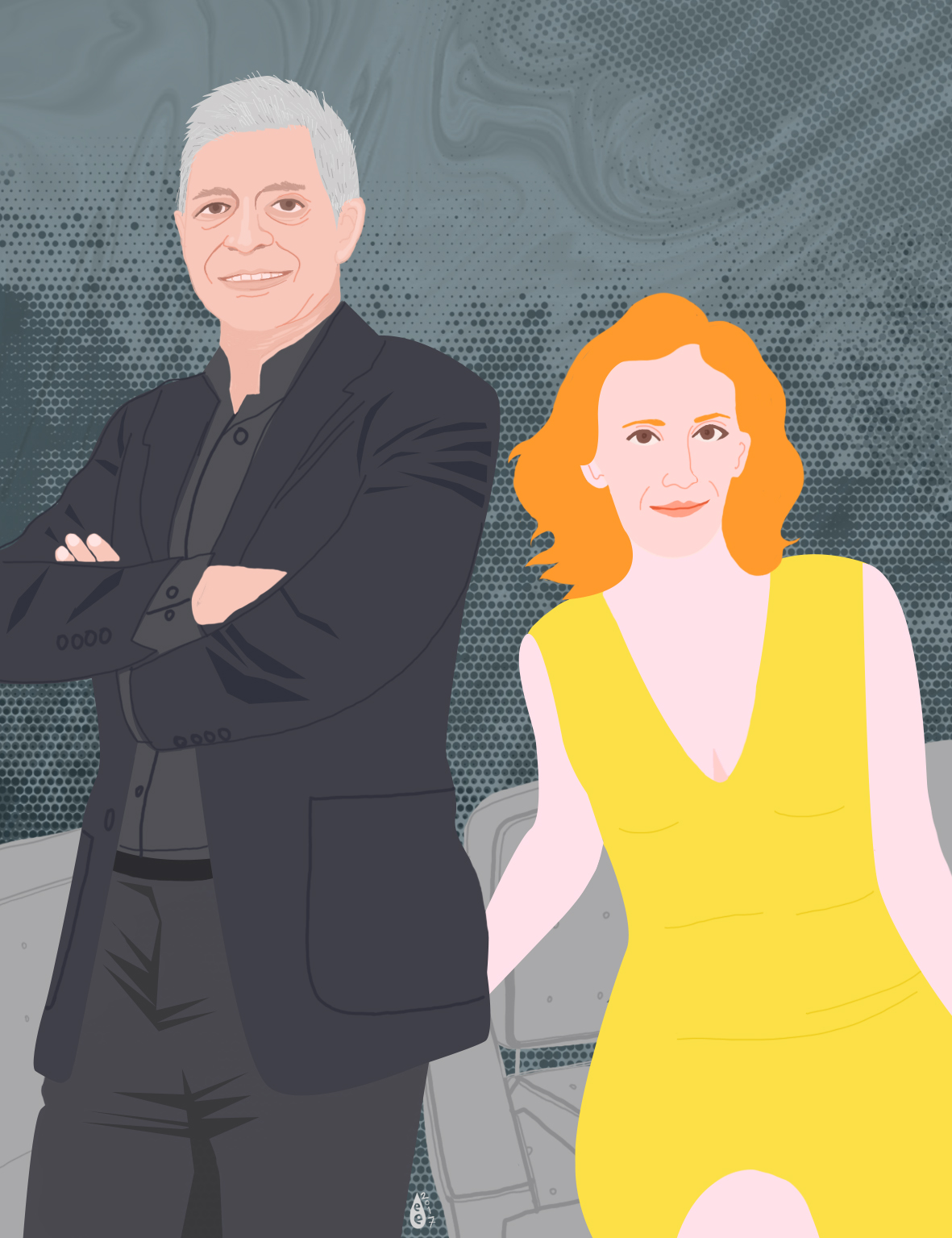 Sylvain Levy, co-founder with his wife Dominique of DSL Collection, chooses his favourite pieces from their collection.

Levy nominates Untitled  Calligraphy by Tsang Tsou Choi as the most iconic work by a Hong Kong artist in the collection. Known as the King of Kowloon, the artist, who was often mistaken for a homeless person, wrote critical messages on walls and utility boxes around the city. He went on to become Hong Kong’s most recognised artist, with his calligraphy displayed at the Venice Biennale in 2003. This piece was included in the seminal solo exhibition The Street Calligraphy of Kowloon Emperor at the Hong Kong Arts Centre in 1997. Its historical significance meant the Levys were particularly happy to have it in their collection.

Installation view of The last Supper by Chow Chun Fai.

Another artist that symbolises Hong Kong for them is Chow Chun Fai. They were introduced to the artist by Roberto Ceresia from Aike-DellArco and Aenon Loo from Gallery Exit, and immediately felt a connection to Chow’s works. Levy also remembers visiting the artist’s studio and being impressed. He and Dominique have always loved collecting video works, making Chow’s so-called moving paintings of realistic scenes from Hong Kong movies, including their subtitles, an ideal fit for their collection.

They particularly appreciate the scale of The Last Supper, from Chow’s Renaissance Trilogy —  not only its physical size (340 x 740cm) but also the subject matter. Leonardo da Vinci’s greatest masterpiece is reinterpreted as a montage of more than 2,200 photographs featuring Chow himself as Jesus and his disciples during the Last Supper.

Ceresia also introduced them to Lee Kit. The first work of his that they collected was Another Sunny Day, which resulted from an impulsive picnic outing shortly after the Sars epidemic in 2003. They were intrigued by the story behind Lee’s painted fabrics and how his daily life became woven into his work. They went on to collect several other installations, including Every breath you take, Lee’s interpretation of the ready-made. Lee is currently part of a group exhibition at Paris’s Palais de Tokyo, in which he is presenting his projections on paintings.

Levy cannot talk about Hong Kong artists without mentioning Adrian Wong. The first work by Wong that the Levys acquired was Sang Yat Fai Lok, an elaborate installation loosely based on the prolific career of Hong Kong television personalities Calvin Wong and Eddie Wang. Wong recreated the costumes and backdrops from newspaper archives and family photos, many of which had not been seen for many years. The Levys find Wong’s background particularly interesting: born in Chicago in 1980, he trained in research psychology and only changed to an art career during his time working with orphans in Armenia and Azerbaijan.

One of their latest acquisitions by a Hong Kong artist is Nadim Abbas’s Cataract, first presented at Experimenta in 2010. They were captivated by the spectacle of the site-specific installation, which features a sound recording of Victoria Falls, and by Abbas’s exploration of spatial perception and his sophisticated visual manoeuvres.