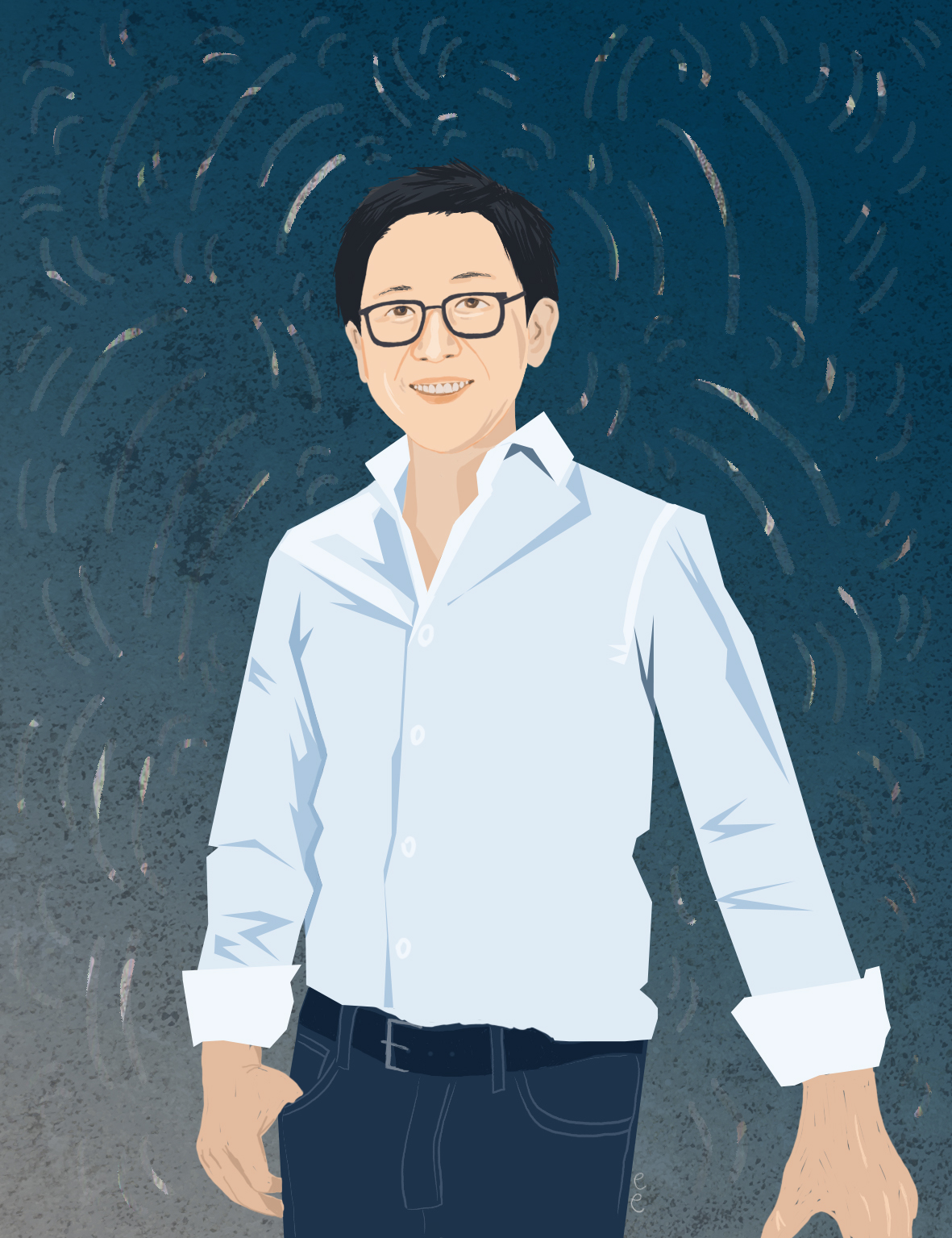 Architect William Lim discusses four of his favourite works from his collection.

William Lim had known Samson Young as a musician, but first saw his art at the 2013 Para Site exhibition A Journal of the Plague Year. Fear, ghosts, rebels. SARS, Leslie and the Hong Kong story. Young had intended the piece on show, Liquid Borders 1, to be a series of four works. Lim was intrigued by the idea that Young wanted to record the sound along the border between Hong Kong and Shenzhen. Young was working with AM Space gallery at the time, and Lim ended up collecting Liquid Borders 1, 2 and 3. These works are constantly lent out to exhibitions, with Lim happy to share works from his collection to promote Hong Kong artists. This year Young will represent Hong Kong at the Venice Biennale. He works with three galleries internationally, and Lim continues to buy his works from all of them.

Lim aims to collect the works of artists he likes at key turning points in their careers, but some artists’ work becomes so sought-after that finding it is difficult, such as Firenze Lai. Lim thought Lai’s work was very personal and introspective when he first saw it at Gallery Exit in 2011, and bought a work from the show. Also, at the time very few Hong Kong artists would do figurative or portrait works. One Lai work Lim owns, Look at You (2012), is on loan to the Venice Biennale. For Lim, this is the ultimate pat on the shoulder for a collector. He prefers to buy work by relatively unknown artists, to encourage them to continue with their good work; when an artist becomes successful, it is a validation of his choice.

Last year, Lim invited young surrealistic oil painter Leung Wing Hong, whose work he had enjoyed in a show at AM Space, to show his work at his office during Art Basel Hong Kong. About two years ago Lim was asked by experimental art space Things That Can Happen to sponsor an exhibition by animator Wong Bing（Wong Ping）, whose work he had seen at M+ exhibition Mobile M+: Moving Images. Lim thought Wong’s work was wonderful, dealing with the subject of twisted sexual encounters in a way that was unique in the local art scene, and agreed to sponsor the show. The artist had no gallery at the time, and no idea how his work could be collected. He moved to Manchester for a residency at Chinese Centre for Contemporary Art (CFCCA) after the show, but returned a year later, and has started working with Edouard Malingue Gallery. Lim has since collected two of his works, and believes he will become the next big success among the artists represented in his collection.