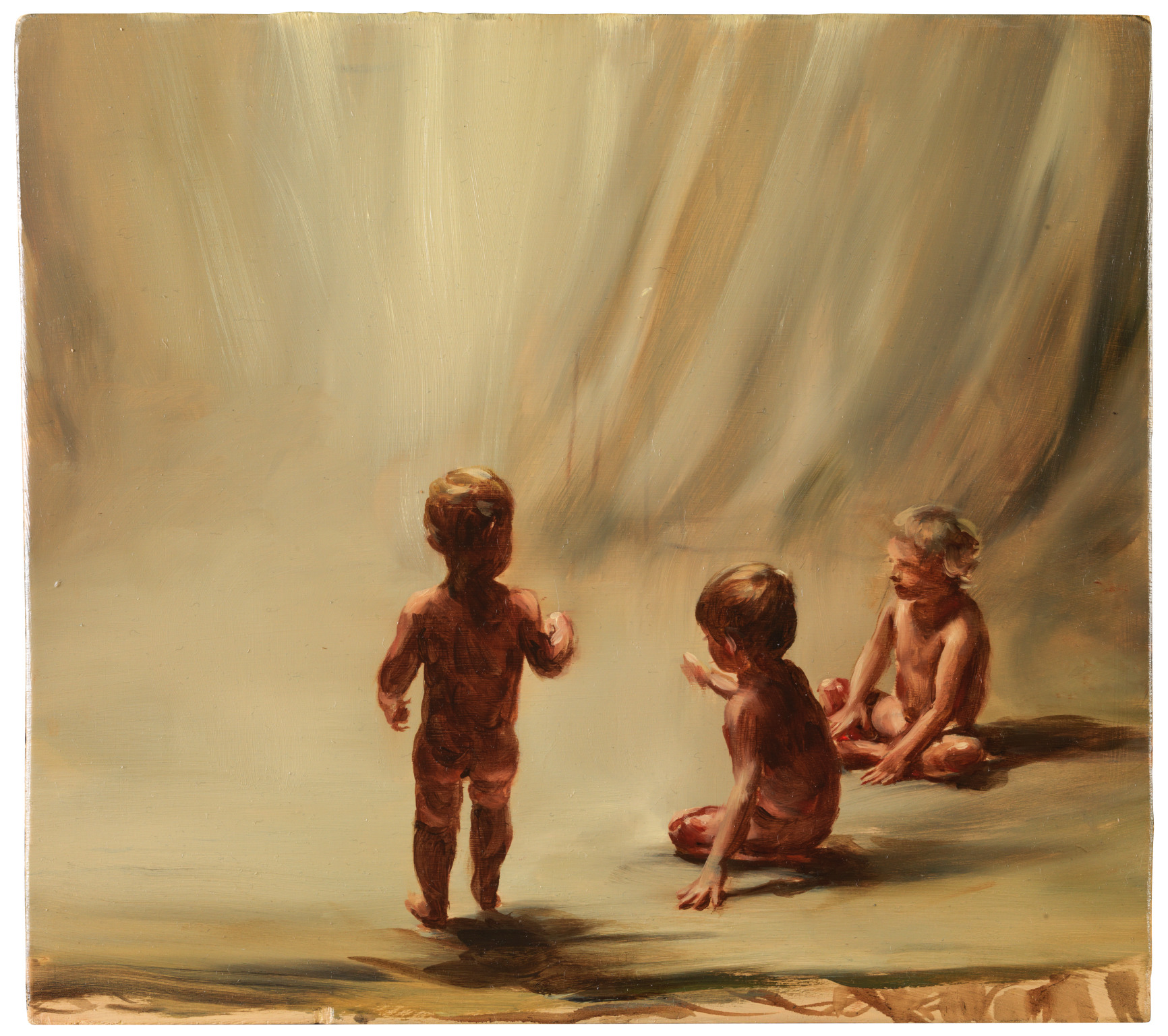 Michaël Borremans: Fire from the Sun

David Zwirner is pleased to present an exhibition of new paintings by Michaël Borremans, inaugurating the gallery’s space in Hong Kong. The exhibition will be the artist’s first solo show in Hong Kong and his sixth overall with David Zwirner.

Fire from the Sun includes small and large scale works that feature toddlers engaged in playful but mysterious acts with sinister overtones and insinuations of violence. The children are presented alone or in groups against a studio-like backdrop that negates time and space, while underlining the theatrical atmosphere and artifice that exists throughout Borremans’s recent work.  Reminiscent of cherubs in Renaissance paintings, the toddlers appear as allegories of the human condition, their archetypal innocence contrasted with their suggested deviousness. Other paintings in the exhibition depict obscure machines, whose enigmatic presence appears foreboding in the context of the toddlers and suggests an element of scientific experimentation.

Borremans has gained worldwide recognition for his innovative approach to painting. Combining technical mastery with subject matter that defies straightforward interpretation, his charged canvases address universal themes with a specifically contemporary complexity. As Michael Bracewell argues in new scholarship on the artist, published in the accompanying exhibition catalogue, viewers are “caught in a strange time loop, in which the nobility of execution ascribed to Old Masters―the re-creation in painting of human presence, caught both stilled, in a particular instant of its being, and for eternity―is placed in the service of vertiginous modernist vision.” As Bracewell further notes on these works, they portray psychological states that are not intended to be decoded: “the scenes depicted by the majority of paintings comprising Fire from the Sun show a state of being or society in which the primal is uncontrolled, without bearings, in a state of anarchy―the Id of Freudian primary process run riot, with no Ego to mediate between instinctual behavior and ‘reality.‘ The art of Michaël Borremans seems always to have been predicated on a confluence of enigma, ambiguity, and painterly poetics―accosting beauty with strangeness; making historic Romanticism subjugate to mysterious controlling forces that are neither crudely malevolent nor necessarily benign.”