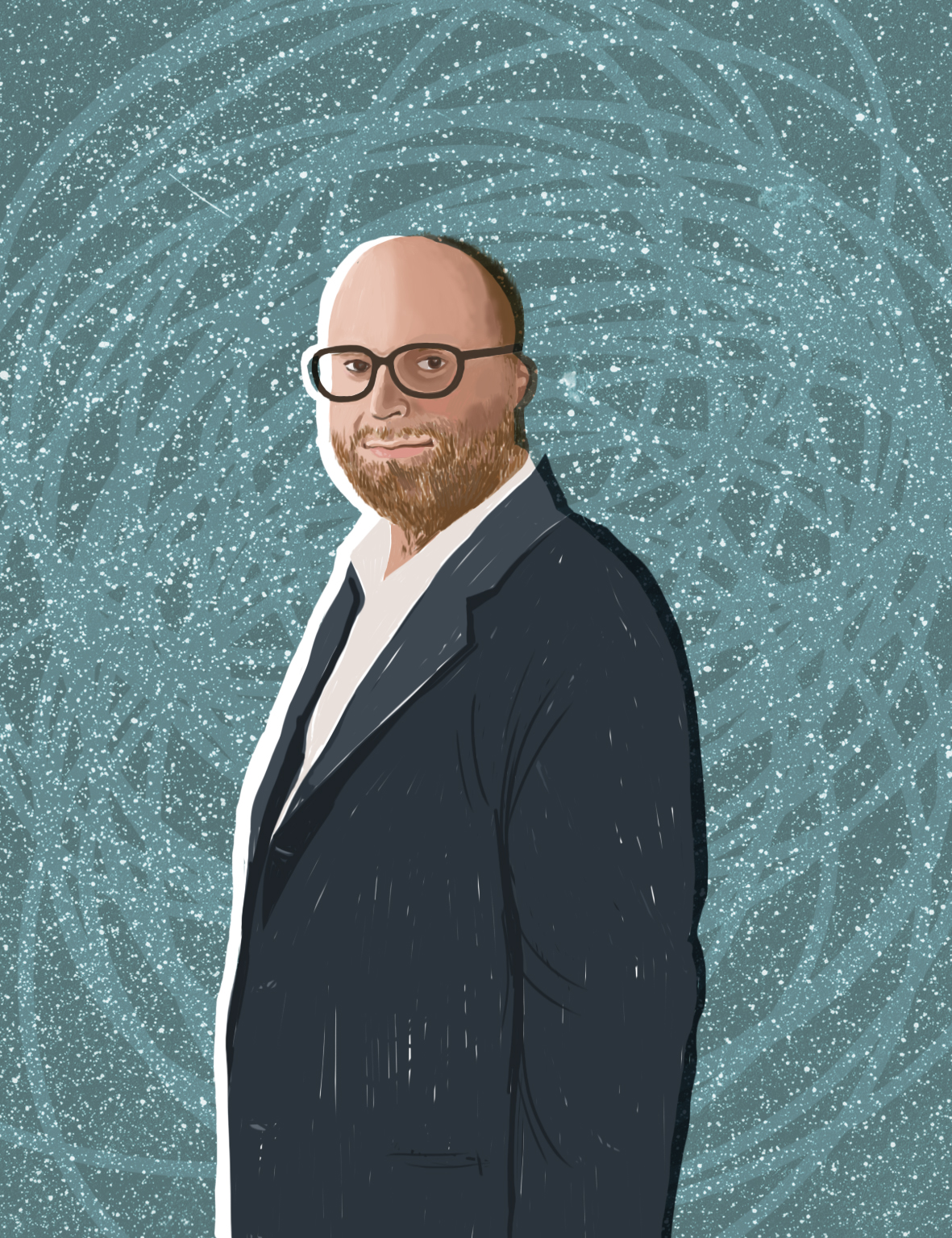 Pizza Express founder Justin Kennedy talks about three of his favourite works from his collection.

I first encountered Michael Wolf’s work in a gallery in Shanghai. From a distance I saw an image depicting a beautiful geometric pattern. I thought this was an abstract print – it was only when I got closer that I realised it was a photograph of a Hong Kong public housing estate. Closer still the geometric regularity gave way to the irregular signs of human habitation. The residents of the flats had adapted each unit to their needs and each had left unique signs of their occupation. These were buildings that I had passed many times, but only through Michael’s framing was I able to see their elemental beauty. Over the next few years I bought quite a few of Michael’s pieces both for my home and the Pizza Express restaurants that we were building at that time. The last piece that I bought was this one, a119, which depicts the inner courtyard of a building in Quarry Bay. This work appeals to me on several levels: scale – it is huge at 180x240mm, and at this size one feels immersed in the image; detail – when you look closely you see the paraphernalia of everyday existence, adding character and depth to the buildings; and perspective – it has an amazing feeling of three-dimensionality. It’s one of the later pieces in Michael’s groundbreaking series exploring the hidden beauty of Hong Kong’s high-rise housing. We tend to think of high-rise public housing as ugly, brutal and neglected. But Hong Kong, without a viable alternative form of housing, has been particularly creative at making a silk purse out of a sow’s ear.

There used to be a small exhibition space outside the Star Ferry in Tsim Sha Tsui and about five years ago I spotted one of Dick Lai’s paintings there. It was a triptych showing the trolley men who work at the Mongkok fruit market hauling fruit. He had painted it on a discarded cardboard fruit box. The market as well as the way of life of the men in the painting was about to be discarded in a similar way to the box. In 2015 we built a new Pizza Express restaurant on Wellington Street. We worked with the designer Hugh Zimmern to create a space that celebrated Hong Kong’s recent street-level architectural heritage. I had always loved the markets in that area, which run along Graham and Gage Streets, and wanted Dick to paint some of the characters that manned the stalls, as I knew that before too long they would be moved on by redevelopment. He came up with the brilliant idea of painting their portraits on large, round chopping boards like the ones used in the market. He painted nine of them in total, and every time I visit the
restaurant it brings a smile to my face to see these neighbourhood characters preserved for posterity.

As a city we have become world leaders in reshaping the natural environment to our needs but here and there nature reasserts itself. Siu Wai Hang‘s series Metropolis Chlorophyll celebrates the tenacity with which nature clings on in small patches all around Hong Kong. Throughout the city there are trees growing in the most improbable places – some aided by people and others in spite of them. Wai Hang used infrared photography to bring out the contrast between the trees and their surroundings; as a result the trees pop in slightly unfamiliar rusty hues while the urban landscape that surrounds them is grey and dull. This series is a wonderful celebration of perseverance and an apt metaphor for Hong Kong’s own story of continued survival against the odds.