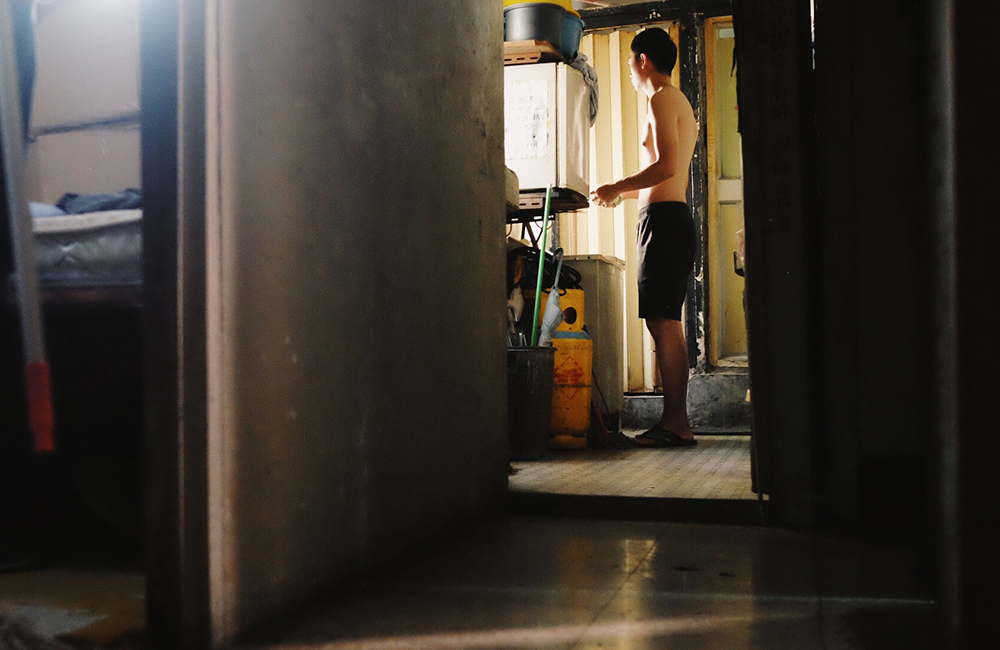 The impact of dementia on a family; a straight-A student’s struggle with a speech impediment; kintsugi, the ancient Japanese art of repairing ceramics; premature ejaculation; prostitutes, rappers and farmer-robbers – the 2019 edition of the Fresh Wave International Short Film Festival is a kaleidoscope of youthful creativity. Alongside an international selection, a Japanese and Taiwanese talent showcase and the opening gala premiere of feature film The Pluto Moment by Chinese sixth-generation director Zhang Ming, the festival’s heart is its local competition, where 20 short films by aspiring Hong Kong filmmakers compete for four awards.

Now in its 13rd edition, Fresh Wave was launched by renowned Hong Kong filmmaker Johnnie To. Its aim is to discover and nurture new talents
in Hong Kong, where the film industry has struggled to sustain its rich legacy since it suffered a downturn in the 2000s while mainland China-Hong Kong co-productions bloomed, siphoning off established directors and creative talent northward. During the heyday of Hong Kong cinema in the 80s and 90s, Hong Kong actors and directors were beloved across Asia and beyond. But since the 2000s, the Southeast Asian market for Hong Kong films has all but disappeared, while big-budget action films with international appeal turned their focus to the growing mainland Chinese market, now the world’s second biggest. The number of Hong Kong productions per year has been on a steady decline for over a decade, now hovering around the 50 mark; the industry used to produce more than 200 films a year in the 1990s, and more than 400 during the 1960s. Whereas traditionally, aspiring Hong Kong filmmakers honed their craft on set, climbing from the bottom of the food chain, the diminishing number of local productions presents no opportunities for new generations of local talent. Fresh Wave is To’s attempt to identify the people who will carry the torch when veteran directors leave the scene.

Among the young local filmmakers to have made their name in recent years, many of the most distinguished are Fresh Wave alumni: Wong Chun, whose feature debut Mad World garnered three statuettes at the Hong Kong Film Awards, and who was selected to represent Hong Kong at the Academy Awards in the Best Foreign Language Film category; Jevons Au, who won Hong Kong Film Awards two years in a row for co-directing Ten Years and Trivisa; Oliver Chan, whose first full-length film Still Human’s leads Anthony Wong and Crisel Consunji won Best Actor and Actress in April. The competition, eligible to aspiring filmmakers aged 18 to 35, gives them a HK$100,000 subsidy to produce a short film of 10 to 30 minutes, and provides mentorship and workshops to guide them during the filmmaking process, and a chance to screen and distribute the work. Some participants have ended up getting hired by To’s production company Milkyway Image, while others have won the government-sponsored First Feature Film Initiative and made their mark in the commercial film world. “Compared with other art forms, filmmaking relies on teamwork, and needs money to make it happen,” says Amos Why, one of the three jury members who made the first-round selections in the local competition. “With Fresh Wave subsidising each selected director, its contribution is immense.”

Why, who was on the judging panel for the third time, says there was outstanding work among the 300-plus submissions this year, but just as important was how the 40 shortlisted filmmakers presented their ideas to the jury panel during face-to-face interviews. “It should be something that every screenwriter and director should be able to do, but unfortunately it isn’t the case,” he says.

For Eric Tsang, director of A Thousand Sails, the second opening film of the festival, the process has been a steep learning curve. Tsang made the 16-minute short film with the Fresh Wave Award cash prize he won in 2018 for Umbrella. A journalism and communications graduate, he has participated in the Fresh Wave competition since 2013. “I was not a film student at university, so for me Fresh Wave has been a film school and let
me learn from scratch through practice,” he says. “The Fresh Wave Award has been a big encouragement, like a certificate of graduation. Fresh Wave gives complete creative freedom to the participants, which is very rare.”

Ryan Chan, who directed this year’s local competition entry Old Man and A Dog, which portrays the developing bond between an elderly man with terminal cancer and an abandoned canine, also treasures this freedom. “The most successful thing about Fresh Wave is that it not only provides talents to the film industry, but it also brings possibilities to Hong Kong cinema,” he says. A lamentation on death, and specifically euthanasia, his 30-minute short film explores a subject seldom seen in Hong Kong films. “The process to understand death is filled with desperation; it helps to establish our values and understand our meaning. A sense of powerlessness has permeated our society in recent years, so it is very important for us to think about and discuss these issues.” Chan adds that the chance to delve into uncommon themes will encourage the emergence of newcomers. “Fresh Wave gives participants room to express their subject matter, storytelling styles and even ways of production, so it is instrumental to the growth of filmmakers. The production grant it gives to participants might not cover the entire production cost, but it serves gives them a push towards achieving their goal.”