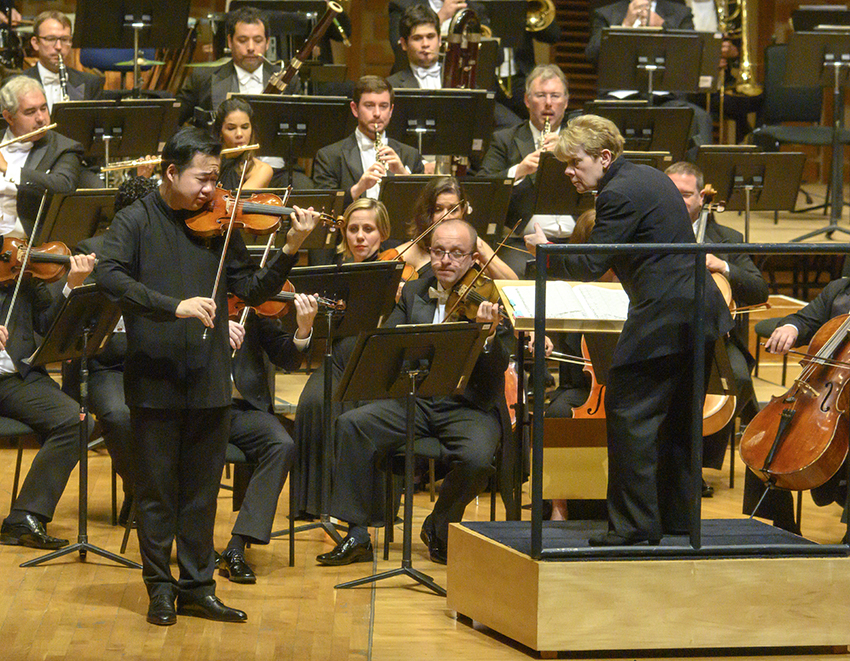 This year’s Hong Kong Arts Festival opened with the local debut of Brazil’s São Paulo Symphony Orchestra and the US’s Marin Alsop, in her final season as its music director. Four works that are completely unrelated to one another made up the concert programme, presumably a showcase for the versatility of both orchestra and conductor. The tactic would have been more successful had the selection of works been better thought out.

Prokofiev’s light, cheery neoclassical First Symphony (1917) began the concert and fared best, with various details clearly audible, thanks to the fine orchestral balance and the moderate tempi employed in all four movements. But the third of these, a gavotte, suffered from very mannered ritardandi on the upbeats, which greatly impeded the flow of the dance rhythm, a problem that was to resurface later in the evening.

Next was Paganini’s Violin Concerto No. 1 (1810s), with mainland China’s Ning Feng joining in as the soloist. His confidence in his mastery of the dazzling range of violin techniques used in the work was evident from his fearless, fiery attacks, and the treacherous passages were rendered well, with some exceptions, such as those in harmonics in the rondo, which were quite muddled. Ning could however have worked more on expression in this music, which, despite its formidable technical challenges, calls for a sort of unruffled elegance rather than impetuous showmanship. He performs in Hong Kong regularly, yet Alsop and her orchestra played an undemanding, chiefly accompanying role in this longest work in the programme, and this scarcely helped familiarise the audience with them.

Their unfortunate choice of tour repertoire continued with thesix brief excerpts that followed, totalling just 12 minutes, from Brazilian composer Camargo Guarnieri’s soundtrack to the 1958 film Rebelião em Vila Rica. These folkish miniatures are neither consequential nor characteristic of a composer known for his powerful, serious works that eschew predictable “exotic” appeal. The orchestra’s performance of such pieces, albeit perfectly idiomatic, was a disappointing attempt at championing an important compatriot.

The concert concluded with the suite from Strauss’s 1910 opera Der Rosenkavalier. The work makes full use of the large orchestral forces, but while balance among voices was about as good as it had been earlier in the concert — a strength that here added much to the charm of the tender, delicate passages — the orchestra as a whole rarely produced a sumptuous, full-bodied sound. The steamy love scene at the outset lacked passion and was rhythmically rigid. Indeed, rhythm was the major weakness of the performance, in a work containing so much waltz music. Here the rubato was even clumsier than in Prokofiev’s gavotte: the hesitation before each upbeat at the start of the first waltz, in particular, created the effect of four-four metre and thus destroyed the waltz time. Alsop’s way with this quintessential Viennese dance is surprising; in September she is to assume leadership of the Vienna Radio Symphony Orchestra.