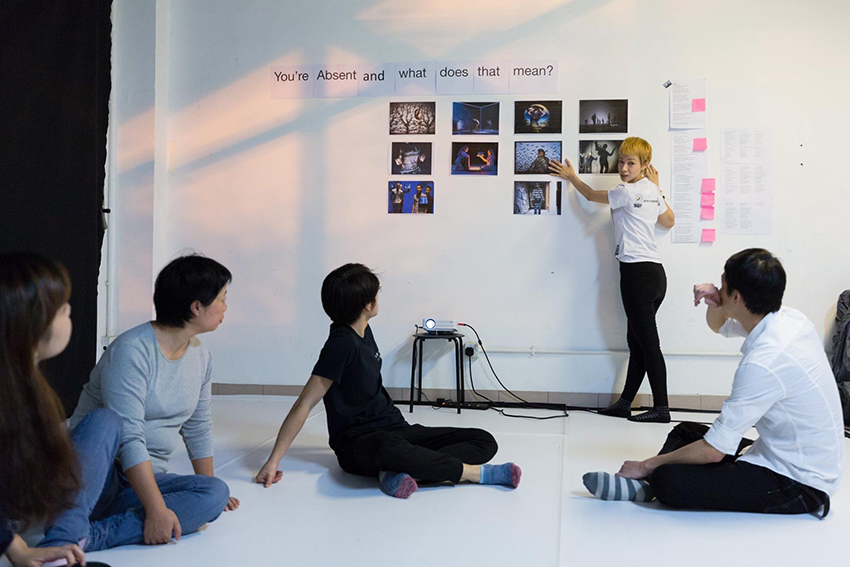 No one’s route into as niche and demanding a field as immersive theatre is a straightforward one. But for Onnie Chan, founder and artistic director of Banana Effect, Hong Kong’s first immersive theatre company, hers has particularly deep roots.

“My father died when I was very young,” she says. “It made me a bit disconnected from people, and kind of confused about my own identity. When I was about nine or 10 years old, I realised I could get connected with the world again through drama.”

That search for connection, she adds, has powered her entire career. “That word is very important throughout my theatre journey. Through acting, I thought I could connect with people around me.”

It eventually led her to apply for the acting course at the Hong Kong Academy for Performing Arts behind her mother’s back, and after five years of study, she was offered a full-time job by the Hong Kong Repetory Theatre. It was her dream come true – but something was missing.

“A big theatre company is like a corporation; everything is very structured. I felt disconnected – it was like going to the office.

And theatre is all about performers performing; it’s kind of disconnected from the audience.”

She decided to continue her studies at London’s Royal Central School of Speech and Drama, and it was there she discovered immersive theatre, putting on shows with fellow students, often in bars.

Six years ago she came back to Hong Kong and found the city not quite so receptive to the concept. “It’s so difficult to explain what immersive theatre is in Asia,” she says. “I couldn’t find anyone who understood it.”

Help came from an unexpected source when she met a friend of a friend who was involved in creating escape rooms – live-action role-playing games in which players collaborate to solve puzzles – and eventually became creative director of game room company FreeingHK.

Channelling Hongkongers’ love of gaming proved a fruitful entry point for Banana Effect; its first production, The Game Of Life, was structured like a game show. Other shows have included Alice in the Stuckyland and The Last Journey to the West, loosely based on the respective literary classics.

In addition to immersive theatre, Chan also hosts immersive storytelling workshops for children, as well as teaching tour guides, including the docent training at West Kowloon’s Xiqu Centre. The common thread through all of them is human interaction.

“What I really like is not giving a message to the audience but that they start thinking about other questions after the show; I want to make ripples in their lives,” she says. “After a show about absent fathers, one man came up to me and said he hadn’t talked to his father for 30 years. I told him: ‘OK, this is the first step – what you do now is up to you.’ This is what I want. This is what I figure connection is really about. I was a very disconnected child; now everything’s about making connections.”