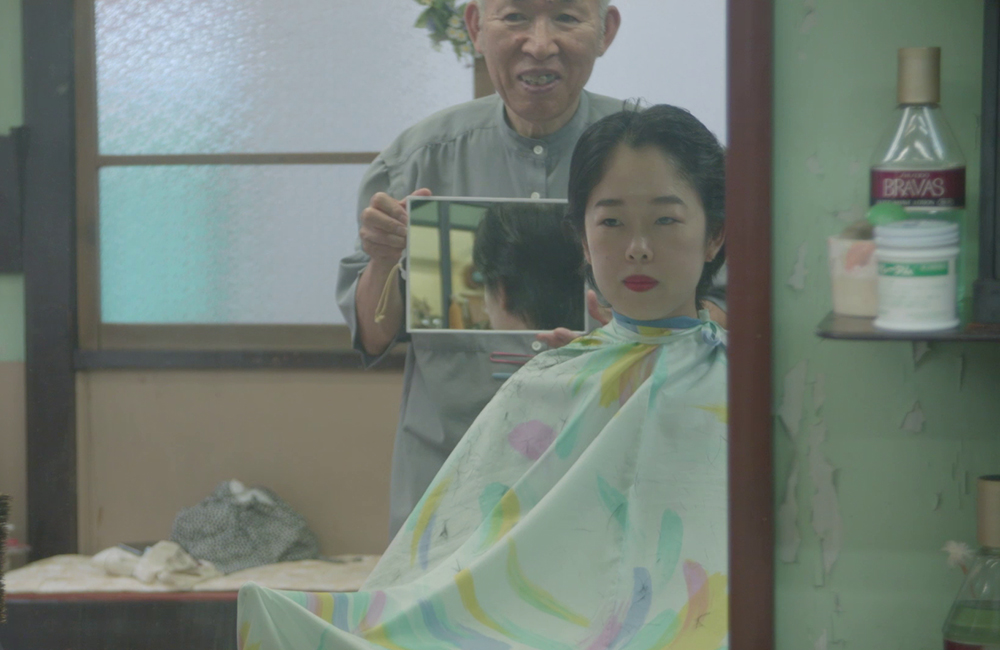 Of Myth and Memory / 關於迷思與記憶 /

It’s research, but call it art – Hong Kong artist Lee Kai Chung’s practice questions the nature and reliability of archival documentation, and his latest focus is a chilling incident that should have been difficult to erase

The setting for Lee Kai Chung’s latest exhibition, The Narrow Road to the Deep Sea, at ACO art space, is small, and holds just five works. But the show’s impact on the mind is big. The starting point and impetus for these works, as with all of Lee’s output, is a historical incident – in this case the Nanshitou Massacre, a blip in our collective history that is little known and documented.

The episode, which harks back to the Japanese occupation of Hong Kong during World War II, begins with an attempt at population control, in which some half of the city’s 1.6 million population were expatriated or repatriated. Of that 800,000, an estimated 100,000 ended up detained at a concentration camp at Nanshitou in Guangzhou, where they were subjected to bacteriological experimentation for germ warfare. Those who did not survive the ordeal were disposed of unceremoniously in an acid pond able to dissolve entire corpses en masse.

History – both the well documented and the speculative – has often been fodder for art, but rarely does the actual research become part of the final product. In Lee’s exhibition, the facts that frame the incident are integral to the work, so much so that a limited-edition, self-printed catalogue is almost a sixth piece, an essential component that loans context to the whole. In other words, Lee’s execution of the research is more than just background intelligence – it’s as much a part of the artistic process as laying paint to canvas.

Though he may have identified as a researcher during the undertaking, Lee’s approach obviously differs from the average historian’s. “I’m not trained as a researcher or scholar, so my methodology has shortcomings. Or I might focus on something that isn’t typical, for example the texture of a sheet of paper,” he explains. “Using my own unorthodox methodology – which includes personal interviews, film research, picking up scraps here and there – I do gain a different perspective. But I’m not strictly able to differentiate that ‘this part is research, and this part is art’. At the minimum, though, the requirement that I give myself is to create a formal documentation of my research findings, because much of the material that I find cannot be communicated purely through visual representation.”

Each individual work at ACO provides a different, non-linear entry point into the tale, using primarily video but also photography, performance and sculpture to showcase various human facets of the experience. In the centre of the room, the sole sculptural piece, The Digger, is a combination of a ready-made with a recorded performance. A small TV from a bygone era is perched on a medical supplies cart stacked with empty apothecary bottles. On screen, Lee is at Tokyo’s Toyama Park, the former site of a military medical school at which many medically mutilated bodies were excavated in the post-war years. He is digging a hole – a re-enactment of the manual labour POWs would need to undertake, and a reimagining of their concurrent internal struggles in dealing with the wartime culture of violence. The hole is eventually covered with a blue plastic canvas – a body of water – which itself becomes camouflaged by rainwater and dirt till it blends into the scene. A photograph of this debris forms the second work. “Instinct told me to dig a hole, not in an intention to excavate anything but to create a depression that can fit in my body, covered with a piece of ‘sea’,” Lee writes in the accompanying catalogue, and this instinct also connects the historical episode with a more personal one from the artist’s own past, during which his secondary school art teacher produced a skull excavated from beneath the school grounds and suspected to be from wartime as a prop for a life-drawing lesson. “Through hours of physical labour, I felt the buried consciousness of the living, the dead and the evil, as if [I were among] the refugees in Nanshitou camp, who dug their own graves.”

The chilling aura that permeates these two works transcends any need for background information, but the availability of accompanying historical information creates the same psychological response that today’s constant stream of breaking news does for those who are wary of the coronavirus – the more knowledge you have, the scarier it is. And once the words “bone-dissolving pond” have been placed in your consciousness, they are difficult to erase. Underscoring the visual of the blue sheet is the fact that the gallery floor has been carpeted in that same canvas, so that viewers must traverse this “deep sea”, under which lie stories untold and bodies unavenged.

The remaining video works, projected on three walls, are vignettes inspired by or taken from oral histories Lee gleaned from survivors.

“In history, there are no sympathies,” he notes. “What historians generally seek is information. Mainland historians might take an incident and make it polarising – the Japanese invaded, thus they are the enemy. And this ‘us versus them’ narrative inherently creates bias, and as a result details that don’t support this narrative might be lost. In history books, you rarely read of the emotional side. But I feel that the value of the emotions can outweigh the information. “An oral history can give you a completely different story – for example, you can talk to someone who’s lived through the Cultural Revolution but whose daily life wasn’t substantially affected by historical events; they just continued their usual routine. The details of everyday life are what interest me the most, but these are also the aspects that are most likely to be cast aside.”

The Smoking Lady shows a woman, her hair cut short, enjoying a cigarette, a reimagined incident in which a young lady prepares to disguise herself as a boy and flee to mainland China in order to escape potential atrocities that could befall her should she be captured by Japanese soldiers. The Enka Singer is inspired by testimony from a Japanese veteran charged with handling corpses and the words of a popular doggerel chanted by refugees. The final work, The Remains of the Night, is a two-channel video with interacting dialogue, featuring characters real and imagined, suffering from hallucinations due to their dire circumstances.

That the venue is dark and dank and uncomfortably immersive adds to the drama of the work as well as the viewer’s trauma, and that many will be encountering the facts of the incident for the first time works very much to the artist’s advantage – one wonders whether the effect would be quite so raw if the subject matter were one as well ploughed by popular culture as, say, the rape of Nanjing.

That history repeats itself is a truism. But the idea that the incident is tied to expatriation and medical experimentation also makes it strangely resonant with current events – a fact of which Lee is well aware, and which certainly influenced practical decisions. “When I started the project it was at the dawn of the anti-extradition movement, which seemed apt, because the issue at hand related to expatriating Hongkongers [to stand trial in mainland China]. The incidents aren’t exactly similar, and I can only say that the movement was an inspiration for me. Then, at the beginning of the year, I began to see concrete recurrences of incidents from that period: refugees who were taken onto ships and imprisoned there pending results of ingesting experimental pathogens are muchlike the passengers of Diamond Princess, though at that time, they were tracking how long passengers would live after having the contaminated food.”

In the end, it was the relevance to current times that convinced Lee that now was the time to show, as galleries across Hong Kong postponed exhibitions in the wake of Art Basel’s cancellation, and in spite of the fact that he regards the project as only half complete, and wishes to continue his research, finding further survivors who can contribute anecdotal evidence.

“If 10 out of 10 indicates full marks for the wealth of verified material available relating to an incident, then in this case I’d give a score of 0.5,” Lee says, indicating just how sparse the documentation is. The reason, he suggests, is because the victims were “mere Hongkongers”. It’s natural that the offenders would erase traces of the incident to prevent being indicted for war crimes, but Hong Kong’s awkward status as a British colony at the time means the Chinese government might not ever have been particularly concerned with uncovering details, either. Further complicating the issue is the SAR’s complicated relationship with the mainland. “My identity as a Hongkonger is definitely a roadblock to accessing materials. Hong Kong is theoretically a part of China, but [at the archives] they would treat you as a foreigner. You’d need a reference letter, which you need from a mainland organisation. And that is sensitive for someone like me to get. And then they want to know what you’re looking for, and why.”

It’s a problem common to many of Lee’s projects, past and ongoing. The Narrow Road to the Deep Sea is the second in a five-part series that Lee has planned, traversing multiple wartime incidents that deal thematically with displacement.

The work that Lee executes is political in nature – it questions the absolute nature of archival documentation, its accuracy and availability, and also the cultural liabilities associated with various regions and governments. But at its core, his practice is as much about emotion as it is about revelation – about uncovering and recording aspects that are human and historical. “What is my purpose in dealing with history as a theme?” he ponders aloud. “Am I just creating a retrospective to shed light on a past incident to allow others to have context to critique current events? If it were us and this was happening today, how would we deal with the situation, and our emotions? My purpose, to me, is rather clear – to uncover the emotional side of history.”