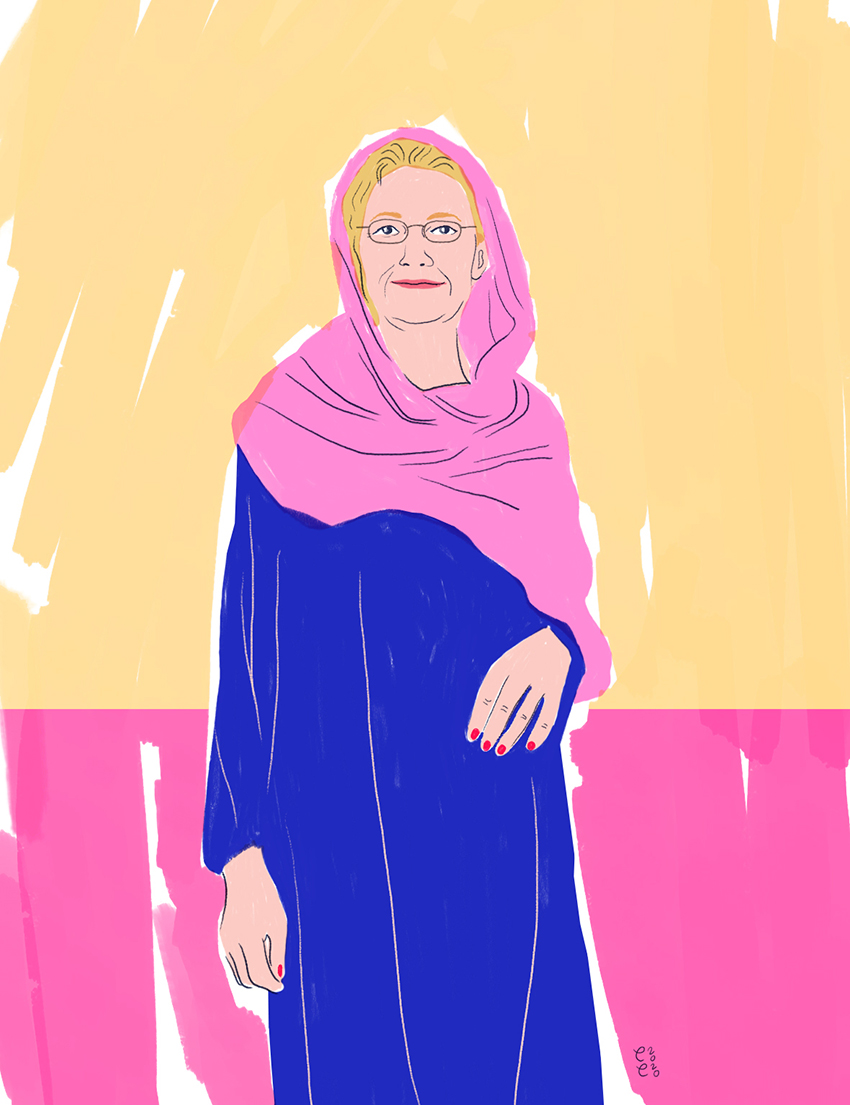 Food historian Octavia Fox talks about three of her favourite pieces in her collection.

Antonio Casadei was an Italian artist working in Hong Kong during the 60s and 70s. His name is now little known but you would have walked past his work on numerous occasions: the ceramic screens in Statue Square are his, as are the back-lit glass wall in the lobby of the St George’s Building and the public sculptures in Mei Foo Sun Chuen. I think he was a great ceramicist and he must have had a substantial kiln somewhere in Hong Kong to produce works like the chunky bas reliefs which once graced the lobbies of the Prince’s Building. I have two of his paintings, which my father bought when Casadei was selling art door to door – most probably on his arrival in 1962. These paintings must have been produced in Italy before his arrival but they are, for me, very much a part of that era in Hong Kong.

Eizō Katō was a Japanese landscape artist who worked in both Hong Kong and Japan. I think his day scenes are nothing special, wispy and hesitant in line and colour, but he painted a series of night scenes of the harbour and the West Lamma Channel which seem to be by a completely different calibre of artist. In these paintings boat lights and the distant buildings of Hong Kong are picked out in gold against a cobalt blue Peak and a moody obsidian grey sky. They capture the harbour as I remember it as a child, when you could sail after work from Queen’s Pier to Tseung Kwan O (Junk Bay) for a swim and then come home after dinner at Lei Yue Mun. It is difficult to gauge when these were painted but given his age (born 1906), the war years and the lack of advertising signs on the buildings, I would say 30s. There is a beautiful large work of this type in the Hong Kong Maritime Museum.

Arthur Hacker, artist, author and historian, would be known to any member of the Foreign Correspondents’ Club, where a model of his iconic anti-litter character Lap Sap Chung is proudly displayed. Hacker studied at the Royal College of Art in the 60s, was a contemporary of David Hockney, RB Kitaj and Patrick Caulfield, and came to Hong Kong in the early 70s to work for the Information Services Department. During the 70s and 80s his work was all over Hong Kong: on stamps, on posters and in the many books he produced on Hong Kong iconography. His work can be seen in Hacker’s Hong Kong, a book of his drawings which is an interesting historical document: people playing cricket under the Mao-emblazoned Bank of China Building, bar girls and US servicemen in Wan Chai during the Vietnam War, miniskirts and flared trousers; his drawings always told a story in the tradition of 18th-century caricaturists but as you get drawn into each scene, it’s easy to miss the brilliance of his draughtsmanship. His drawings are spare; with a few lines he is able to define a person’s volume or a martini glass. Yet these drawings are covered in a latticework of baroque curlicues which form beehive hairdos, waves lapping against junks or steam rising from a dim sum basket – somehow these two different parts to his style always form a harmonious whole.