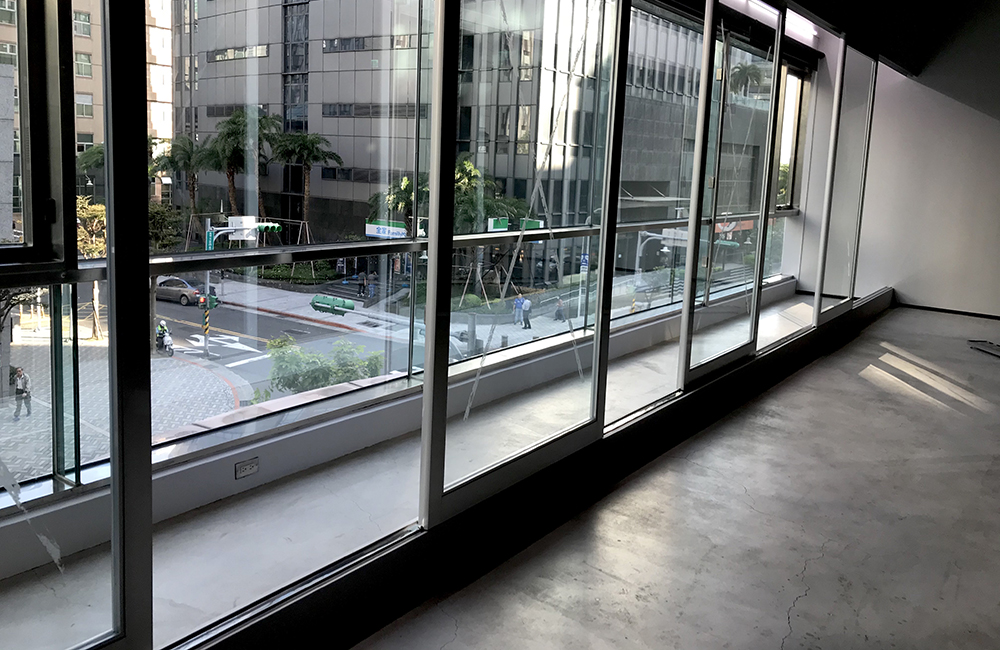 Kong Chun Hei’s solo exhibition at TKG+, Raise the Dimness, stands out for its adaptive use of space and effective creation of tension between works. Thenine works which comprise the exhibition prove highly complementary, echoing similar concerns also seen in other works by Kong.

Non-stop Stop (2019), a single-channel video work depicting two hands in continual motion, as if clapping but never fully meeting, frames the viewer’s entrance into the gallery space. Attention is next drawn toward Flooding (2019), which runs diagonally through the length of the exhibition and consists of 20 stainless steel water gauges placed on the gallery floor. Flooding and another piece, Signature Work II (2020), an acrylic LED lightbox showing a grey static field affixed to a barrier in the centre of the gallery, which has two rooms, further divide the exhibition space.

Standoff (2019), a large installation that occupies an entire wall, consisting of several dozen darts attached to it, occupies the viewer’s attention in the first room. Illumination from an LED light tube placed nearby causes the darts to project long shadows, giving the impression of unitary motion in one direction. Behind the wall, adjacent to the darts, is a dartboard. Standoff suggests, then, a sense of suspended tension in the disjunction between the objects, the darts conveying a sense of strong motion, yet motion apparently misdirected away from the intended target of the dartboard.

Parallel to Standoff in the second room is The Sliding Myth (2020), constructed out of four pieces of tempered glass on a sliding track in front of the gallery window, and resembling Kong’s earlier It’s a Myth (2017). Looking more closely, what appear to be the remnants of tape on the glass, as if tape had been attached to it to prevent shattering during a hurricane or typhoon, are actually scratches on the window surface. In this way, The Sliding Myth and Flooding both carry a sense of foreboding, with the suggestion of rising waters or preparations for an oncoming storm. Consequently, a subtly apocalyptic register pervades the gallery space.

The only work in the exhibition that’s not from the past two years, Be free from your burden of luscious color (2017), which is displayed outside the gallery, differs from the other, mostly monotone works in its powerful use of fluorescent colour. Fashioned from an electric bug zapper, it features two LED light tubes that shift between blue, pink, green and purple. Though the work seems somewhat at odds with the rest of the exhibition, it also partakes in the act of repurposing mundane objects found in other works. The tension drawn out by the works in the exhibition is to be found in the everyday, apparently.

The exhibition proves more than the sum of its parts, relying on the naturally complementary nature of the works to create a sense of quiet foreboding, even dread, in the viewer.