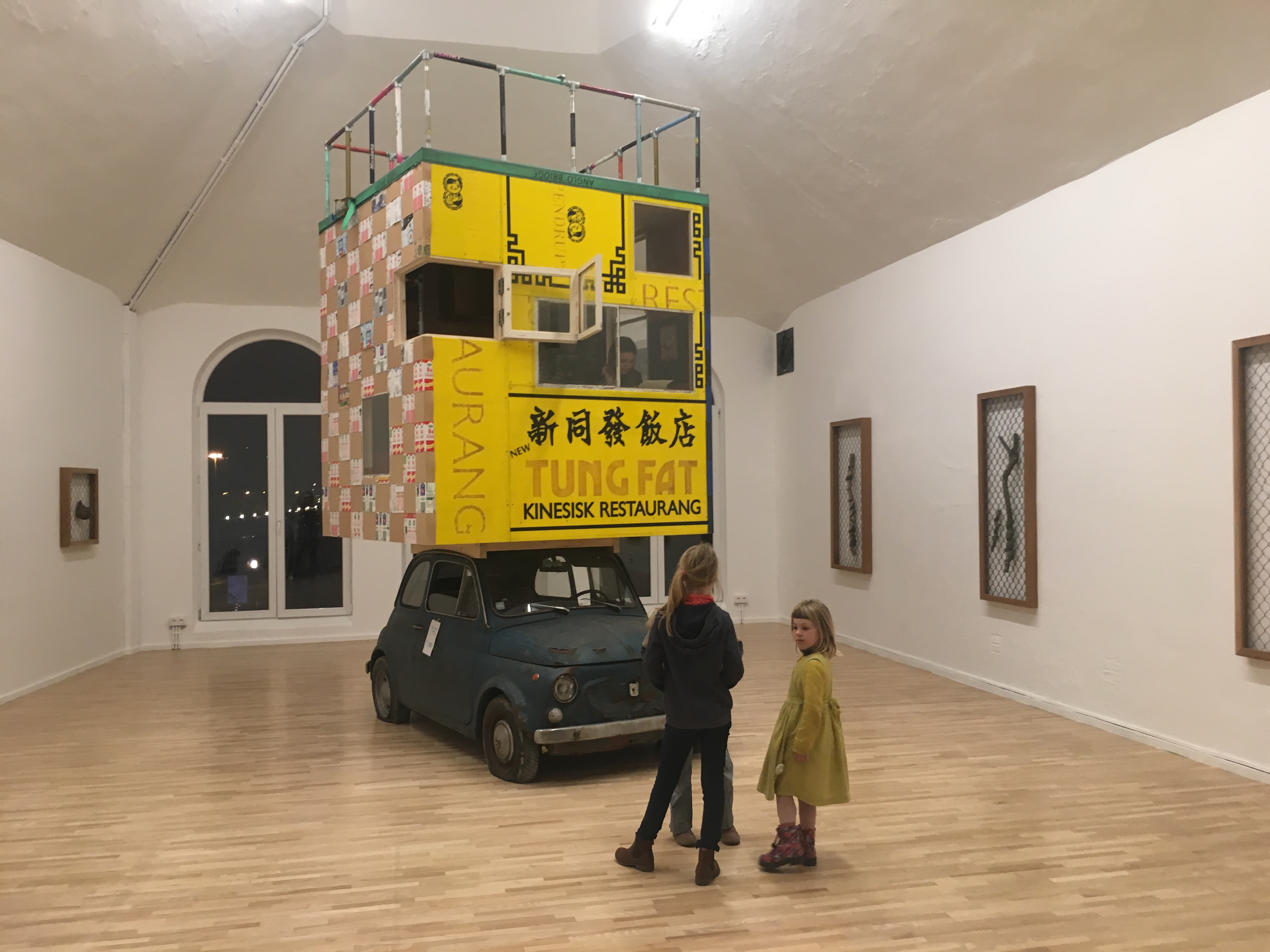 One percent or 99 percent?

That’s the dilemma for a lot of public cultural institutions when it comes to putting on a show. Artistic excellence does not necessarily translate to public appeal. If an exhibition is skewed towards the one percent of educated art aficionados, it can easily become irrelevant. But if it aims at a wider public, the populist approach could mean foresaking certain artistic qualities.

Walking that fine line is no easy task, but some institutions achieve it. They are characterised by a welcoming atmosphere and put on shows that are playful and easy to understand but also stimulating; children and adults can enjoy the shows without the need of patronising guided tours.

The exhibition Wonderland, which runs until April 15 at the Millennium Iconoclast Museum of Art (MIMA) in Brussels, is a nice example. MIMA is a young institution located in the Molenbeek neighbourhood. Housed in a century-old brick house that was formerly a brewery for Belle-Vue Kriek beer, it is located right by the Brussels-Charleroi Canal that separates the centre of Brussels from the neighbourhood, which has a large Muslim population and was once known as Little Manchester.

The neighbourhood, and the museum’s 2016 opening, might have been haunted by the brutal Brussels terrorist attacks in the same year that delayed the opening by a month; Molenbeek is the hometown of several extremists who have carried out attacks in Europe in recent years. But the crisis gave the museum’s operators an opportunity to create an institution that is warm, welcoming and distinctively different, a self-styled showcase of “culture 2.0”, meaning art from subcultures, in order to attract culture lovers to cross the canal.

Judging from the January 26 vernissage of Wonderland, MIMA has succeeded. There was none of the clinking of champagne flutes and air-kisses usually seen among the one percent at art openings. At MIMA, the vernissage only meant the first evening of the exhibition opening to the public free of charge, and the museum closing much later than usual.

The vernissage was crowded with families and art lovers both young and old, and the show by Swedish art duo Akay & Olabo demonstrated the potential and power of art to engage with people of all ages while posing questions that challenge their perception of legality and boundaries.

Akay & Olabo started out as graffiti artists, and still create street art and installations. They venture into spaces that are off limits, testing the boundaries and questioning the authorities’ power over civilians. These questions are highlighted in Wonderland, but in a way that is fun and engaging.

Greeting visitors on the ground floor is a large-scale installation of TV sets showing live views captured by CCTV cameras from a variety of angles. Children and young people might have fun seeing their faces appear on the TV screens, but the work asks a bigger question about surveillance, and how we often surrender our privacy without being asked.

Upstairs are two large-scale installations. One of them, Crime Scene Investigation, documents Akay & Olabo’s trespassing in abandoned places around Stockholm that are closed to the public. Pictures of these locations and stories about the break-ins form a large collage on the wall, and each picture is physically tied to a set of keys found at the location depicted in the picture. The collage might seem to be messy but the content can be mesmerising, with many young adults taking their time to study and contemplate every single detail of the art duo’s journey.

On the other side of the gallery lies a massive wooden installation, The Corridor, which challenges viewers’ conception of street art, and of bringing street art to a museum setting. The installation is divided into small rooms, in each of which is an installation made of raw materials or videos. But in order to access these works, visitors have to figure out how to open the door; every door has different locks and some of them are deceptive. Children and adults alike had a great deal of fun exploring the rough-looking piece.

Another highlight of the show is an interactive game in the gallery on the second floor. Nearly a dozen combination locks are left lying on a long table and museum-goers are invited to crack the codes. But this is not supposed to be a one-person effort. A book listing all the codes from 0000 to 9999 lies next to each lock, and visitors are asked to cross out the codes that do not work. Behind much of the excitement at the vernissage lay an the experiment in civil disobedience, with that collaborative effort needed to crack the code.

March is the peak season for art in Hong Kong, and Wonderland and the MIMA should give us pause for reflection. As multi-million-dollar “high art” is being traded in Hong Kong, what kind of definition of art does that convey to the public? Is art a big investment tool or an attitude of questioning the status quo? And, more importantly, will new institutions in Hong Kong and Asia dare to show works that are challenging and that were created under somewhat illicit circumstances, like MIMA does? Cultural institutions aren’t just about passing on knowledge; they’re also platforms to ask important questions.

Nomads by Akay & Alabo, Installation built out of a Fiat 500. Exhibition view. Courtesy the artists and MIMA Brussels.