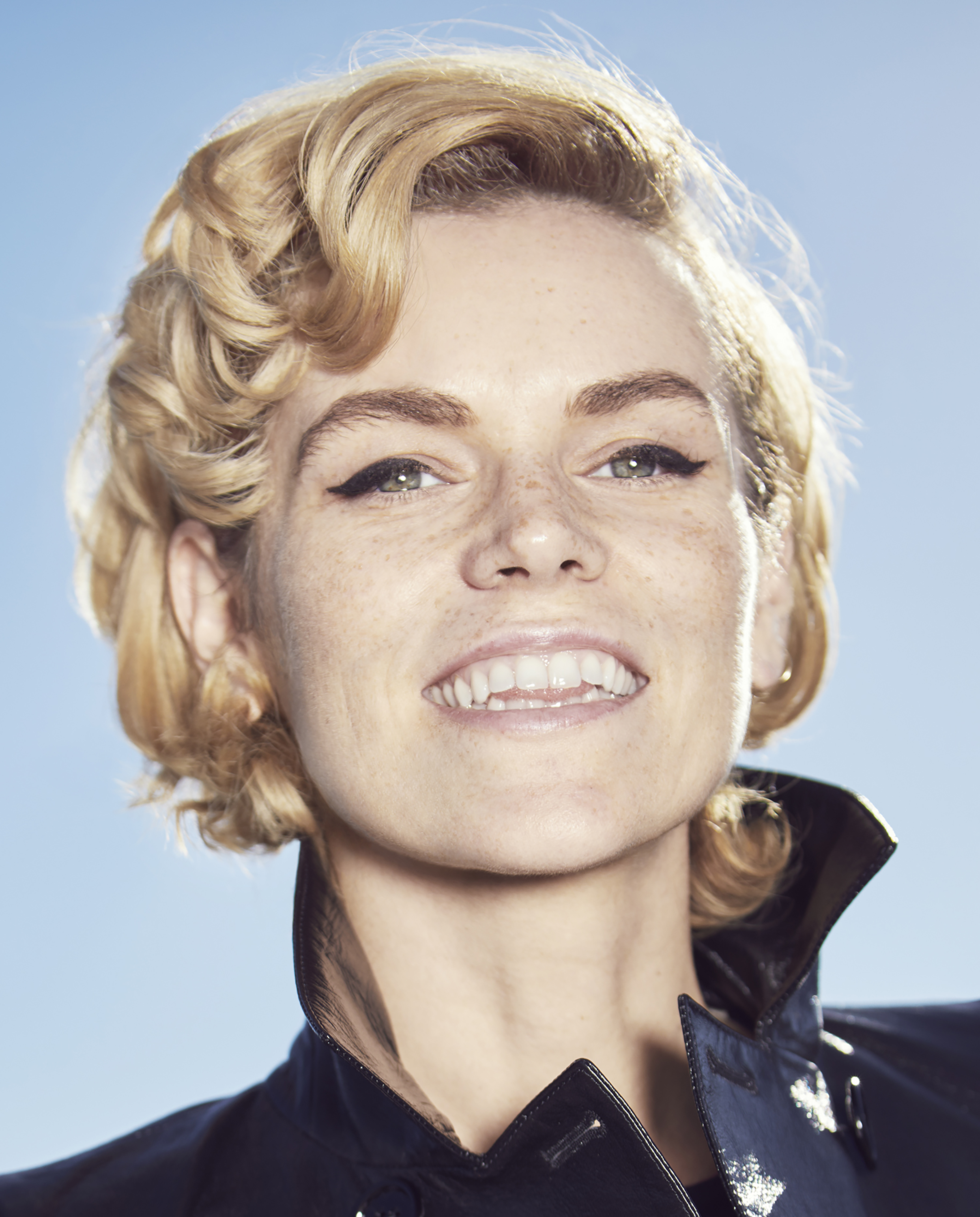 For Alex Prager’s second solo exhibition in Hong Kong, the Los Angeles-based artist demonstrates through staged film and photography that a familiar truth lies beneath fiction.

To the left of the entrance sits Prager’s sculpture Hand Model (detail) (2017) of a bent finger with a long, red-painted nail. Next to the manicured finger is Hand Model (2017), a framed, enlarged image of a whole outstretched hand against a muted background. The cropping from body to hand, and from hand to finger, is reminiscent of advertising practices of enlarging and editing to fit ideals and specifications.

Advertising is further emphasised when the same image is used in Star Shoes (2017). Hidden in the corner of the large-scale photograph, an advertisement appears on the back of a model’s magazine prop. It questions the importance of imagery and detail in our daily lives and how the smallest image or the biggest billboard can have an effect on our consciousness.

In the other portion of the gallery, Prager’s single-channel video Applause (2016) plays against the white-walled backdrop. In June last year this same video clip played on loop in New York City’s Times Square across all of the billboards for the Midnight Moment digital-art exhibition. This contrast in contexts once again plays with the idea of scale and dimensions and how they alter our perceptions. In the video an audience in a theatre composed of a sea of faces claps simultaneously for unknown entertainment. The viewer’s perception is distorted; they are placed in constructed situations without context. Who are the unidentified characters clapping for? And how does the change in scale affect the perception of their actions?

Throughout the exhibition, Prager reveals captured moments that she has built, leaving viewers to create their own narrative. Her work is relatable, with elements that resonate with everyone’s realities. Each story is unique, with varying vantage points, locations and models. Clues or characters allude to hints, bringing to the forefront how our thoughts are guided by imagery. Her layered fictional worlds take us away from reality, but at the same time remind of our own truths. Prager makes us realise how much of our own experience can be altered by external factors chosen by someone else.