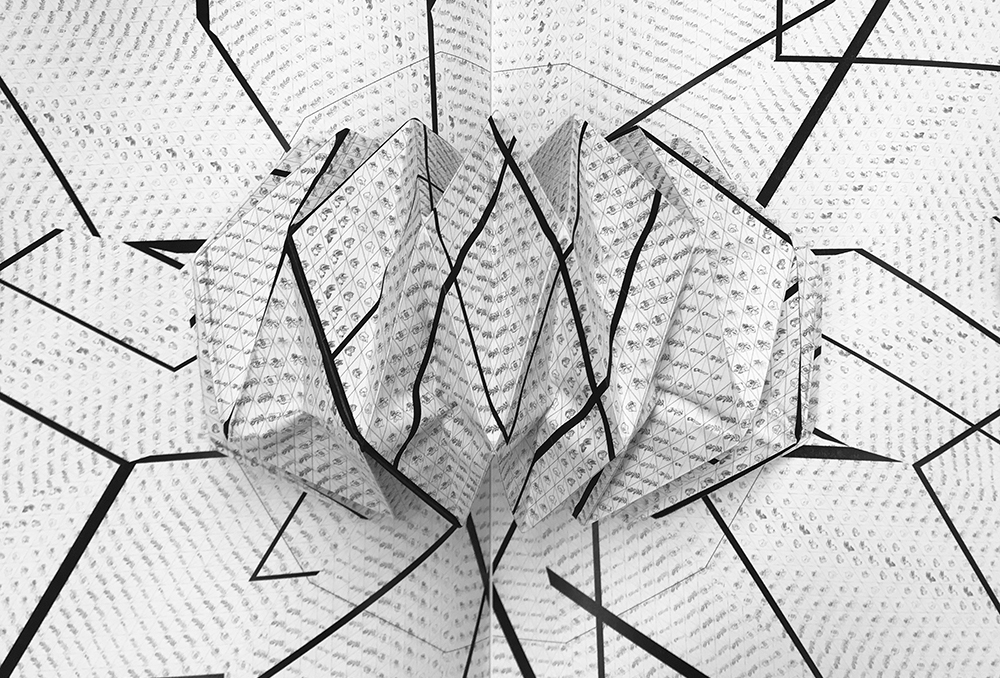 Cities are constructions. They consist of streets, lanes and alleys. Walls, windows, ceilings and a succession of doorways. Buildings, loose structures, canopies and streets. Trees, shrubs, bushes and garden pockets.

In a variety of combinations and orders, the binding together of any of these elements crystallise other formations: spatial complexes and neighbourhoods, articulating cultural burrows and areas of affluence. In its totality it represents a body of material that formulates an urban environment, living and non-living, operating through natural and human processes.

However, for most of us who live in the city, we form an association through our ways of existence, in how we engage with the material world, with the buildings, structures and gardens. We build memories, link important moments to places we have seen, and savour the places we knew while becoming adults.

From anthropologist Gregory Bateson’s (1904-80) perspective, this in itself represents specific Steps to an Ecology of Mind (1972), a way of thinking about the world we know and experience. Irrespective of what the actual artefact is or how that object is woven into our existence, our inner thought process formulate our real understanding of such environmental elements. This would imply that even if one object has a certain meaning to others, the object’s actual relevance comes through our ecologies of thought.

From a purely environmental perspective, our understanding of this landscape could be reframed through other means – from a designer’s perspective and through the graphic and visual tools available within design practices. It raises the question of how such a reformulation would change our comprehension of the formal character of our immediate landscape, for something so mundane as street patterns or street names.

Rice Hiu Suen Mok’s Atlas 4013, a Cartographic Space of Memory and Heritage examines the prevalent naming categories that have given Hong Kong its street names. In itself, a visual assembly of maps, analytical drawings, urban elements and historical artefacts, the body of work focuses on Hong Kong’s 4,000 streets, as an attempt to reposition a historical narrative.

Exploring the possible linkages between street types and streets names places design at the forefront of a spatial enquiry that exposes what are known as “field identities”, connecting historical accounts to present lifestyles. Such a way of thinking is an ecology of comprehension through which culture, history and lifestyle move beyond geographic locale or functional use alone.

Queen’s Road (Queen’s Road West, Queen’s Road Central, Queensway and Queen’s Road East) fuses the conditions of imperial artefacts, economic centres, Victoria Harbour’s coastlines and Hong Kong’s rapid development into a single field condition. The 43-page result, the most extensive among the streets examined, binds together new imagery, the “Queen’s Road mandala”, representing the one-point focus of imperial development surrounded by socio-spatial factors. Its spatial installation, a three-metre-diameter print of the mandala, forms the context for presenting the totality of Atlas 4013’s work. In pop-up format, the mandala stands out from the book pages, highlighting each factor of influence that forms the concentric layering around the British empress.

The section on Yeung Uk Road focuses on its urban village setting, the history of fortification and the new satellite towns to construct a spatial dialogue. Conceptually the streets form the common ground, binding together the various village and new townhouse typologies within a contemporary setting. The Yeung Uk spatial installation is a 2.5-metre folded panel, suspended from the ceiling, with its pop-up counterpart a double-page spatial filigree of housing typologies.

In comparison, although Parc Oasis Road’s field condition commences with a road network analysis, its final results revert to biological species the peony, marigold, magnolia, verbena and wisteria flowers as both spatial and pop-up phenomena. With its spatial installation representative of a collection of flowers suspended in mid-air by way of the street structures, the book version of Parc Oasis Road pulls together the various flower petals in one organic constellation, merging seven spatial settings into one.

Throughout the collection of seven streets, and their renewed spatial compositions, Atlas 4013 charts the possibilities of altering course, challenging even the most spatially literate to look into other avenues of thought.