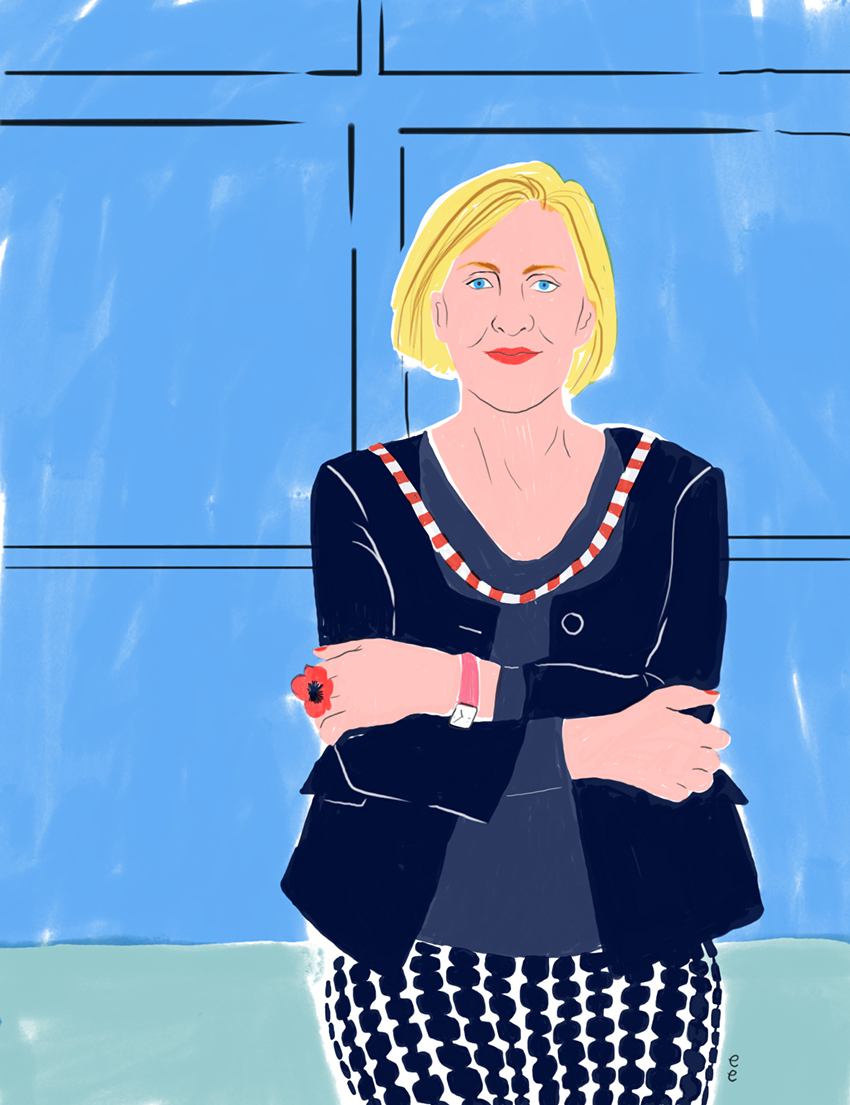 Founder and CEO of the M Restaurant Group Michelle Garnaut talks about three of her favourite pieces in her collection.

One of my first pieces of art was Yau Leung’s Dai Pai Dong 1960. It was a present from my brother-in-law in the late 90s. The photograph came with a catalogue of Leung’s works from the 60s and 70s. My brother-in-law got to know Yau Leung while working with [graphic design pioneer] Henry Steiner. Asking my brother-in-law about the piece again for this article, I discovered that the photograph was printed by Leung himself. Dai Pai Dong 1960 is a such classic Hong Kong scene, looking down at a dai pai dong with everybody sitting around tables eating.

My first encounter with Yeung Tong Lung was when he painted the murals at my former restaurant M at the Fringe, which opened in 1989 at the Fringe Club. Not being able to make a living from his art meant he had to take on commercial work and in this case he recreated Michelangelo nudes. About 10 years later I went to his studio in Kennedy Town to view his enormous canvases and triptychs of local scenes that often show a perspective looking through a window or door, or standing at an elevated position. I instantly fell in love with the moderately sized Restaurant For Sale Or Rent (2003). There is a bored-looking guy at a desk, like a sleazy real-estate agent in a closed-down dai pai dong, blue lino flooring, and stairs leading up to a very typical mezzanine floor – an honest depiction of Hong Kong life.

I got to know Antonio Mak Hin-yeung when I first came to Hong Kong in 1984. I was working at a restaurant called 97 and when I took over operations a year later, organising monthly exhibitions was part of my job description. I agreed to the part-time curator responsibility on condition that I could show Antonio Mak. Antonio and I became friends and we hung out at the haunted house in Wan Chai where he used to live at the time. After I opened M at the Fringe and made a bit of money, I went to his studio to buy some pieces. I picked a female sculpture which he was reluctant to sell but eventually did. He hardly did females. I got several pieces in the end, mostly for the restaurant; one of my favourites, which is sitting on my desk, is Remanence I & II.