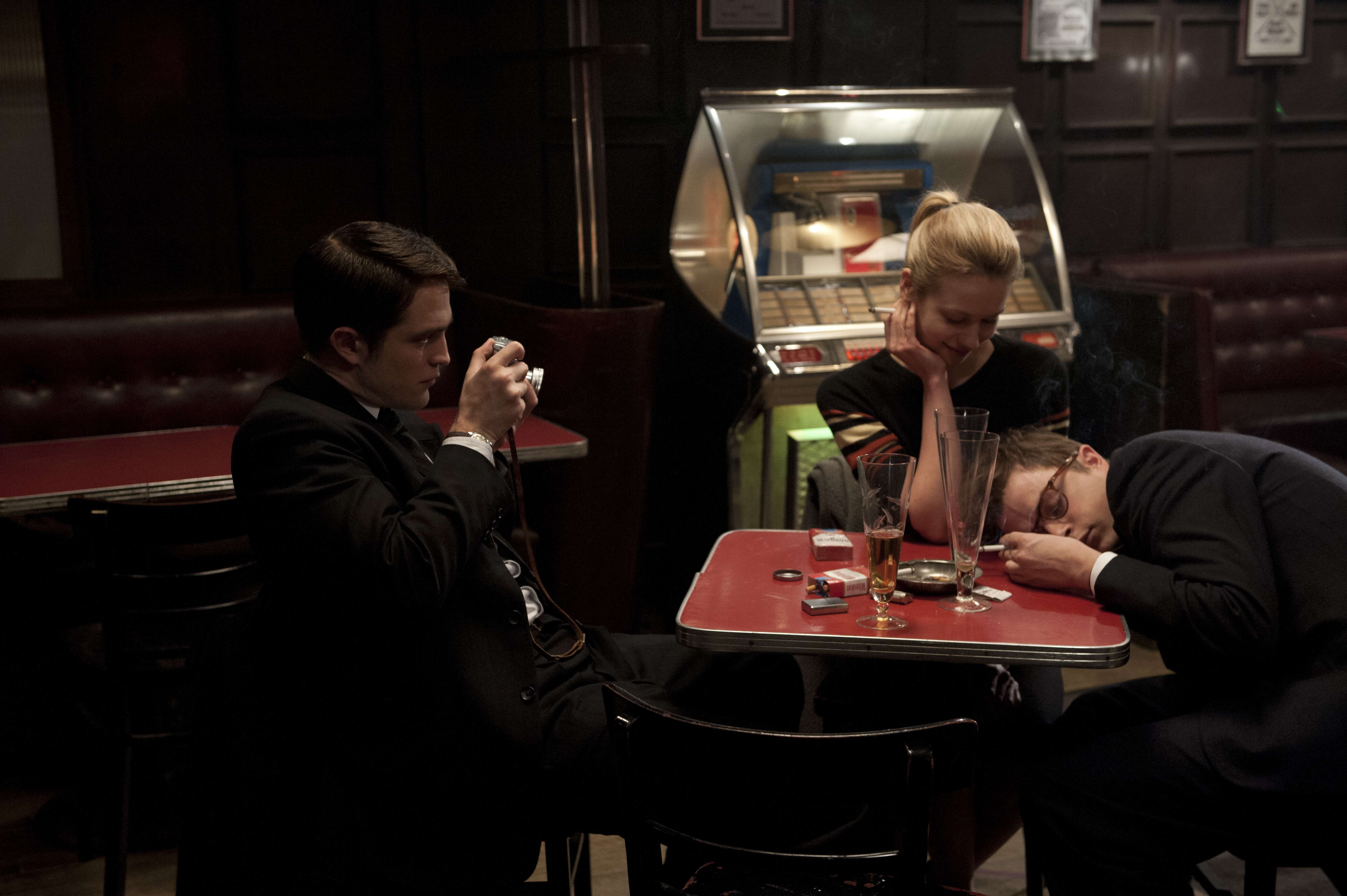 It might be an overused word, but some photographic images are undeniably iconic, whether for politically charged reasons (Nick Ut’s little girl running from
napalm in Vietnam, anything by Diane Arbus) or purely artistic ones (Man Ray). So it’s no
surprise that someone, in the person of rock star shooter Anton Corbijn, would eventually investigate the intersection between photography, art and celebrity. Photography dominates pop culture more than it ever has before, which is not to say it didn’t have a major role in the past. Though Life magazine claimed its mandate was in photojournalism, many of its most memorable snaps comprised photo essays about movie stars, the veteran Elizabeth Taylor, Sophia Loren and rising star James Dean among them. Burned into our collective consciousness nearly as indelibly as Ut’s Vietnam image is the endlessly reproduced photo of doomed young actor Dean strolling the streets of Times Square, coat bundled around him, cigarette balanced precariously on his lip. That moment, and many others, is at the centre of Life, which revolves around the weeks leading up to Dean’s public debut in East of Eden and photographer Dennis Stock’s quest to capture it.

Life should be a perfect storm for Corbijn, renowned for his work with music magazine NME and his photos of U2, Nick Cave, Bruce Springsteen, Nirvana, Prince and dozens of others – a chance to proove that the narrative assuredness and artistic deep dive of Control, his biopic of Joy Division frontman Ian Curtis, weren’t a fluke. Throw in some pitch-perfect mid-century production design by Anastasio Masaro and suitably
high-contrast, saturated images from cinematographer Charlotte Bruus Christensen for an almost palpable 35mm feel, and the stage seems set. Stock’s original 1955 pictures, however, say far more than the film both about the subject – a new breed of screen idol in Eisenhower America – and about artistic process.

In Life, the ambitious Stock (Robert Pattinson) is working for an agency and desperately trying to prove his worth as an artist. He sees some intangible quality in the brooding Dean (Dane DeHaan) he’s sure will make him a star, and convinces his editor to let him pursue it. Roughly a week after the issue hits newsstands, Dean’s star exploded and seven months later his legend was cemented when he died in a car wreck at 24.
A film like Life lives or dies by how much we believe the characters, how much they breathe in the skin of people who actually lived. DeHaan is reduced to imitation rather than interpretation; it’s the polar opposite of Cate Blanchett portraying Bob Dylan in Todd Haynes’ I’m Not There. Pattinson is fortunate to be inhabiting a role with which we are all less familiar, but the “A-ha!” moments where he realises he was right, that Dean is a game-changer, never ring true. In fact they don’t ring at all. When the Times Square photograph starts to take shape it’s anticlimactic rather than emotionally and artistically inevitable or satisfying. Corbijn’s eye for detail – and this story really should speak to him – is never in doubt, but the photographer’s soul that should inform Life is strangely absent.