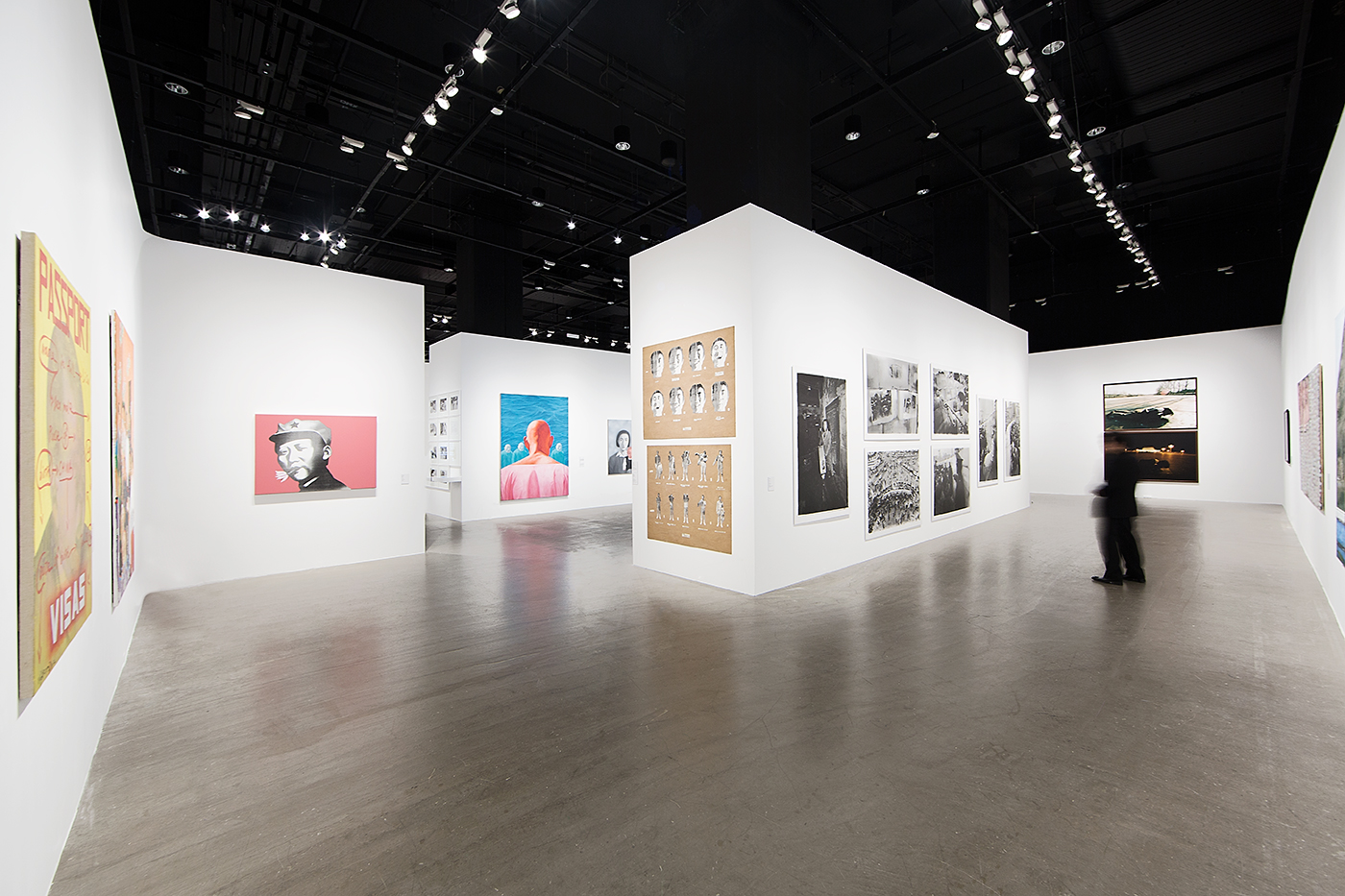 The Herzog & de Meuron-designed M+ museum of visual culture might still be a
construction site, scheduled to open in 2019, but that hasn’t stopped its curators from staging a host of mobile exhibitions, including its most recent and ambitious show, M+ Sigg Collection: Four Decades of Chinese Contemporary Art. Featuring 80 contemporary Chinese works by 50 artists, including painting, sculpture, installation and photography, it was drawn from a collection of 1,510 works donated by the Swiss collector Uli Sigg.

The exhibition, shown at ArtisTree in Taikoo Place, and previously at the Bildmuseet at Umeå University, Sweden in 2014 and at the Whitworth Art Gallery, Manchester in 2015, offered a new perspective on one of the country’s most transformative periods, from the end of the Cultural Revolution until 2012. Divided into three periods approximating decades – 1974-89, 1990-99 and 2000-12 – it also demonstrated the benefits of working on the space with creative designers. M+ senior curator Pi Li and the founders of Beau Architects Gilles Vanderstocken and Charlotte Lafont-Hugo talk to Artomity about the challenges of creating the setting for the six-week exhibition.

Identification poster of the artworks and 3 chapters. Courtesy Beau Architects.

Artomity: The exhibition is one of the first to present contemporary Chinese art in a chronological order. Did that present a particular design challenge?

PL: It sounds easy but it is not. Our biggest challenge was that we don’t have a proper space to show art like this in Hong Kong. ArtisTree was smaller than the spaces where we had previously shown the exhibition and it also had many pillars. It was a big challenge because we wanted a linear course, not a series of panels. I personally hate panels.

GV: Pi Li was very clear that he wanted a museum quality that had presence and didn’t give the impression of a sheet of paper that would disappear the next day. Materially speaking we kept things simple, using minimal architectural mechanisms to resolve the issues related to the nature of the space. As for the pillars, when we wrapped them by pairs as volumes, all of a sudden they disappeared. The height of the walls in the space was very important, too.

PL: Even adding a little height to the walls or increasing the thickness of the walls by wrapping the pillars makes a difference. The whole appearance can change but it was important to do because although some shows look very temporary we wanted to show contemporary art as a collection, like a proper museum show in a gallery.

A: How did you create a framework for the exhibition?

CLH: Pi Li explained all the content and the connections between the different epochs and art pieces. For us it was first an understanding of the different decades, and second an explanation of how particular topics link these different decades. We also had a book about the collection [Right is Wrong: Four Decades of Chinese Art from the M+ Sigg Collection] that clearly illustrated this chronological logic.

PL: The first show of these works was over three floors, so we could put each decade onto one floor, and the other exhibition was in three rooms, but here it was like a blank piece of paper with one space. The exciting part was that we had to build up our own space.

A: How did working with a 1:50 scale model, complete with miniature versions of the art works, help inform the design process?

GV: With a 1:100 model you speak about space but at 1:50 you start to immerse yourself within it. What was really interesting in the process was the understanding of the three epochs with all their inner intrinsic characteristics, and how to spatialise and organise them. The most challenging part was how to create a specific space based on this comprehension inside a super-neutral one.

CLH: We were excited about this neutrality because we realised we could make a customised space for the collection.

GV: We also used the model to test tensions or the accentuation of certain feelings, as in the sanctity of the Ai Weiwei room [the Still Life installation of about 4,000 Stone Age axe heads, presented in a separate space], which was deliberately smaller and darker.

PL: This is an interesting example. I’ve showed this work [by Ai Weiwei] three times now and it has always been in at the centre of a much larger space, but this time they [Gilles and Charlotte] came up with the idea of not bringing him to the centre of the show and having another room.

In the beginning I had some doubts because I thought it was a blockbuster piece, but the most important thing is that this way you offer people a great opportunity to stay with the work alone.

A: The lighting was particularly beautiful, like a temple.

GV: Engaging in such an intimate way with such a piece is very rare. We had a specialist from M+ to help us with the lighting.

PL: Lighting is a big issue for us. Every time the curator wants it brighter and the conservationists want it darker. Our walls were 4.2m high, which presented a challenge, as we had to light 80 very different pieces of art.

A: With so many different pieces to show, how did you avoid replicating the feel of an art fair?

CLH: At most art fairs the layout is generic with boxes and zones but here there is a special scenography for the collection.

GV: We learn with each experience and understand more and more about the relation between space and art. The specificity of the space can really animate the art and this is what excites us more than just creating a neutral frame.

A: What do you think the design of the space added to the experience of the art?

GV: It was crucial for the exhibition not to just be about the art itself. This is about the transformation of contemporary Chinese art over the past 40 years , so the journey had to be absolutely merged with the art. We could create multiple stories that people could go back to, and that is probably why people came back. How to translate, not too literally, the story in space was one of the most important things for the design to achieve. If that hadn’t worked then it would have been a failure.