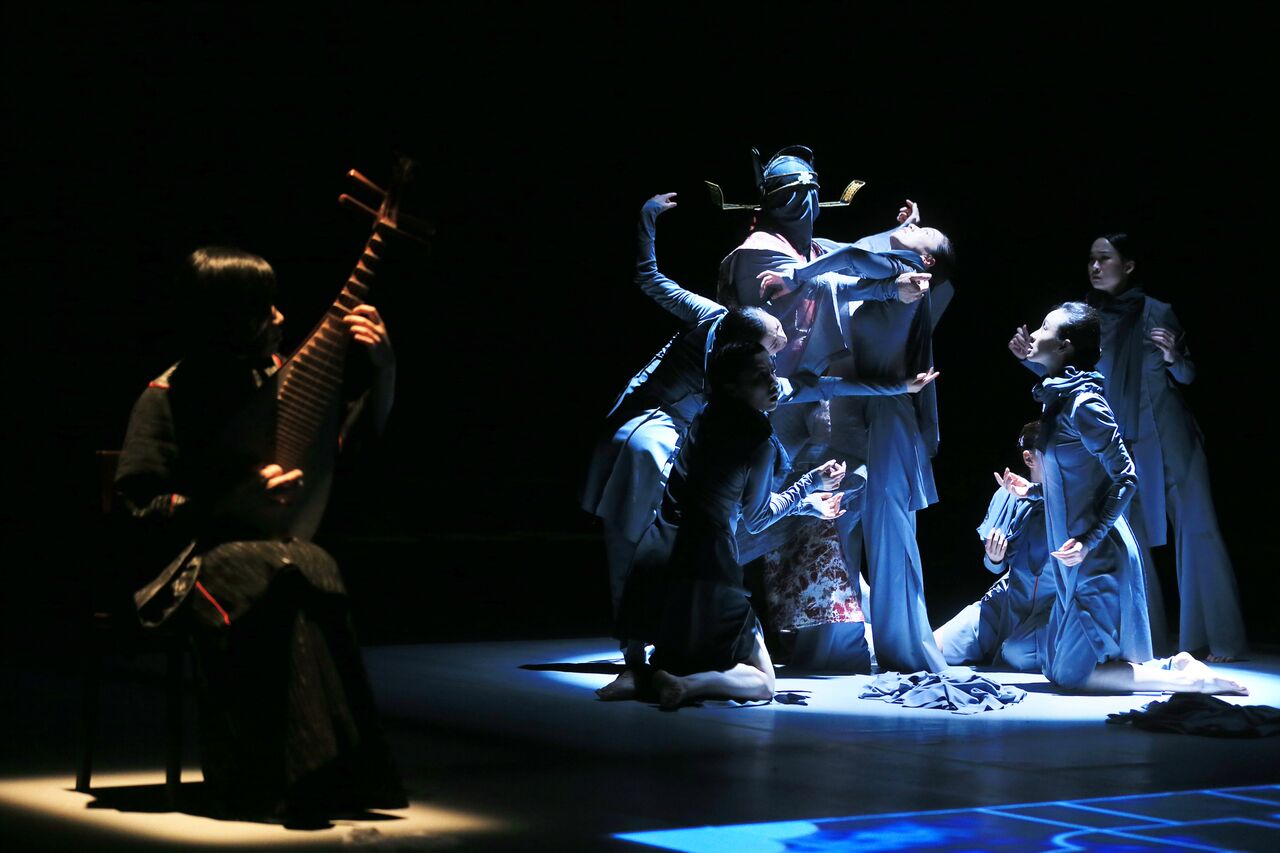 Reveries of the Red Chamber

With its interplay between dance, music, drama and multimedia, Hong Kong Dance Company’s Reveries of the Red Chamber makes an ambitious attempt at exploring the possibilities of reinterpreting classic literature in experimental dance – and
presents a stage experience at once novel and demanding for the audience.

Reveries of the Red Chamber consists of three independent works that form a loose dialogue on Cao Xueqin’s 18th-century Chinese literary opus Dream of the Red Chamber. In The Enigma of a Stone by theatre director Ho Ying-fung, the improvised ensemble dance embodies the dynamic of physical theatre. On the futile search for truth in the “Village of Falsehood”, the dancers collide with each other in movements of growing frenzy, while the narrator, The Village Elder, played by Andy Ng, taunts the performers with a
spontaneous monologue that borders on wailing. The drama is expansive, escalating and then splintering across the stage, and this expansiveness could make it challenging for some audience members to stay with the 40-minute narrative.

Blanc, a solo improvisation by Hong Kong Dance Company director Yang Yuntao, is a more subdued reflection on the motif of illusion that underlines the novel. Yang’s fluid movement is accentuated by the Buddhist song of invocation, while the minimalist set features a pile of soil on the white floor, symbolising humans’ return to dust.

While the Dream Unfolds, by choreographer Helen Lai, which contemplates the roles of women in the Red Chamber, is the most accessible work among the three. The women’s dance against fate unfolds amid multimedia projections of text from the novel, alongside a stirring Chinese opera performance.

One of the focal points of Reveries of the Red Chamber is its seating arrangement, with the standing balcony audience and seated stalls audience swapping places after the intermission. While the play on alternate perspectives lends an apt touch of drama to the show, it also undercuts the intensity of some parts of the dance narratives. Yang’s solo, for example, offers a visceral opening for the seated audience to join the half-naked dancer in his reverie, but makes a slightly abstract picture for those watching it from the balcony. If Hong Kong Dance Company ever presents a re-run of the production, it will be interesting to see if the staging is redesigned.