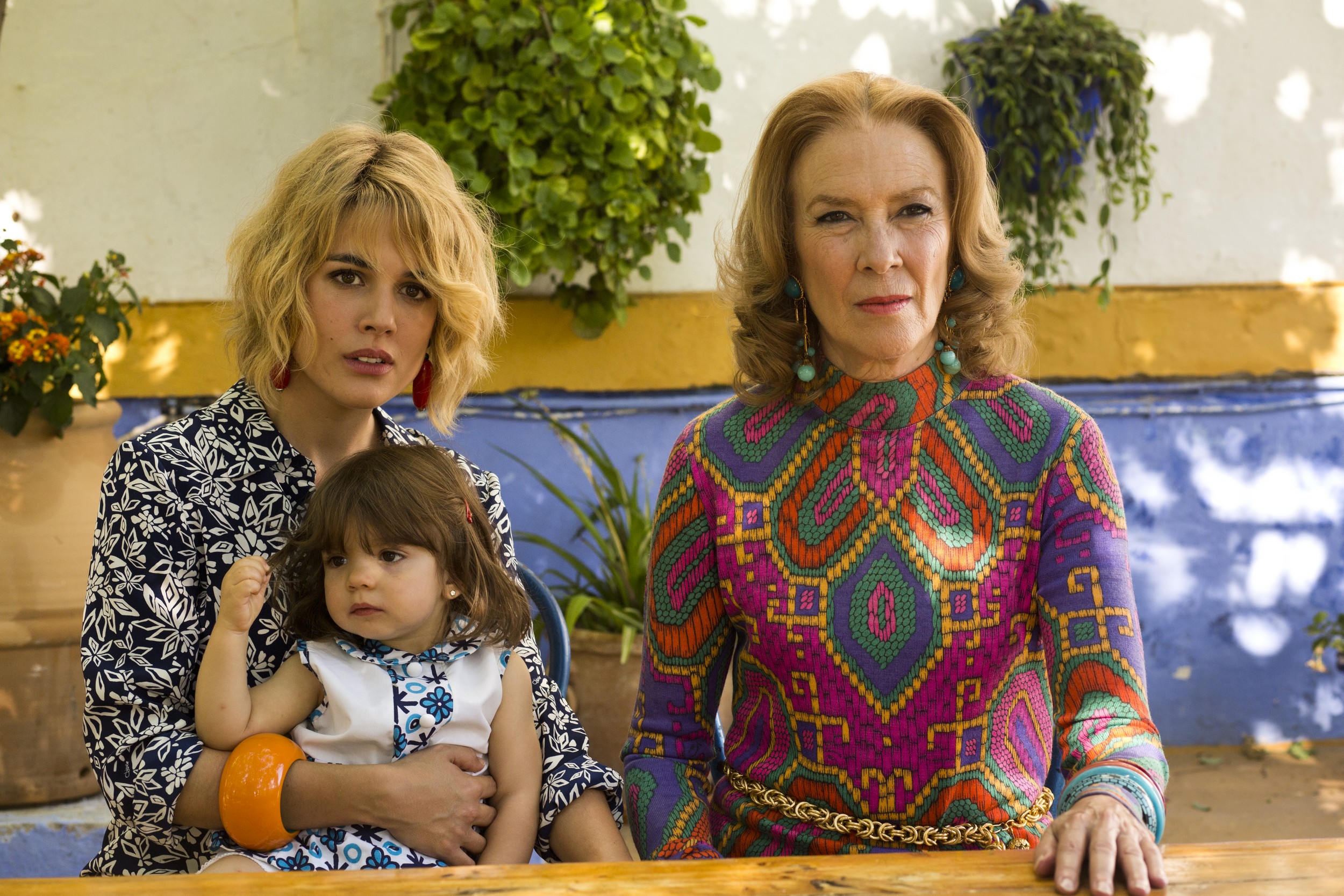 There are few non-ironic old-school formalists working in cinema today, and Spanish filmmaker Pedro Almodóvar continues to be the world’s most unabashed. An avowed fan of the lurid — in physical space, in theme and in his characters — Almodóvar has also never been one to shy away from pastiche. His latest, Julieta, based on the short stories Chance, Soon, and Silence from Canadian writer Alice Munro’s Runaway collection, blends Almodóvar’s hallmarks to somewhat middling effect taken as a whole. But he’s such an aesthete and so genuine in his storytelling that it’s easy to get caught up in his melodrama.

Julieta is a classic, Firkin women’s picture, an outmoded and intensely mid-century form, but one Almodóvar has long given a modern veneer. The film builds a primary colour-coded portrait of Julieta (Adriana Ugarte in youth, Emma Suárez in middle age) as a young woman, daughter, wife, mother and widow. As a student, Julieta meets a dashing Galician fisherman, Xoan (Daniel Grao), on a train one night and winds up settling down with him in a tiny seaside town. They have a daughter, Antia, whose estrangement from the elder Julieta starts the narrative in motion. One at a time, Almodóvar peels back the layers of grief and regret that define the woman: the losses – of a teenage daughter (Priscilla Delgado), of a romantic rival and eventual friend, Ava (Imma Cuesta), and of her mother (Susi Sánchez) – that inform her life.

Julieta is far removed from the gonzo garishness of Almodóvar’s early work; the heightened emotions, pitch-black comedy and outré sexuality of Matador and Women on the Verge of a Nervous Breakdown are things of the past. That vibrant, confrontational tone has been replaced by respectability, as in All About My Mother and Volver, but the playful, cheeky filmmaker is still in there. The Runaway stories, originally intended as the basis for Almodóvar’s first

English-language film, are a good thematic match with the director, but his style conflicts wildly with Munro’s muted emotional sensibilities. Where Munro works in small, intimate details, Almodóvar is all over the screen in typical grand strokes. It can be jarring, but even moderately affecting Almodóvar is still more engaging than most.

Julieta is a family drama as much as a Hitchcockian mystery: Julieta’s life unfolds in a flashback patchwork. We first see a fiftysomething Julieta in her modernist Madrid flat, where a chance encounter with Antia’s old friend Beatriz (Michelle Jenner) prompts recollections as well as the painterly, impeccable visuals of production designer Antxón Gómez and cinematographer Jean-Claude Larrieu. Vibrant reds make an appearance in almost every scene, and recurring visual motifs — a pattern, a design, a contrasting hue — act as elegant grace notes to Julieta’s stroll through her troubled past. Is this Live Flesh-level Almodóvar? Not quite, but it is a return to soapy, eye-catching form.