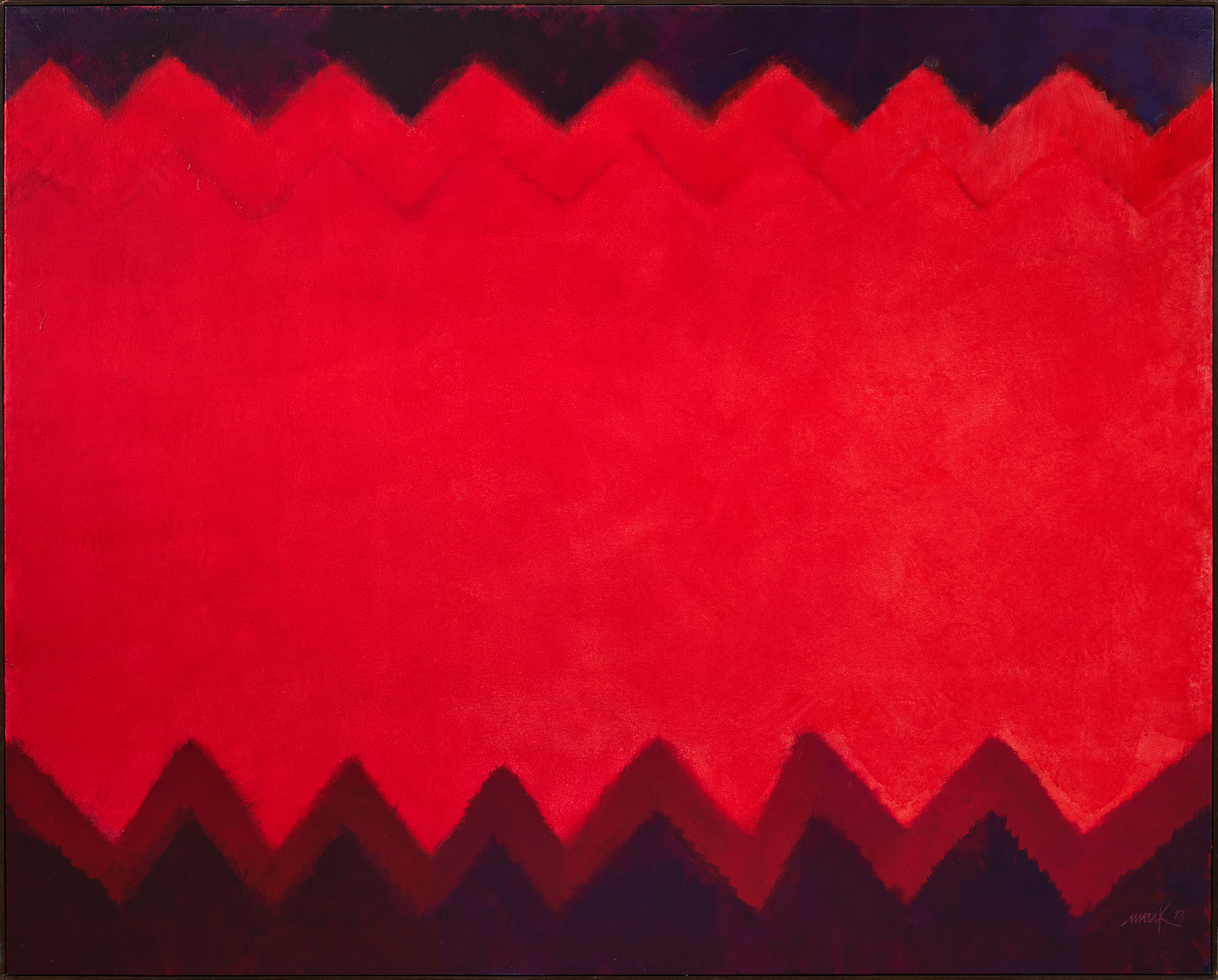 Mack made his initial impact on post-war discourse with the ZERO movement, founded with Otto Piene in 1957 in Düsseldorf, Germany, and later joined by Günther Uecker in 1961. ZERO was a blank slate for these young German artists, recovering from the ravages of World War II. They strove to challenge and transgress the traditional dictums of art making, transport art into new spaces and dissolve boundaries between nature, art and technology, all with an optimistic enthusiasm and an unrestricted aesthetic. The ZERO movement gained momentum internationally and grew to include artists such as Lucio Fontana, Yves Klein, Yayoi Kusama, Piero Manzoni and Jesús Rafael Soto, their myriad practices anticipating the minimalist, conceptualist and land-art movements. The movement profoundly impacted future generations of artists, ranging from Gerhard Richter to Robert Smithson and James Turrell, and was recently recognised at the Guggenheim Museum in New York with the seminal show ZERO: Countdown to
Tomorrow, 1950s-60s.

This exhibition includes rare examples of ZERO-period works including Licht-Relief [Light-Relief] (1958), an undulating aluminium relief; Mauerrelief [Wall-Relief] (1962), an exquisite group of textured reliefs of silver leaf on wood; and Raster-Oval [Grid-Oval] (1966), a graphic geometric black and white painting on a panel.