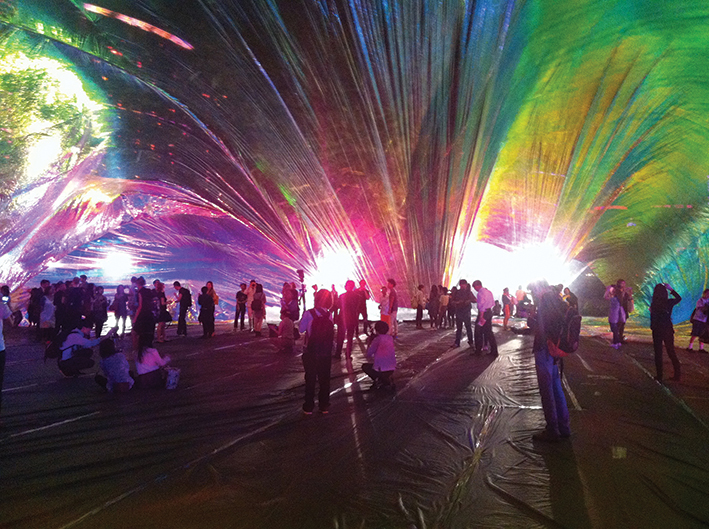 Building a future audience: why should people care about your art?

Most people hate the truth – and this is articularly true in the art world.

At both the recent Museum Forum staged by the Maritime Museum and the annual Cultural Leadership Summit organised by the Hong Kong Arts Administrators Association, questions were raised regarding building a future audience. The government, the media and the education sector were all blamed for not providing an environment that allows more youngsters and other members of the public to experience arts and culture.

The question that wasn’t raised was whether artists, exhibition organisers, curators and promoters bear responsibility for building and attracting an audience. It raises the further question of why people should care about art in the first place.

This is an incredibly uncomfortable question to ask; it sounds like a blatant attack on the culture of artistic excellence art professionals strive to pursue. It suggests that the shows they present, be they visual or performing arts, are so irrelevant that only a small percentage of the population are interested in them.

We are all too good at finding fault in others. Many who have been living in the art bubble for a long time have forgotten how it feels to be an outsider. Before blaming the government and private sector for not better funding their programmes and the media for ignoring their press releases, cultural professionals should ask themselves whether they have tried to establish a connection between their arts and the public.

A lot of people out there do not care about the arts. They do not see a painting, a sculpture or a theatre performance as being essential to their lives. They see them as the so-called high arts, which suffer from the stigma of being remote, unattainable and irrelevant, a game belonging to the one per cent of society.

“I don’t get it” or “My kids could’ve done that” are among the most common responses when many people see a Mark Rothko painting or a Pina Bausch dance performance. Standing in front of an art work is stressful to a lot of people. They feel ignorant, as if there is a big hurdle of knowledge they have to jump over before they can appreciate its beauty. It feels elitist. And such feelings of rejection can easily create resentment.

To attract a new audience, a top priority must be to establish the relevance of the arts. That does not mean sacrificing artistic excellence in favour of a populist approach. It is about finding a way to connect art works with potential viewers, be it an anecdote or a relatable cultural context, presented in a way that is accessible and accompanied with explainers written in plain language, without incomprehensible, meaningless artspeak that tells people nothing. Cultural professionals have to walk a fine line between upholding artistic integrity and building a connection with the audience.

It is not impossible. In 2013 M+ staged Mobile M+: Inflation!, an outdoor exhibition of six monumentally sized inflatable sculptures at West Kowloon Cultural District that drew 150,000 visitors. Videotage’s One World Exposition 2.1: #like4like, at the art space in the K11 mall this spring, was like a magnet to youngsters.

The attraction of these shows did not come from big-name artists, but from the idea that art could speak directly to the audience, addressing issues they care about. If the works on show could inspire the audience to think about bigger questions or spark their curiosity, great. If not, they were simply enjoyable. They were relevant.

The challenge is to retain that relevance so that the audience wants to come back for more. Building an audience is like cultivating a community: it is about gathering like-minded people to share their views and passion on an equal footing. Being a snob and “teaching” others as if they were uneducated bumpkins are mentalities of the last century. Creating a friendly environment that inspires people to spread the word and discuss the art they have experienced is more important than ever. Art isn’t just about producing an excellent piece of work. It’s about connecting people through great works.