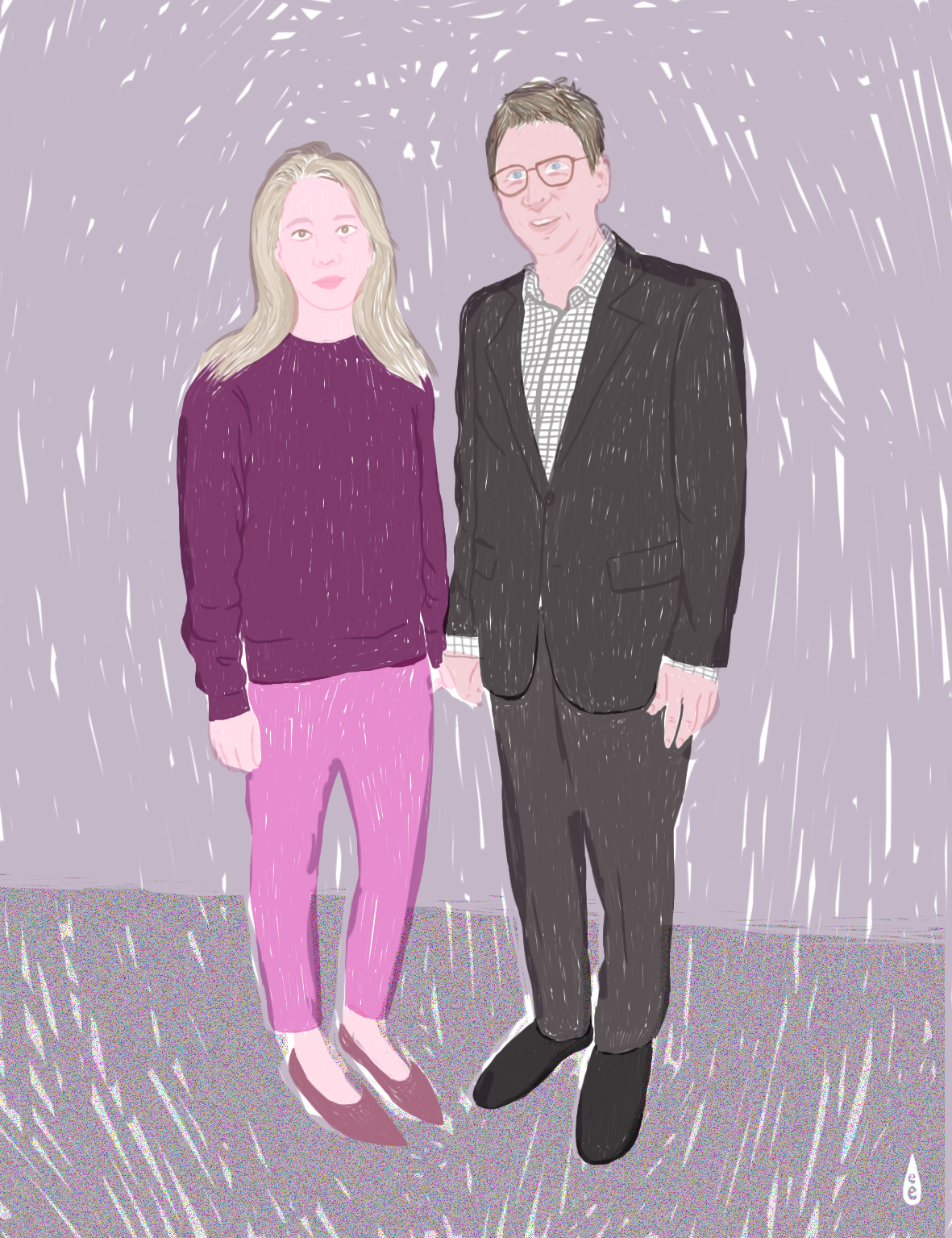 Caroline Chiu, RTHK Radio 4 presenter and art critic with her husband Paul Aiello, discusses three of her favourite pieces from their collection.

Chiu saw Chris Huen Sin Kan’s solo exhibition Out of the Ordinary at Gallery Exit in 2015. His ease with painting on a large scale, his sense of allowing white space to exist, without having to fill every inch of the canvas up, exuded confidence. In that show, there was a painting where his girlfriend, now wife, was sitting on Shek O beach. Chiu fell in love with the abstractness of it, but it had already sold.

Chiu had bought and renovated an old village house in Shek O and was living there with her family. Falling in love with the location, she began to think about commissioning Hong Kong artists to explore it as an art subject.

She visited Shek O Headland with Huen in spring 2016, showing him the most southeasterly point of Hong Kong island, a small outcrop of rock surrounded by the roaring sea. Chiu visited Huen’s studio in July 2016 to see the work, a five-metre landscape painting, in progress. He had already finished painting the undulating ocean from various perspectives, the edge of the beach and the mountain in the background. She received the painting around Chinese New Year 2017, and describes it as very lively, full of movement, life and a wonderful sense of air and space.

In December 2017 Richard Winkworth had a solo exhibition at Ping Pong Gintonería. His series of night seascapes from his studio on Ap Lei Chau were wonderfully coloured: full of purple, pink, blue and violet hues, and made with layers of deeply pigmented wax. The effect was like looking at different layers of a stained-glass window: a shimmering, colourful effect seen from different angles.

Landscape commission of Shek O by Richard Winkworth, Encoustic on board, 2017. Courtesy the artists, Caroline Chiu and Paul Aiello.

Chiu asked if he would be interested in doing a commission of Shek O, and in spring 2017 they went to the headland. Winkworth immediately fell in love with the place too. That weekend he stayed at Chiu’s house with his husband David, sitting on the roof of the house and listening to the ocean, with Winkworth walking to the headland to sketch.

In July Winkworth asked Chiu to choose from among three maritime landscapes he had painted in encaustic on board. She chose the image that most represented the waves of the ocean from an outcropping that Winkworth had identified, on which the whites and blues of the layers of wax seemed to ripple like the waves themselves.

Twenty years ago, while employed at Hanart TZ Gallery, Chiu worked on Gaylord Chan’s 70th-birthday exhibition – and, now well into his 90s, the artist is still working today, and his style continues to develop. Chan is an important figure in the Hong Kong art scene. In the 1970s he took night-school art classes, founded his own art school, served on various arts development committees and inspired at least two generations of Hong Kong artists.

Chiu chose the print Lightcraft (2011) from among about 20 others. Chan created it using the drawing tool on his computer when he was well into his 80s. The image is of a bull-like animal figure whose back shows a scene of a rocket ship blasting off. Chiu describes it as quintessential Gaylord Chan: it alludes to an animal’s primal energy, to sexual take-off, but with a detached, almost naive, childlike design. The drawing has a flat, graphic quality but is drawn with a delicate line.

Chiu says she also appreciates Chan pricing his work so that it is affordable to his many students. The print, from an edition of eight, was priced at HK$10,000, even though he could have charged far more; for him, she adds, it’s not about money but sharing art.