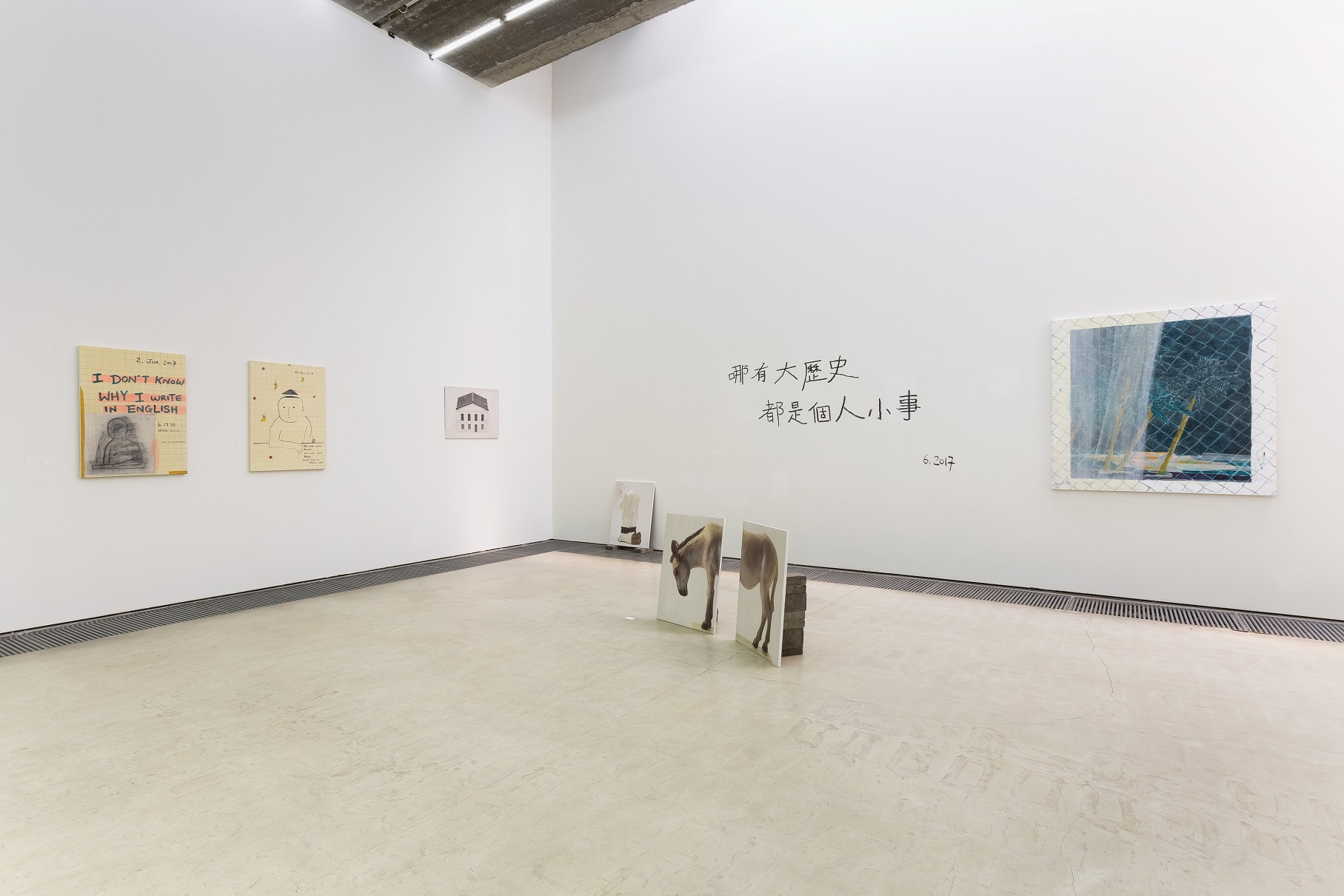 Broken pieces of oversized Chinese bowls, apparently haphazardly strewn around the courtyard of Chambers Fine Art, constitute the first of several works by Lam Tung Pang that force us to contemplate the show’s title Fragmentation. Being Disappeared – Disappeared Hong Kong Art (3) (2013) is made up of pieces of a work originally shown as part of a public installation in Hong Kong in 2013 but shut down after 24 hours, due to a dispute between the venue and the organisers. It was returned to the artist in the broken pieces that form the current work. Lam felt profoundly impacted by this turn of events but could also sympathise with both parties. The artist realised that he could simultaneously hold two contradictory views, a condition that he terms the “fragmented self”.

For his inaugural solo exhibition in Beijing, curated by Abby Chen, Lam presented objects, sketches, paintings, installation works and two videos. For any Hong Kong artist exhibiting in mainland China, it is hard to resist the temptation to interpret every work in the light of one country, two systems and the surrounding questions of independence and democracy. However, Lam’s work also invites some very personal, autobiographical readings. For example, among his latest works in the show is Back and Front (2017), an image of a donkey cut in half and looking downcast. This could be a commentary on the current sociopolitical situation or an allusion to the artist’s personal feelings about periods of distance and separation from Hong Kong.

Diary 20150605 (2017), a note from his travel journal that has been enlarged on canvas, continues this theme by repeating the words “away”, “hometown” and “home”, and contemplating his absence from his native Hong Kong, a very private source of fragmentation. Slogan from Fragmentation (1) (2017), where the written word again features prominently, in the form of two short, hand-written lines on the far wall of the gallery, “哪有大歷史/都是個人小事” (“No grand history. All are personal trivialities”), also allows for a dual reading. Rejecting the grand narrative and sweeping generalisations that history books give us, Lam suggests that small, personal, almost indiscernible actions in fact make up our history. He discards the one-dimensional view that geography and nationality are the sole determinants of a nation’s history. In his view, life is far more complicated when integrated with personal stories. Another recent work, Pray (2017), in a corner of the gallery, is an image of a headless figure with bound feet, facing the wall. According to the artist it is symbolic of forgiveness and hope, two qualities he believes to be essential in our time.

In the past, commenting on the differences between conditions for artists in Beijing and Hong Kong, Lam has mentioned the issue of working space. Hong Kong artists have always had to content themselves with much smaller studios and this is often reflected in the scale of their works. In The Outlook Is Still Positive (2013) Lam creates a powerful miniature work with a few simple objects: a tiny, swimsuit-clad plastic figure seated in front of two old four fen (0.04 yuan) stamps depicting an idyllic Hainan beach scene complete with palm trees. The slogan “the outlook is still positive” (景仍看俏) appears under the figure in a see-through USB stick case. Lam challenges the audience to contemplate, despite all that is going on in our world and our personal lives, whether the outlook is still positive or not.