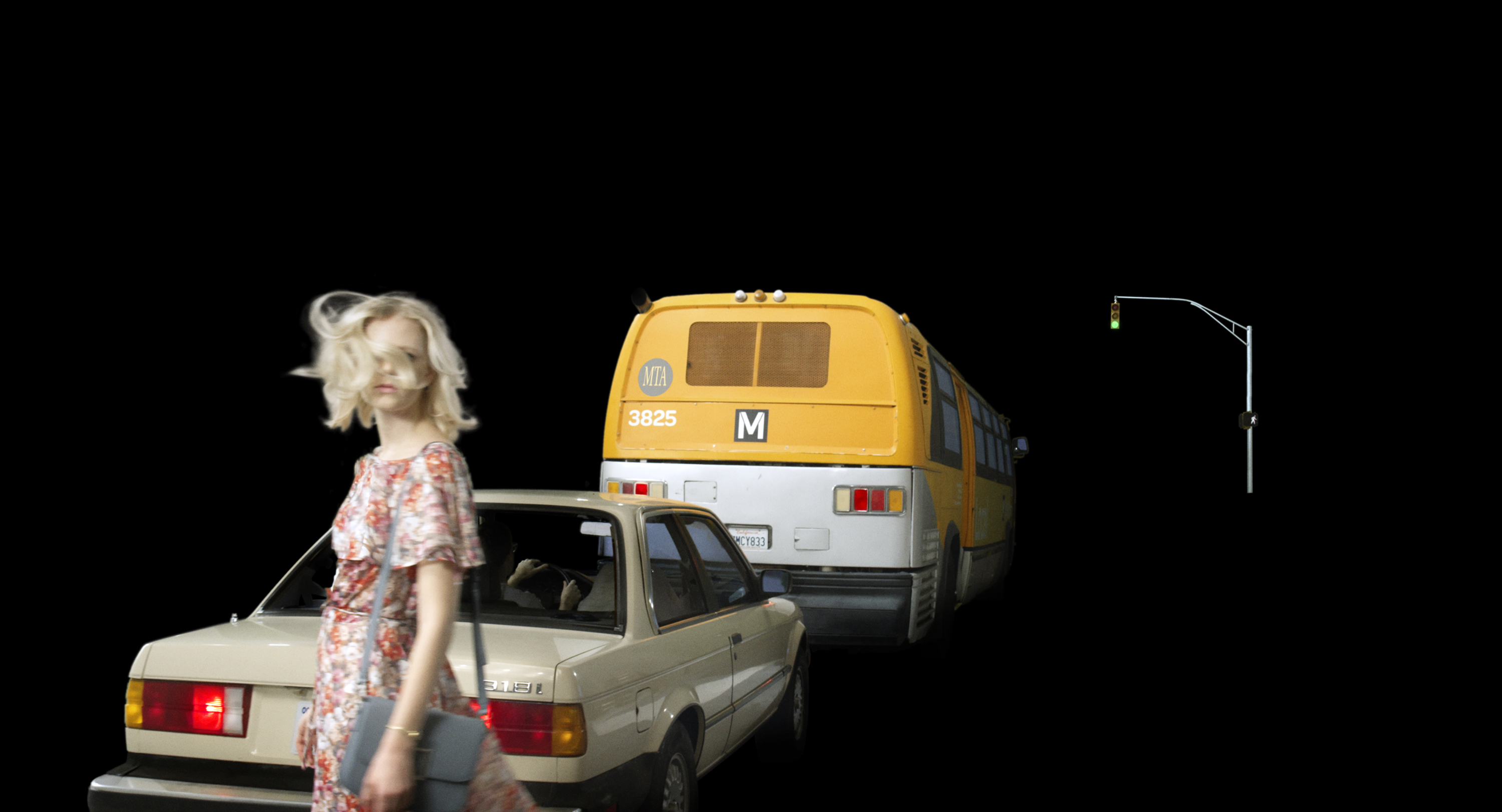 Lehmann Maupin is pleased to present an exhibition of new work by Alex Prager. The Los Angeles-based artist returns to Hong Kong with her signature style of theatrical and meticulously staged photography and film, as well as her first exhibited sculpture. In her most recent series, Prager manipulates scale and dimension to challenge our understanding of the boundary between fiction and reality. The gallery will host an opening reception on Thursday, January 18, from 6–8 pm, at the Pedder Building.

Those familiar with Prager’s work will recognize elements that recall past series, such as Face in the Crowd (2013), in which her compositions highlighted the contrast between crowded public spaces and a lone heroine. These latest works push the theatrical narrative potential of her prior series. The imagery lays bare the artifice in its creation, achieved through impossible, contrived viewpoints, layering of incongruent scenes—such as a rainy day on top of a sunny one—and other formal and technical controls that challenge the assumed naturalism of photography and film.

One such formal device is scale—a major component in the production and installation of the work—with Prager varying the dimensions of the photographs according to the level of distortion she intends to achieve. In Hand Model (2017), a woman’s outstretched hand is blown up larger than life, referencing the often unrealistic scaling and cropping of images in the advertising and fashion industries, a concept reinforced by the title. The same image of the hand also appears in miniature scale as a prop advertisement in Star Shoes (2017), and unexpectedly, as a sculpture protruding from the gallery wall in Hand Model (detail) (2017). In this multifold presentation of the same image, the meaning is conveyed in two radically different ways—as the emphasized subject and a trivial detail. Throughout the exhibition, Prager expertly guides the viewer to a predetermined end, using the play with proportion and form to question the assumption that a photograph faithfully represents reality.

With this new body of work, Prager realizes an ambitious formal approach to achieve the dynamic tension she previously created through more traditional storytelling devices. Prager removes the certainty of the omnipotent perspective of the viewer through scale, dramatic cropping, layering, and uncontextualized settings, replacing it with a disorienting awareness of the constructed nature of most “real world” imagery we encounter. Contemporary society is awash in visual information—we are presented with versions of reality in marketing, news, and social media, but we rarely pause to consider how our thoughts are guided in the process of looking. Prager’s work calls this into question, and not only reveals the scene she intends to present, but makes the viewer aware of the psychological processes involved in their own observations.

For more information about Alex Prager or other Lehmann Maupin artists, please contact Marta de Movellan or Kathryn McKinney at +1 212 255 2923, or visit lehmannmaupin.com.