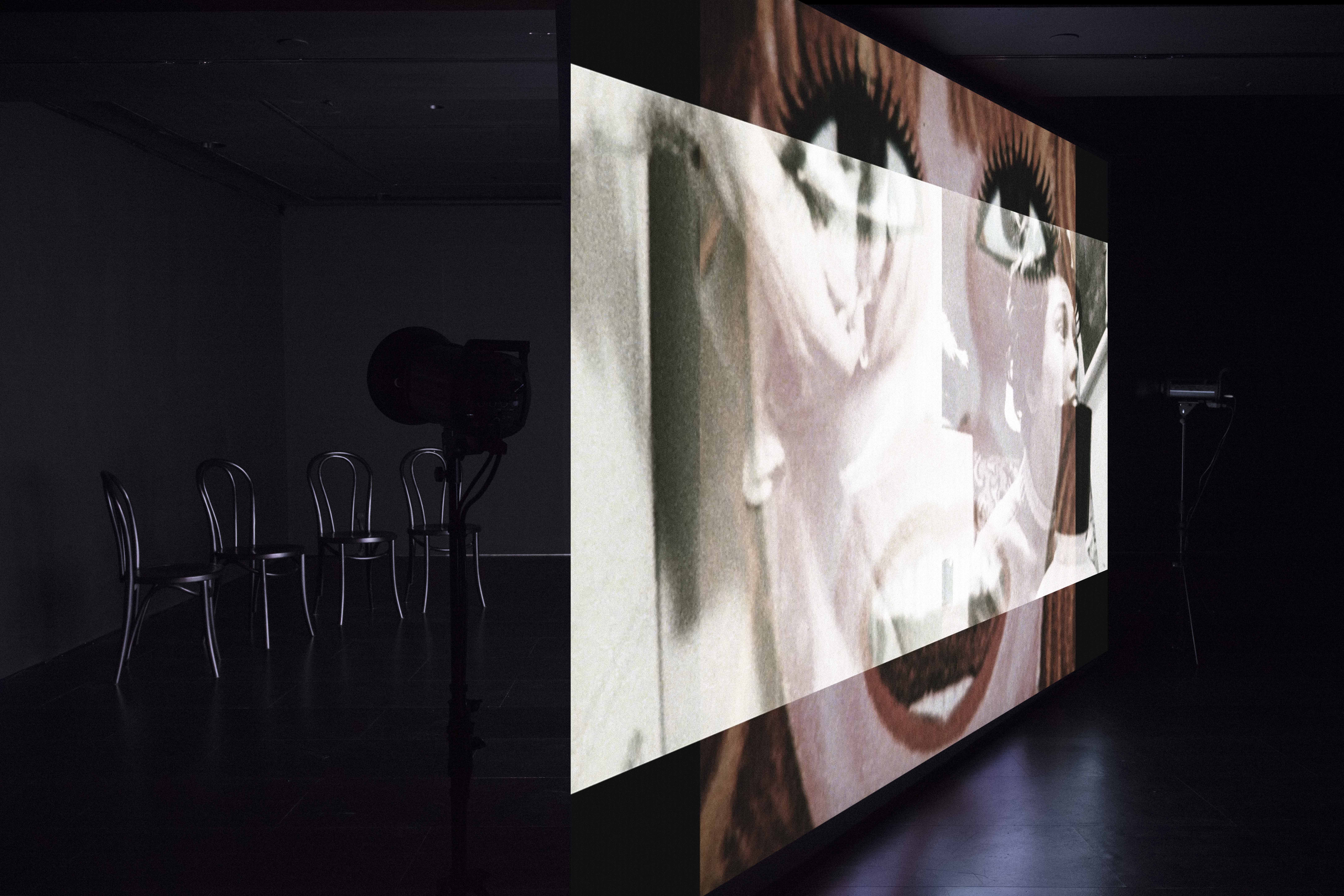 Visitors to the new Toshio Matsumoto (1932-2017) show at Empty Gallery were immersed in the artist’s experimental visuals as soon as the elevator doors to the gallery opened. Pulsating, coloured waves radiated from a central void and filled the opposite wall, while the entrance space was filled with cosmic sounds. White Hole (1979) simultaneously startled and mesmerised, taking the viewer on a journey into the void. This captivating start to the exhibition was only a taster of what was behind the next door.

The gallery consulted with the late artist’s archive to present a retrospective of his newly restored work. The dark space, enclosed between black walls, ceilings and floors, was the perfect setting to display the dynamic aesthetic of the post-war image maker. Empty Gallery brought together a selection of the artist’s documentaries and short experimental films from 1960 to 1979, each featuring drastically different subjects, but connected through their enquiries into the complicated conditions of a changing Japanese society.

Phantom (1975) and The Song of Stone (1963) were paired in a juxtaposition of ethereal and earthly. Accelerating, repetitive tapping sounds, a male voice and chimes opposed otherworldly audio, birdsong and orchestral carnival music; black-and-white images of granite manufacturing, human labour and production facilities were contrasted with flashing, colour-saturated frames, ranging from a shirtless man in yoga poses to statues and an eyeball. Like Phantom, Atman (1975) played with a heightened colour palette produced using infrared film specially imported from the US. Positioned downstairs, Atman depicted a single figure in a demonic Noh theatre mask. Still images encircled the actor, stitched together to jumpy effect, like a stop-motion flipbook, as the video pans around and zooms in on the seemingly serene individual sat alone in a field.

For The Damaged Right Eye (1968) was one of the most intense, emotional pieces on display. Two projectors side by side created a split-screen image, while a third projected the same clips on top of them. All videos and images were sourced from media, advertising and other material that represented contemporary cultural events in Japan. These heightened visual stimuli were abruptly interrupted by strobe lights, leading to a shocking, overwhelming visual overload that aggressively demonstrated the fluctuating social atmosphere of the era the piece dates from. Perhaps it was intended to serve as an awakening to those with a “damaged right eye”, who view the world through a squinted, distorted viewpoint, alerting them to progressive social changes.