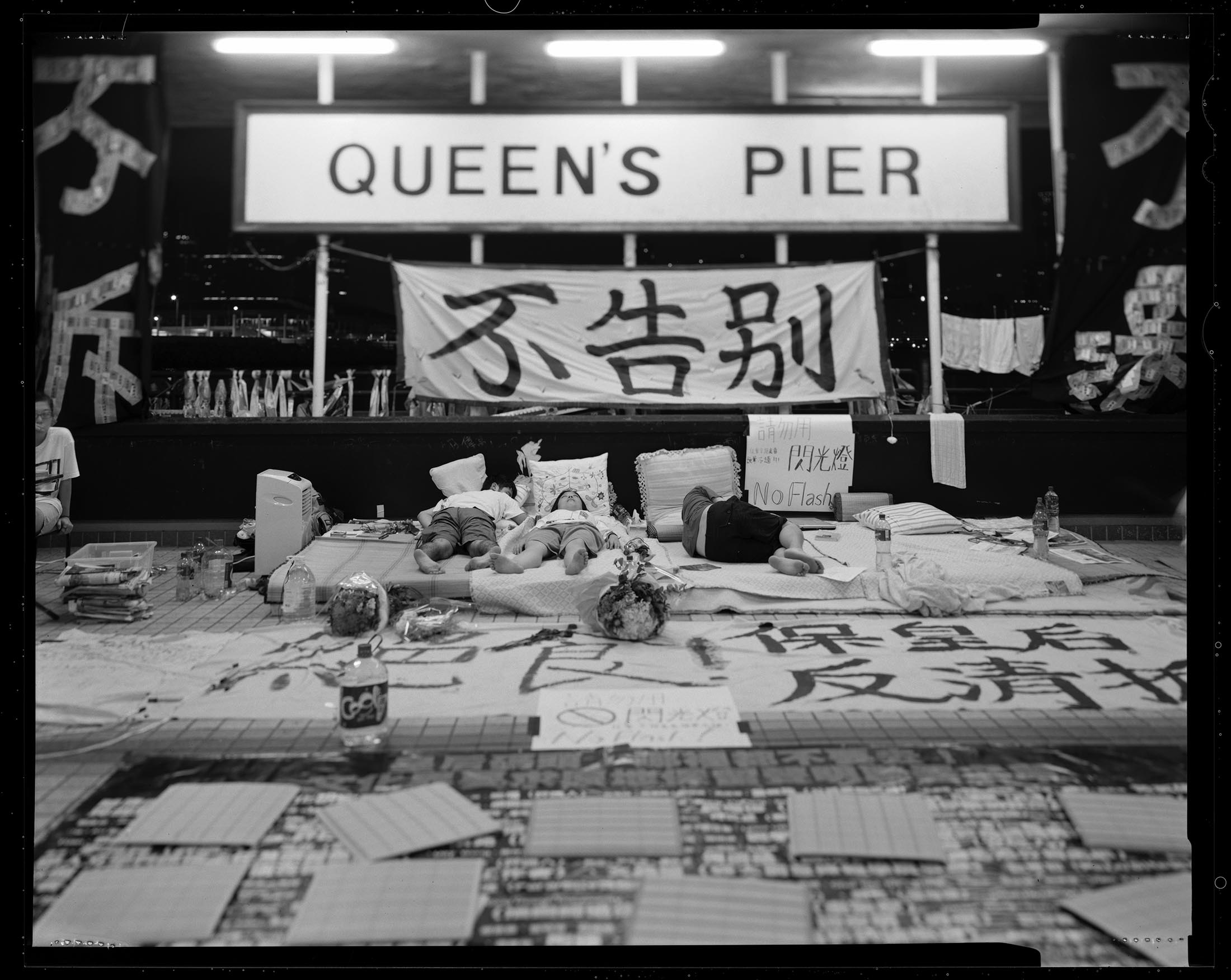 The very first art objects mass-exported from China to buyers in Europe, Asia and the Ottoman Empire were designed-to-order, ceramic and porcelain chinoiserie items, often purely utilitarian: crockery dinner sets, jars and storage urns. In the 18th century worldwide trade expanded due to growing demand, sturdier ships and established trading routes. Canton, as Guangzhou was then known, was China’s only port open for foreign trade, and encouraged by the success of the porcelain trade the earliest China Trade paintings were created there. This established the practice for visiting European traders and military personnel to buy or commission a painting as a souvenir of their visit or an export product.

The monopoly on British trade with India and China held by the British East India Company for more than two centuries ended in 1834. Direct British government rule in India began 23 years later, and coincided with and encouraged Britain’s full-tilt colonial trading and military expansion in Asia and Africa during the 19th century.

In 1842 the British colony of Hong Kong was founded after it was conceded by China in the unequally negotiated Treaty of Nanking following the First Opium War. Hong Kong gave Britain a strategic regional military location and an alternative trading entrepôt to China’s Canton. By the 1870s Hong Kong had become a key military, communications and trading link with the world and particularly other foreign concession trading ports along the China coast, inland and around Asia.

A variety of businesses set up shop along and behind Hong Kong’s busy waterfront praya. Artists and photographers, many Chinese and some European, catered, as the Canton artisan painters did, to traders, tourists and military personnel. Marine scenes, often depicting visiting sailing ships, paddle steamers and local shipping, were painted in the China Trade style. A new identifying motif emerged in these paintings: Hong Kong’s magnificent natural Victoria Harbour and its defining land feature, The Peak. And, to accommodate Europe’s thirst for knowledge, European correspondent artists based in Hong Kong would courier paintings and drawings of scenes and events by ship, to be engraved in London and other European cities, and then appear months later as news or feature items in newspapers and magazines such as The Illustrated London News.

Ping Pong’s exhibition Working Harbour is an introduction to the diverse visual impressions of Hong Kong’s beautiful, vibrant Victoria Harbour and the surrounding seas, ranging from the colonial period to the present.

Representative of the China Trade painting tradition is the depiction of HMS Plover (1859), in the harbour to replenish supplies and arms. It sank in battle in a failed attempt to capture the Taku Forts, on the Pei Ho (now Hei) River, near Tianjin, during the Second Opium War, in 1859.

Changes in painting style, particularly the freer plein air of impressionism, itself influenced by the colour and airy otherworldliness of Japanese woodblock prints, can been seen in Eiko Kato’s early 19th-century views of The Peak.

Arthur Hacker and George Chinnery lived a century and a half apart, but they shared an interest in street life. Hacker was a trained artist and designer recruited directly from 1960s Swinging London to oversee design at Hong Kong’s Government Printer, where he oversaw many publications with a modernist design sensibility. Hacker’s own art was pop art-inspired with sensual, psychedelic curves and geometric lines, seen even in his depictions Hong Kong’s swarthy “sampan girls” (1973), who ferried sailors to their offshore ships, supplying provisions and services including cleaning and repainting to visiting ships.

Chinnery chronicled the street and sea life of Macau and Hong Kong in his evocative, loosely drawn sketches (1850), the equivalent of spontaneous contemporary street photography. Richard Winkworth’s use of sea-blue in his paintings recalls the famed Chinese willow-pattern blue so eagerly copied in Europe for centuries. His encaustic paintings (2017) are beautiful, minimal impressions of the sea, salt spray and shorelines on Hong Kong island’s rugged southeast Shek O headland.

Hong Kong’s best modernist artist was Luis Chan. His pioneering ink paintings from the 1960s to 1990s depict fantasy landscapes made up of Hong Kong’s islands, surrounding seas and harbour, with a circus-like line-up of people, fish and magical greenery that becomes the city’s new topography. Similarly, Tsang Chui-mei’s early oil paintings are mindscapes that tease out the psychological cracks of a big, busy city such as Hong Kong. Her painting A Replica of a Painting in 1998 (3) (2012) is a remembered version of an earlier large painting of the same subject – memory plays tricks; sections of the original painting are missing, but the swirly sea and sky remain.

Despite the love Hong Kong has for Victoria Harbour, it has been exploited for commerce and development since the city started to expand. The former Hong Kong island Star Ferry building and clock tower were controversially demolished  in 2006 for the latest Central reclamation project – and, to impede a similar demolition, Queen’s Pier was occupied by protesters in 2007. The documentary photographer Ducky Tse spent those months recording the occupation, protests and life on the pier until the final negotiations: an agreement with the government to place the pier in storage for its future rehabilitation.

In a personal protest, Kacey Wong made a steel seat (2017) and secured it on rocks on Ap Lei Chau, at the end of Lee Nam Road near Horizon Plaza. As the sun passes overhead the drilled holes in the seat cast shadows, and the name of Chinese Nobel Peace Laureate Liu Xiaobo is daily imprinted on the rocks below, memorialised with his dates of birth and death in prison in mainland China.

João Vasco Paiva returns us back to Hong Kong’s rich marine history: his installation (2014) is an evocative flag, of a type flown on a ship’s deck before modern radio, satellite and internet communication. In the shape of a cross, it suggests Hong Kong’s role as a crossroads for trade, cultures, people, ideas and communication – a place for sea, ships and visitors to come and go across Hong Kong’s harbour.

This essay accompanied the exhibition Working Harbour at Ping Pong 129, December 2017 to February 2018. A version was also published in Ming Pao Weekly, December 9, 2017, translated from English by Aulina Chan.