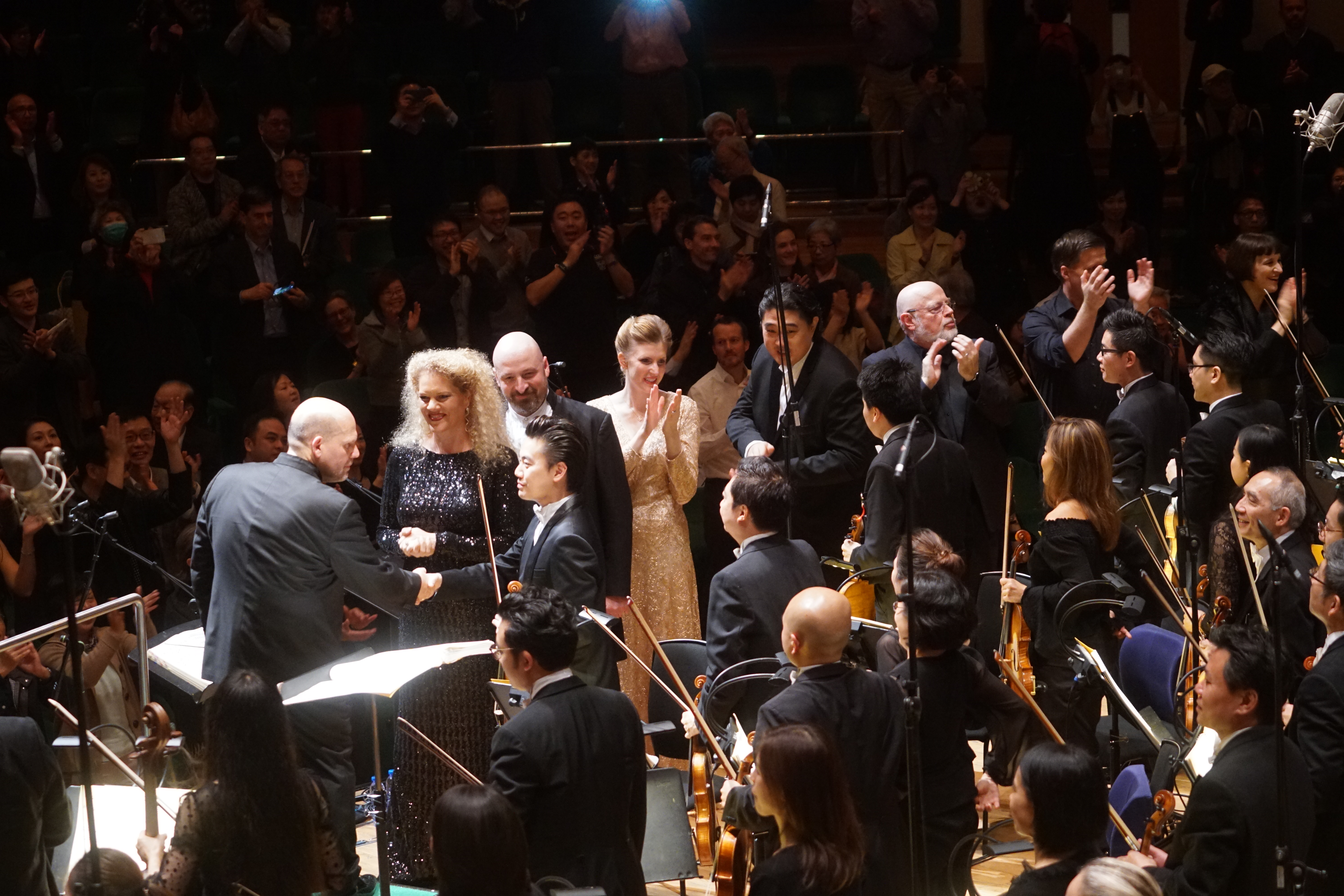 In each of its past three concert seasons, the Hong Kong Philharmonic Orchestra, under the leadership of music director Jaap van Zweden, has presented one opera from Richard Wagner’s tetralogy Der Ring des Nibelungen, aka the Ring Cycle. The plaudits that these concerts and the commercial recordings made of them have received meant there were high expectations for Götterdämmerung (1874), the fourth, longest and toughest work in the cycle. Happily, this final instalment did not disappoint.

The orchestra, over a hundred strong, inevitably sometimes overwhelmed the solo singers, with the former just behind the latter on the stage. Daniel Brenna sounded youthful as the hero Siegfried should, but his voice and tone were wanting in power and focus respectively. As Gunther, the ruler of the Gibichung race, Shenyang had a sound that was dark and indistinct in Act One, but thereafter his voice opened up.

By contrast, Eric Halfvarson sang with power and authority throughout, in a vivid and often frightening portrayal of the villain Hagen, Gunther’s half-brother. Peter Kálmán’s appearance as his dwarf father Alberich was brief but effective, so grimly did he urge his son to do evil. Gutrune, Gunther’s sister, sung by Amanda Majeski, pouring out her feelings on the death of Siegfried elicited pity for this rather passive character; it would be good to hear the vocalist in a more challenging role. As the valkyrie Waltraute, Michelle DeYoung sounded suitably gloomy and sorrowful when she told of the plight of the gods, while her sister Brünnhilde, sung by Gun-Brit Barkmin, listened in befuddlement.

Barkmin is a fine Brünnhilde, which is crucial to the success of any performance of Götterdämmerung. Hers isn’t the biggest of voices, but it projected well and possessed a poised calmness. She was affecting when fearful of her abductor; fearsome when she realised that he was none other than her lover Siegfried; and dignified, as befits an erstwhile valkyrie, when preparing to alter the world order in the final Immolation Scene. Her achievement is all the more impressive considering that this was the first time she had ever performed the role.

The combined forces of the Bamberg Symphony Chorus and the State Choir Latvija — plus just eight performers from the Hong Kong Philharmonic Chorus — had been trained by Eberhard Friedrich, chorus master of the Bayreuth Festival, and produced an idiomatic Wagnerian sound, singing as the uncouth Gibichungs with a raw vigour. Van Zweden generally adopted swift tempi, and the performance never dragged; it clocked in at just four hours 24 minutes. The orchestra played valiantly throughout and showed no sign of fatigue, even at the end of Act Three. Its powers of depiction were remarkable, for example of the complex emotions of Brünnhilde in Act Two when Siegfried’s betrayal dawned on her, while all of the orchestral interludes had a great cinematic quality to them. This was a strong conclusion of Hong Kong’s first-ever Ring Cycle, and a milestone for the Philharmonic.