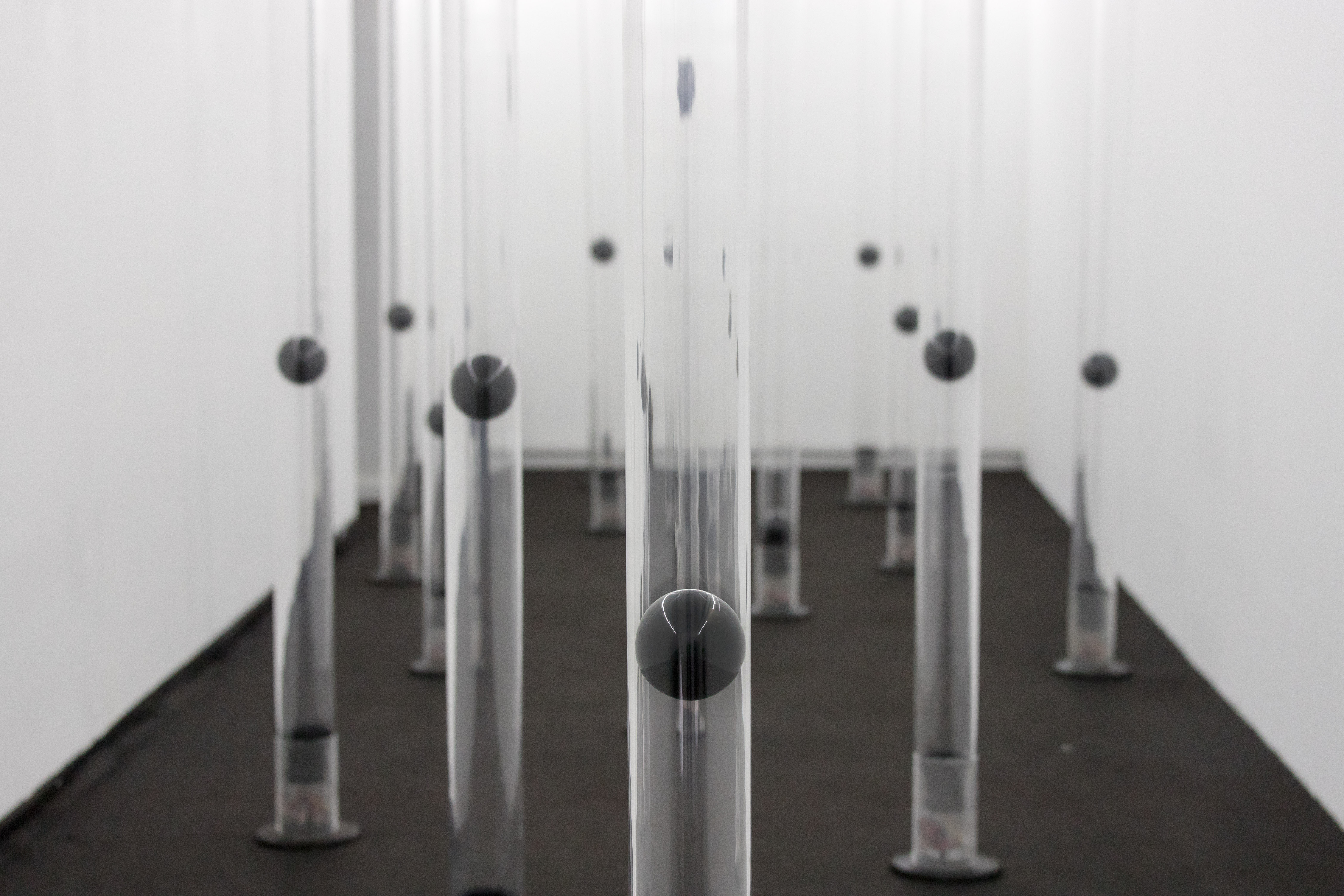 The hashtag has changed the way we communicate in the digital age. In the exhibition One World Exposition 2.2: #YOU#ME#ourSELFIES at Hong Kong Visual Arts Centre, artists from mainland China and Hong Kong born in the 1980s and 90s show us how the language of technology, the internet and social media infiltrates the aesthetics of art. The title suggests a radical change in how art is experienced, especially by the millennial generation. Gone are the days when security guards in museums yelled “No photos”; instead, audience members are now encouraged to document their participation and interaction with the art works by generating content themselves, usually in the form of a selfie on social media, democratising the consumption of art across time and space. The exhibition showcases how media art can engage with contemporary issues through a selection of multidisciplinary works.

Hu Weiyi’s The Raver compares our consumption and production of information to being strapped to electric chairs used during executions. We are forced to react incoherently to the bombardment of images, sounds and words we are spoon-fed by digital devices. Partial images captured by the cameras surrounding a figure strapped to an electric chair are projected onto a screen in front of her. This eerie performance and installation piece echoes daily life, especially when we sit in front of a computer screen staring at pictures of ourselves. It makes us wonder if we are truly free, or mindlessly controlled by technology.

The Raver by Hu Weiyi, performance and video installation, 2017. Courtesy the artist and Videotage. Photo by Derek Yung.

Another attention-grabbing work in the show is Chris Cheung’s CarbonScape. In a stark white room, black spheres bob up and down in acrylic tubes in a mesmerising, hypnotic fashion. Coupled with the ambient noise in the background, the work is reminiscent of industrial chimneys. The artist says the spheres symbolise carbon dioxide levels, which are increasing globally due to human activities. This immersive, kinetic installation situates the audience in a manmade environment and asks them to rethink their position in relation to the planet. Similarly, Carla Chan’s A Blacker Cloud shows us the destruction of the environment through a real-time smoke-machine installation inside three transparent boxes. Viewers can see clouds of smoke turn from white to black.