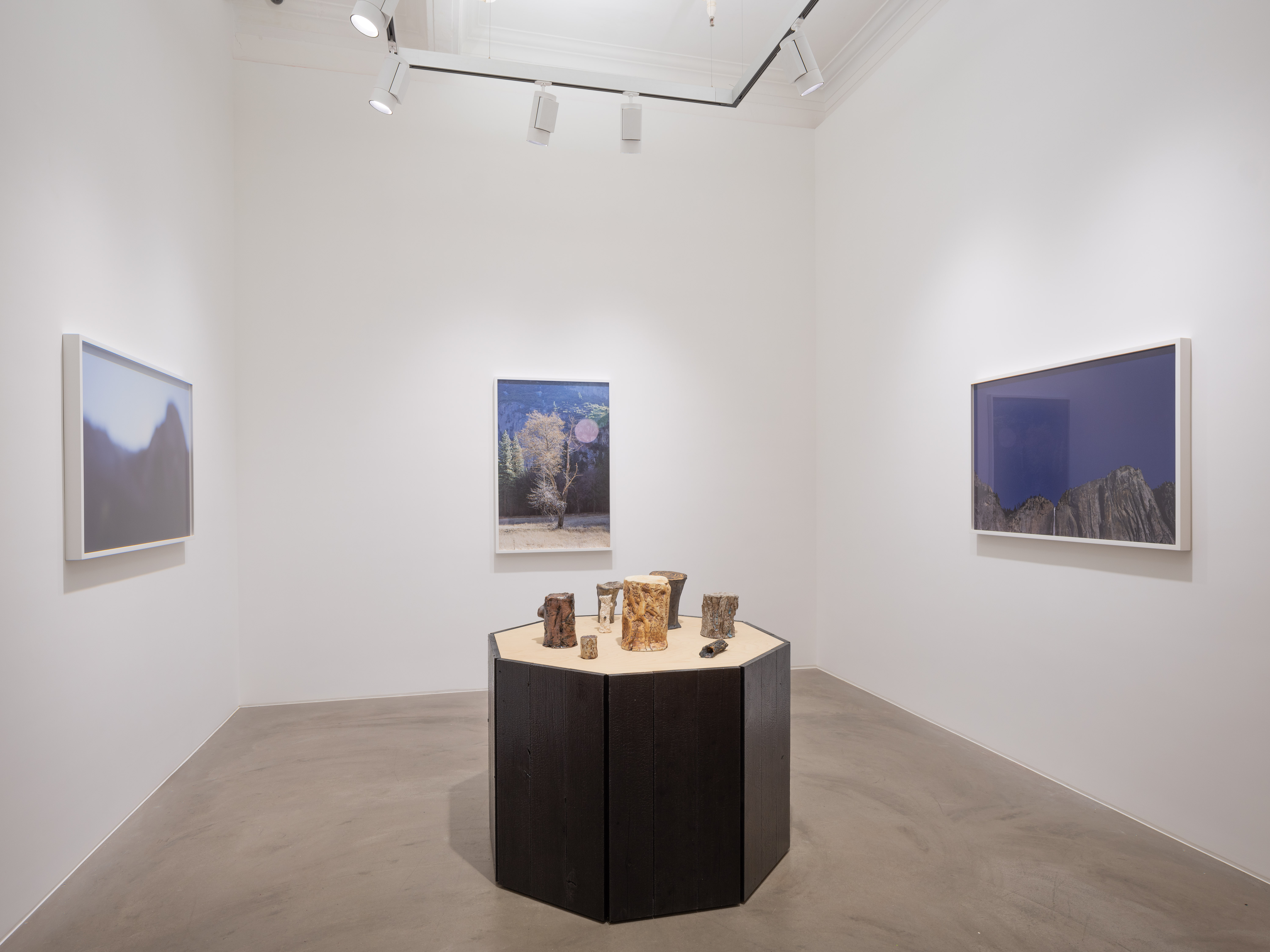 American photographer Catherine Opie once described herself as a “kind of twisted social documentary photographer”. Born in Sandusky, Ohio, the young Opie picked up a camera at age nine, inspired by the photographs of Lewis Hine, and immediately began photographing friends and her community. Over several decades she has gone from marginalised photographer of the marginalised to a member of the establishment: she had a 2009 retrospective at the Guggenheim Museum, New York, is a tenured professor at UCLA and sits on the boards of the Museum of Contemporary Art Los Angeles and the Andy Warhol Foundation for the Visual Arts.

Like Walker Evans before her, and later Robert Mapplethorpe and Diane Arbus, Opie shares an interest in and affection for subcultures, and for individuals and communities overlooked by society. Her early series Being and Having (1991) and Portraits (1993-97) mixed traditional portrait photography with less traditional subjects, depicting her friends in the lesbian and gay community in Los Angeles, transgender women and men, drag queens, and members of the tatted, pierced, leather, queer and S&M community of San Francisco. To photograph is to accord importance, and Opie accorded these subjects beauty, dignity and visibility, bringing them into art galleries and museums, and opening up discourse around the queer community.

There were also self-portraits that were both controversial and later also iconic and career-defining. Self-Portrait/Cutting (1993), a photo of her shirtless back carved with stick figures of two women and a house, expressed her personal domestic longing. In Self-Portrait/ Pervert (1994), Opie is seated topless, hands folded on her lap, before a black and gold brocade curtain. She is hooded in a black leather gimp mask, the word ‘Pervert’ cut in ornate script across her chest, and her arms woven with hypodermic needles – play piercing associated with the S&M scene in which she was a participant.

In Self Portrait/Nursing (2004), created after she had given birth to her rst child, she sits against a background of red drapery, cradling her cherubic, golden-haired infant to her naked breast. Her exposed arm is decorated with tattoos and her chest bares a faint scar spelling the word “ pervert”, an image of butch motherhood that defiantly rejects the traditional notions of normative femininity. Opie challenges social norms by exploring sexual and cultural identity in images that play with the classical tropes of art-historical imagery, in this case the Madonna-with-child associated with maternity. Her portraits display the composition and sensibility of old master portraits, with the formality of portraiture drawing viewers in and inviting them to look carefully at something they might otherwise not take time to see, or want to see.

But her three-decade career body of work can be confounding in its diversity of subject matter. At times it’s difficult to connect the dots between her work, from photos exploring the gender- fluidity of pierced and tattooed friends to photos of LA freeways, surfers, Elizabeth Taylor’s personal effects, malls, high-school football and tree stumps. Opie doesn’t discriminate when it comes to in a subject’s value or importance. Hers is a democratic, inclusive view of America. But her photo series all share curiosity and an affection for their subject matter.

Her recent Hong Kong exhibition at Lehmann Maupin, So long as they are wild, featured 11 photographs from her 2015 series of Yosemite National Park, initially created as a commission for the new federal courthouse in downtown Los Angeles, alongside a cluster of nine small ceramic tree stump sculptures. The latter, grouped together on a hexagonal pedestal in the middle of the gallery’s smaller room against a background of three photographs, are a “tactical representation of the nature in her photographs”, according to the gallery, formed by directly imprinting the clay onto the bark.

Unlike the photos that made her name, those in the exhibition are quieter and subtler. Her usual radicalism and iconoclasm are still on display, however. They depict landscapes: some out of focus, others close-ups of a cascading waterfall, reflections of a waterfall in a lake, or a stretch of cobalt-blue sky over the jagged ridge of a mountain peak. They require more of a committed engagement from the viewer, a slowing down, and reflection on both what is shown and what isn’t. These images push the boundaries of depiction and recognition; her landscapes are sometimes barely recognisable as such.

Opie spent a long time visiting wilderness sites across the US, and chose to focus on Yosemite National Park due to its strong connection to iconic American landscape photographer Ansel Adams, who released his Yosemite series in 1927, displaying images of the monolithic granite cliff face of Half Dome, as well as panoramic views of the park. The photographs emphasised the indomitability, awe-inspiring beauty, authority and majesty of the landscape, a frontier open to exploration and conquering. Opie rejects the rugged, masculine representation of the classical landscape genre, opening it up for examination through a feminist lens. She explores the relationship of the natural landscape to the human body, humorously creating visual parallels, as well as deconstructing the way we look at photographs.

The photos on view all depict the wilderness fragmented, in close-up, blurred, cropped at surprising angles, so that there is no notion of scale, let alone a recognition of the iconic geographical site. There is a soft, emotional quality to many of the works, dreamy, sensual and intimate. In Untitled #4 (Yosemite Valley) (2015) and Untitled #2 (Yosemite Valley) (2015), the landscape is so blurred in that the images take on an abstract, painterly quality. The out-of-focus photographs seem to imply memory, nostalgia and the passing of time, but also a foreboding warning of the fading or disappearance of the landscape before us.

A couple of sharp-focus photographs of a waterfall, Yosemite Falls #4 (2015) and Yosemite Falls #2, (2015), are deliberately suggestive of female genitalia, of crevices and wetness. Blurrier photos such as Untitled #3 (Yosemite Valley) (2015) take on almost a censorious appearance, a negation of the female sex that highlights society’s obsession with censoring the female body. But a blurry photo is also an anti-photo, imperfect or an accident, and runs contrary to our expectations of what formal landscape photography ought to be: clear, in focus, and with a strong emphasis on composition. The blurriness and unusual cropping of the images reveal the photographer’s hand, drawing the viewer into dialogue with the work. The viewer is prompted to ask why the photographer has chosen to privilege this shot over another, or chosen a blurry image and then framed it, or focused on the sky instead of the mountain.

The exhibition title is taken from a quote by Scottish-American naturalist John Muir, known as the “father of the national parks”, who in 1890 pushed the US Congress to pass a bill to protect national monuments and parks, and establish Yosemite National Park. “None of Nature’s landscapes are ugly so long as they are wild,” he wrote. It is an acknowledgement of the importance of Muir’s preservation work, but also reveals Opie’s reverence for the great, untouched, natural landscape, and the need to protect it.

“The painter constructs, the photographer discloses,” wrote feminist theorist Susan Sontag. These photographs are not just a representation of a captured visual experience, but also captured consciousness. Opie’s is a conceptually and intellectually laden artistic output, suggesting an alternative to the way we look at and present photographs.