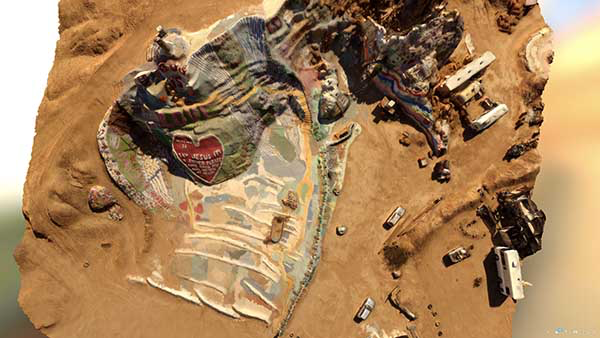 The 7th edition of the Asian Art Biennial, organized by the National Taiwan Museum of Fine Arts, co-curated by artists Hsu Chia-Wei from Taiwan and Ho Tzu-Nyen from Singapore, opened on October 5th, 2019. The exhibition features a wide selection of artworks, including paintings, installations, video works, performances, and workshops by 30 artists and collectives from 16 countries.

Titled “The Strangers from Beyond the Mountain and the Sea”, the 2019 edition of the Asian Art Biennial focuses not only on the encounters between insiders and strangers, but also explores complex human entanglements through non-human elements. By “strangers”, the curators refer not only to travellers from distant lands, but also spirits, gods, shamans, foreign merchants, immigrants, minorities, colonists, smugglers, partisans, spies and traitors. To them, strangers are mediums, through which other worlds may be communicated. As such, “strangers” have the potential to propel and transform the very foundations of our cultures. Through the perspectives of “strangers”, this exhibition seeks to spark the imagination and curiosity of viewers by expanding the limits of our existing knowledge systems, as well as extending the frameworks by which reality is understood.

The curatorial concept is further explained by curator Hsu Chia-Wei: “We are living in the Age of the Anthropocene, a geologic time period proposed in recent years to refer to the dominant influence of human activities on the climate and environment. This has led to critical reflections on anthropocentrism – the point of view that humans are the only, or primary, holders of moral standing”.  This has in turn led to three observable trajectories in contemporary art practice: First,  a re-evaluation of diverse pre-modern “tribal” societies as a critique of a monolithic concept of modernity; second, a re-thinking  of how the human race can coexist with the environment in an ecologically sustainable manner; and third, a re-examination of our philosophical systems, and a review of our assumptions about technology which has spun out of control since the Industrial Revolution. These are some of the issues that both Hsu and Ho have focused on extensively in this edition of the Asian Art Biennial. Their attempts to present possible links and overlapping conditions between the aforementioned three trends give rise to connections and correlations to this concept in the showcased artworks, be it on their own or in relation to each other.

Young emerging artists, Korakrit Arunanondchai from Thailand co-created with Alex Gvojic and inspired by the 2018 rescue of 12 schoolboys and their football coach from the Tham Luang Cave in Thailand. The artwork embodies, in its unique and energetic way, the intricate mesh between environment, technology, politics, and culture. Singaporean artist Charles Lim will present 2 works from his ongoing series SEA STATE, in which videographic means  are utilized to explore maritime environments and histories, as well as to examine the political and biophysical contours of nation states. Meanwhile, renowned Korean artist Lee Ufan – an iconic figure and theorist of the Japanese movement “Mono-ha” – uses materials in their raw states to create works which are energetic activations of spaces rich with implications of Eastern philosophies. Virgin Land, an installation incorporating theatrical, video, and audio elements in an immersive setting by Taiwanese Ting Chaong-Wen. It draws inspiration from the history of quinine, a medicinal cure developed by colonizers through the exploitation of the local customs and natural resources of their colonies.

Another highlight of the biennial are footnotes provided by researcher Lin Yi-Hsiu, at the invitation of the curatorial team, which present carefully selected contexts of artists and their works, in a fresh and unique way. This information is meant to satisfy those seeking different depths of knowledge, offering something for everyone. A series of events and seminars will also be held throughout the exhibition.