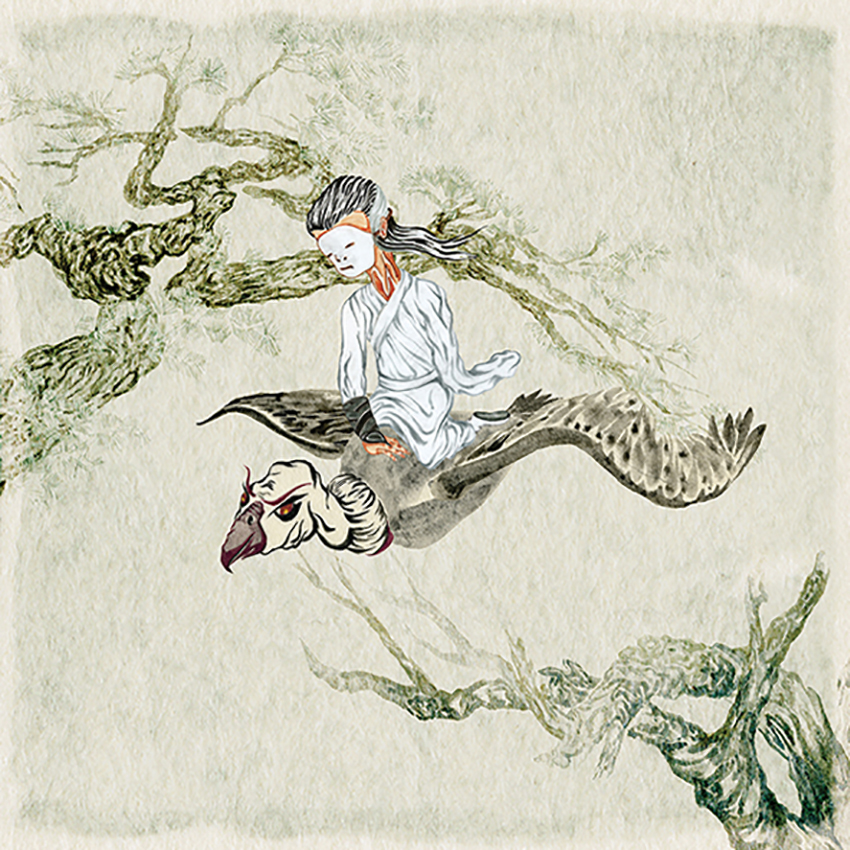 Two years ago, while passing by Aberdeen Fish Market after it had closed for the night, Howie Tsui wandered inside to consider the tanks in the dark. As the artist stood there alone, he noticed inky liquid steadily sloshing over the market floor and into his shoes, later realising that it was part of a nightly ritual in which stagnant water is flushed out of the aquariums.

A similar teeming tank is a recurring motif in Tsui’s exhibition Parallax Chambers at Burrard Arts Foundation in Vancouver, where Hong Kong-born Tsui is based. The centrepiece of the show is the fantastical animation Parallax Chambers (2018-), made from scans of hundreds of Tsui’s ink-and-marker drawings. Projected against one wall in a darkened room, the work features spectral imagery inspired by the wuxia martial arts fiction series Legend of the Condor Heroes, Hong Kong cinema and a grisly fish in a tank with a fluctuating water level. Various haunted-looking characters are seen impaled by tree trunks, praying, fighting and dying inside crowded rooms as lasers jut across the screen.

Complementing the video elsewhere in the room were four framed works, including two lightbox lenticular prints of images from Retainers of Anarchy – Joyride (2018) and Winged Assassin (2018) – and the beautiful ink-on-goat-parchment drawing The peel, the bark, the tome (White Camel Mountain) (2019), which was mirrored on the opposite wall by Parallax Neon (White Camel Mountain) (2019). These still works offer visitors an opportunity to closely contemplate Tsui’s striking drawing style, which eschews rules of perspective or depth at the service of otherworldly drama.

In 2018, Tsui exhibited an earlier version of Parallax Chambers at Art Labor Gallery in Shanghai; as Nooshfar Afnan described it in Artomity, the animation offered a “peek into the magical world of wuxia characters as they fight or purge themselves from poison”. So too does its successor on view in Vancouver; yet as opposed to the earlier iteration, which followed a consistent narrative, this updated work is live rendering. Thanks to programming assistance from Remy Sui, the scenes unfurl in a chaotic manner – their lighting conditions, backdrops, soundtracks and sequences are determined at random by a humming computer hidden behind the gallery wall.

Both visually and thematically, Parallax Chambers can be seen as a continuation of Tsui’s Retainers of Anarchy (2017), a tremendous animation set within the infamously lawless Kowloon Walled City, which also used wuxia motifs to explore the erosion of social order. While the disjointed viewing experience of Parallax Chambers denies visitors the narrative gratification of Retainers of Anarchy, its violence, discord and unpredictability are reflective of present-day Hong Kong, which can often feel like it’s overflowing with sociopolitical tensions, leaving many gasping for air. At the gallery, Tsui pointed out a figure in the animation being hit by sticks wielded by an invisible hand. “It looks like someone being beaten with police batons,” he said.