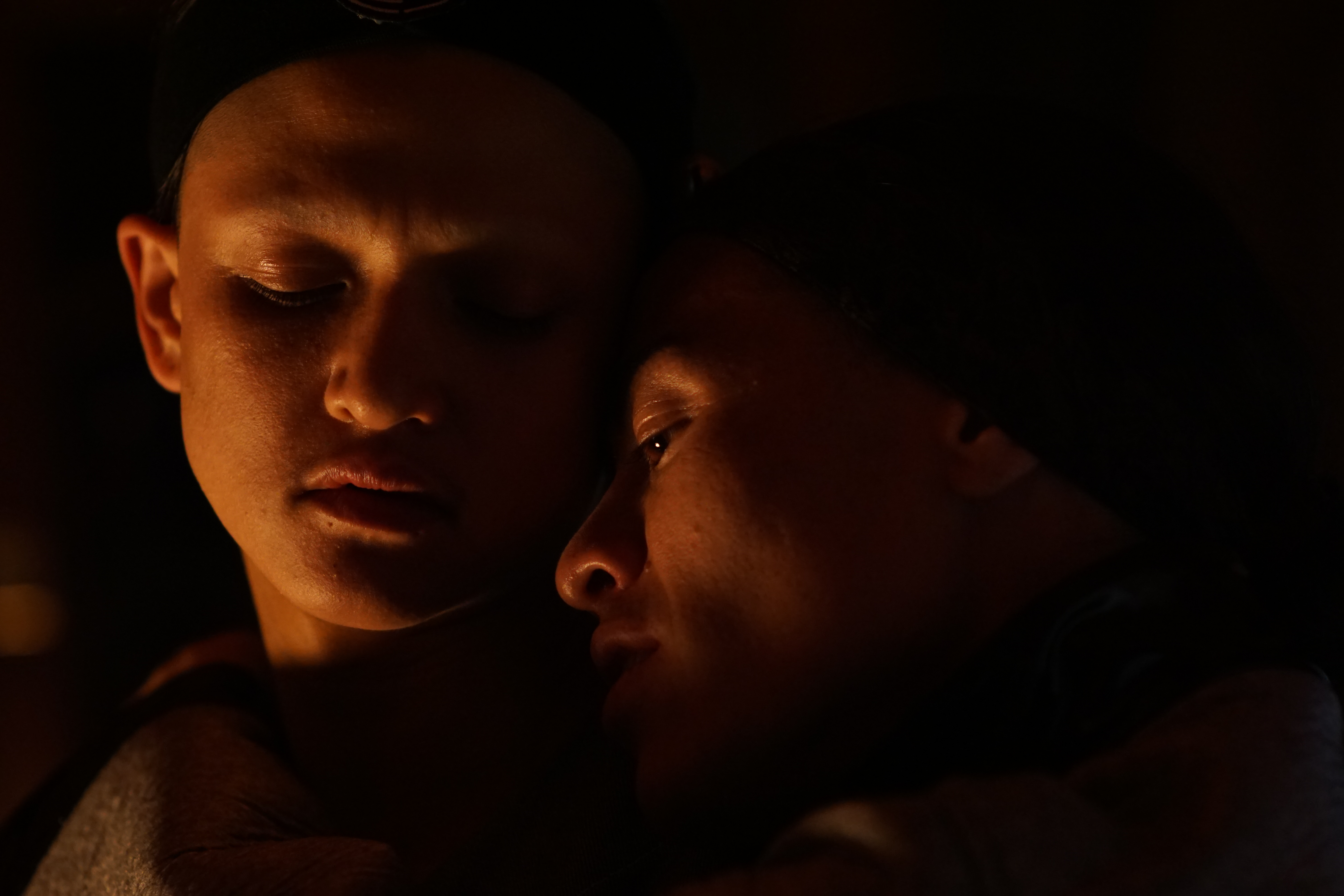 In 2005, Massachusetts-born, LA-based performance artist Wu Tsang set off for China to trace her ethnic roots. Her father, who was born in Chongqing, fled China as a child with his journalist parents in 1949, on the cusp of the Communist victory in the Chinese Civil War. They travelled through Hong Kong, the first port of call for thousands fleeing persecution and fearing the onset of the Communist regime, and made their way to the US. Almost 70 years later, Tsang took the same journey back to China, and it was to prove serendipitous creatively.

“I grew up in a white American part of the States. We were the only Asians, so I had a mythical notion of my heritage,” she says.  Coming across the story of Qiu Jin led to a decade of research and artistic discovery. “I had an awakening,” she says. “I researched everything I could about her.”

Poet, feminist and queer revolutionary Qiu is regarded as a heroine in China, but in 1907 she was far from the revered figure she is today. “At the time Qiu Jin was persecuted and executed she was not known at all. She was basically a convicted felon and a nameless person.”

Qiu was executed for her involvement in an uprising against the Qing dynasty, which eventually led to the end of the imperial rule and the founding of the Republic of China. She is a symbol of women’s independence in China. Her portrait hangs in the Communist Museum in Shanghai, a solitary heroine among the portraits of men. While today she is considered a martyr for modernity, it was her close female friend and rumoured lover, calligrapher Wu Zhiying, who first retrieved and buried Qiu’s body after she was executed, and eventually wrote her story, ensuring that it survived for posterity.

“Wu played the role of not only burying her but also becoming her biographer and mourning her, at risk to her own life and reputation,” says Tsang. “Everything we know about Qiu is mediated through Wu’s telling of the story. The idea of creating an art work out of Qiu’s narrative and history began with Wu’s involvement in preserving and sharing her story.”

Each object relates to the others and to the film: a sword; a metal drum filled with ashes and the remains of a burnt effigy; a casket of neon letters reflecting infinitely on itself. Together they guide the viewer on a journey, piecing together Qiu’s story, her life as a Chinese revolutionary and her death. They are presented in a dimly lit room closed off from the rest of Spring Workshop by dark red curtains, and divided in half by a large film screen. The effect is magical and sombre, like stepping into another world, one where Qiu’s ghost can be felt all around.

Tsang worked collaboratively with fellow performance artist Boychild, who portrays Qiu in the film, and the film is rooted in performance; this has long been the backbone of the duo’s work. Boychild’s performance career grew out of the San Francisco drag scene, while Tsang has been a seminal fixture in and driving force behind the Los Angeles LGBT scene. Tsang was one of the creators of LA’s legendary Wildness parties, frequented by the city’s LGBT community, which were the subject of her award-winning documentary Wildness (2012). Transformation, appropriation and the construction of alternative stories have always been part of queer nightlife and drag culture, and Duilian continues playing with these tropes.

Qiu’s rumoured lesbian love affair, and the broader theme of queer history and its invisibility, were the point of departure for Tsang, who describes herself as a transactivist and whose work has long explored and celebrated gender and sexual identity. “Qiu Jin for me in a sense is a trans figure. Of course there’s the surface thing: she dressed in men’s clothing and carried a sword, and had this persona of a male figure, like a knight. But in a deeper sense she really created a way of being that didn’t exist at the time.”

The film itself is a fictitious exploration of the women’s supposed love affair, usually omitted from official histories, which is represented through dramatised scenes of the couple together. But it is also about language, the power it has in shaping our relationships with one another, how it can construct or reconstruct truths, and how it shapes history.

“The writing has been healing for me, working with the poetry,” says Tsang. “It makes me think a lot about how language can escape from its time period and from the constraints of society. It can allow us to express desire or ways of being. I am trying to create a language here to communicate with others.” Rather than providing a faithful account of Qiu’s life, the film cracks open and deconstructs the apparatus of storytelling, and does so with humour and beauty. “I love the folklore,” says Tsang. “I don’t care how much is true. History is just a distortion anyway,” framed by those in power, she adds.

With the participation of a group of translators from Hong Kong’s LGBT community, who Tsang encountered while working on the project, poems and letters between Qiu and Wu were reappropriated and deliberately mistranslated – into Tagalog, Cantonese, Malay and English – creating an alternative narrative for the women. Here mistranslation functions as a device that calls into question and draws attention to the role of language in the construction of stories and myths, and the telling of history.

“Since the revolution has failed us, all we can do is brandish our swords and sing karaoke with snot and tears!” declares Wu in one mistranslation. The original message is obscured, and the result nonsensical. With the mistranslation of a few words, the statement is transformed from one that might have been potentially inspiring and empowering to one that is absurd and comical. A gap is created between the original intent and the final meaning, deconstructing the idea of authenticity and historical truth, and blurring the lines between so-called fact and fiction. Tsang wants the viewer to read between the lines and to question authenticity, how stories are constructed, and how language is used to immortalise, mythologise or relegate to oblivion.

The exhibition’s title refers both to wushu sword fighting and a form of poetry featuring couplets. Indeed, the film takes on a duel-like quality, as choreographed dance performances featuring Boychild and Tsang are woven into scenes of sword fighting performed by a troupe of female wushu practitioners. They represent the sword sisters, a radical group of women who initiated Qiu into a world of revolution after she left her husband and family.

The poetry voiceover rhythmically guides us from scenes of sword dancing to scenes of the two women together, presenting Qiu as a complex woman torn between two passions – for her country and her lover. “Why do the emotions of love and patriotism run so deep?” we hear in the voiceover. This tension and desire are central to the telling of Qiu’s story. “I have this question of: what is love?” says Tsang. “We have love for people, but then there’s also this love for a community, or a movement or cause.”

The film has a narcotic quality, enveloping us, inviting us to slip into this world of sorrow, love and revolution as we are rocked gently by the undulating rhythms of waves, the sound of rain pattering down, and dolorously toned poetry. Water is omnipresent in the film: it is the backdrop against which the story and relationship unfold. Water becomes a metaphor for the fluidity of time and place, and of identity: Qiu the martyr, the lover, the poet, the
transgressive queer revolutionary. Through water we are transported from one time and place to another, from the floating theatre of a colonial-style interior of a Hong Kong junk, suggestive of turn-of-the-20th-century China, to a modern-day Hong Kong landscape crowded with drab high-rises – and from Qiu as a historical figure to one that has just as much relevance today.

Tsang combines performance with research and her own personal imagery to reflect on questions of authenticity and artifice. After all, she says, the reconstruction of history can be as important as the supposedly real thing. Driven by rich visuals and a doleful voiceover, Duilian speaks to and of many identities, for “there is no one authentic identity”, says Tsang. It is an evocative tapestry of desires and hopes, a story of identity slippage and the power of words.