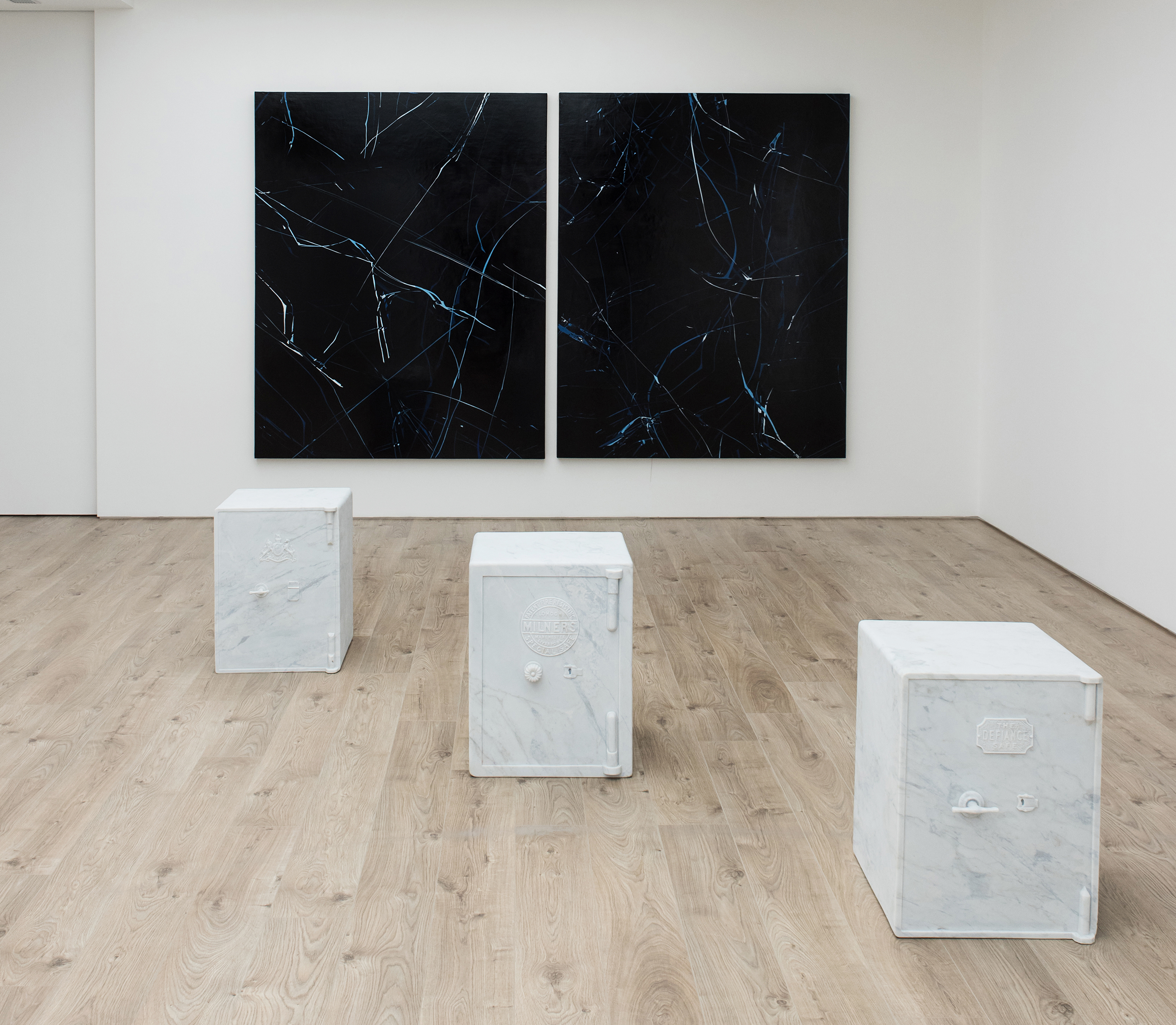 Beyond the much-discussed streak of provocation in his oeuvre, contemporary Chinese artist Zhao Zhao has consistently explored the subjects of oppression, violence and the dissidence and powerlessness of the individual in his homeland through various media. His latest works continue his engagement in these subjects, with subtle ruminations revolving around security that is shattered, voided or denied from those who seek it.

The focal point of the exhibition, Fragments (2015), is an intricate installation, vulnerable to accidental disruption because its brass fragments are movable on the floor, embodying a sense of risk that invites the viewer to reflect on their relation to it. This lack of security – and its potential impact on the viewer – evokes the inspiration for the work, the deadly explosion that took place in Tianjin in August 2015, representing yet another failure of public safety in China. Where previous works from the Fragments (from 2007) and Constellations (from 2013) series reflect on the notion of violence in media such as steel, panes of glass and mirrors, Zhao’s choice of medium for this new work highlights the historical and temporal impermanence of such violence, with the patina of the brass acquiring different colours over time.

The shattering of safety is encapsulated as a premonition in the large Untitled canvases and studies (2016). Using classical brush techniques, Zhao recreated fragments of glass as clear, realistic lines, then erased the details of these fragments, leaving only a rough silhouette against a deep blue or pure white background. A feeling of pressure lies between the lines across the canvas, hinting at impact and rupture, and elicits anxiety about what’s unseen – the backdrop of a larger, ominous landscape where individuals are powerless against danger that might be lurking.

Renditions of pre-colonial safes that Zhao collected in Tianjin and Shanghai starting in 2013,the three marble safe sculptures from the Safe series (2015) represent security that was once sought and obtained but is now voided. Stripped of their functionality, these creations pinpoint the disconnect between their historical function as a tool of safekeeping and their value as contemporary art works. In a similar vein, Zhao’s recreation of a cheap, disposable lighter as Lighter (2015) in suet white jade also marks the detachment of an object’s spirit from its form – an active intervention that illuminates the denial of security underlying the nation’s history, as well as possible directions in which the artist’s work might evolve.