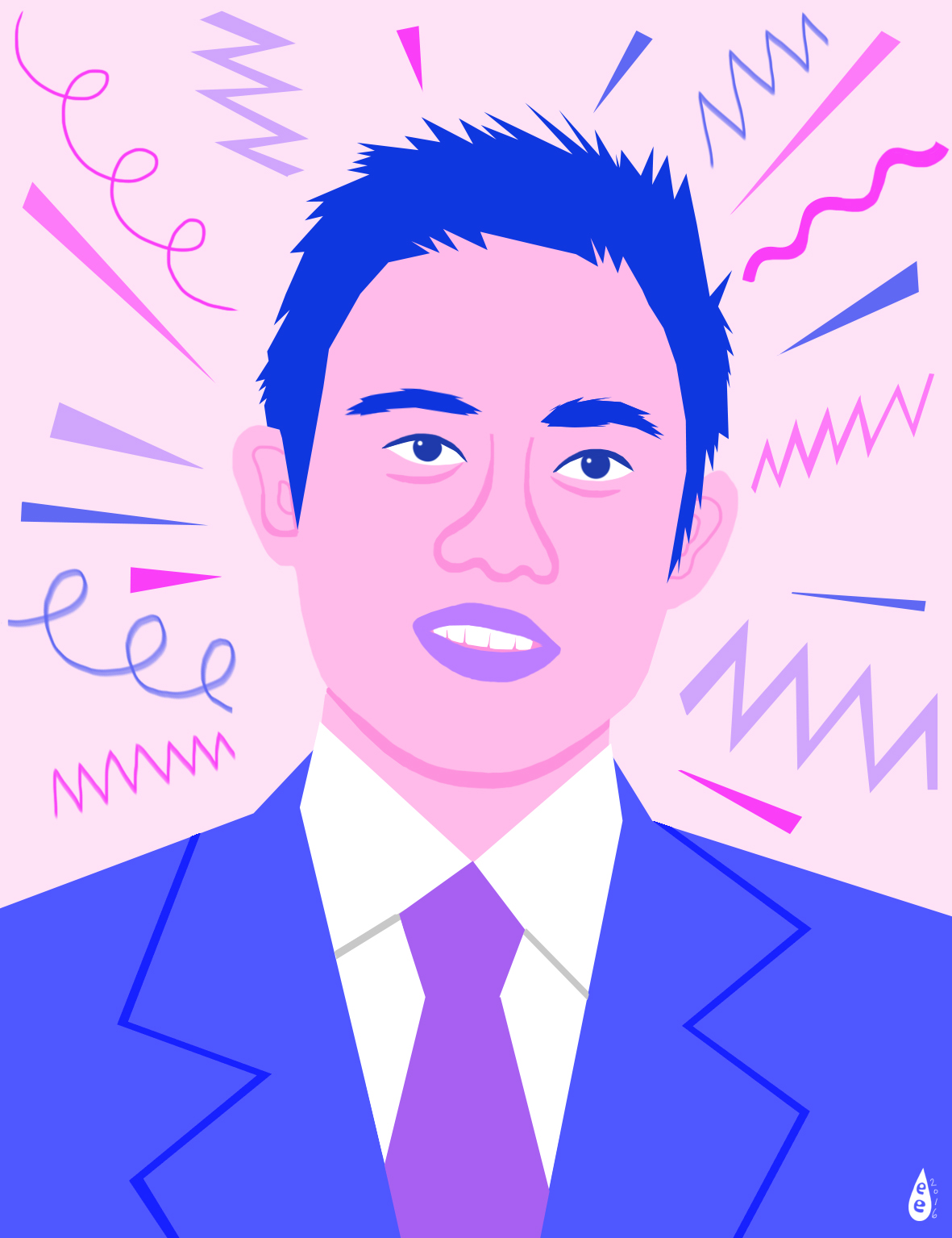 Alan Lau started collecting Hong Kong art about 10 years ago. He talks about three of his favourite works from his collection.

Tozer Pak’s Love Letter (2011) was allegedly dedicated to the artist’s wife when he proposed to her. It is a conceptual, poetic work consisting of four books and the receipt from the bookshop where the artist bought them. Pak plays a game with the Chinese titles of the books so that reading every second character spells out a sentence. In the version in Alan Lau’s collection, it says “I am thinking about you”. The collector likes the idea of finding poetry in a commercial transaction. It also reminds him of traditional Chinese poetry, in which scholars subtly hid messages. The piece itself contains a secret and has its own story: when the work was displayed at Para Site’s annual fundraising auction, a thief entered the gallery and stole the books – and nothing else. Both Pak and Lau found this hilarious, and Lau wanted to buy the piece, or at least a representation of it. The artist went to the police for a crime report, and then bought four more books; the new piece also includes the report and the new receipt.

There is also a story behind another of Lau’s choices, Kwan Sheung Chi and Wong Wai Yin’s participative work To Defend the Core Values is the Core of the Core Values (2012). The piece was part of an interactive performance that revolved around a gold coin made by the artists, who spent their entire artists’ fees on the gold. They organised a lucky draw along with a questionnaire, asking the public to write about the core values of Hong Kong. The winner could decide to keep the coin or let it sink to the seabed. The winner happened to have only written ‘Long Hair’ on the form, so the artists contacted Long Hair, aka Leung Kwok Hung, founding member of political party the League of Social Democrats.  He chose to keep the coin, but later tried to sell it to raise funds for the party. Lau heard about it and immediately offered to purchase the coin. Together with the posters and video, he was able to recreate the work, which was never made to actually exist.

Lau’s last choice goes to Firenze Lai’s painting This is not yours (2015), the artist’s response to the Umbrella Movement. After a long period of uncertainty, this work was a relief for the artist, as she could finally express what she felt during that tense time. Lau finds it loaded with emotion, particularly since the artist is usually more reserved in her practice.

This is not yours by Firenze Lai, Oil on canvas 2015. Courtesy Alan Lau.