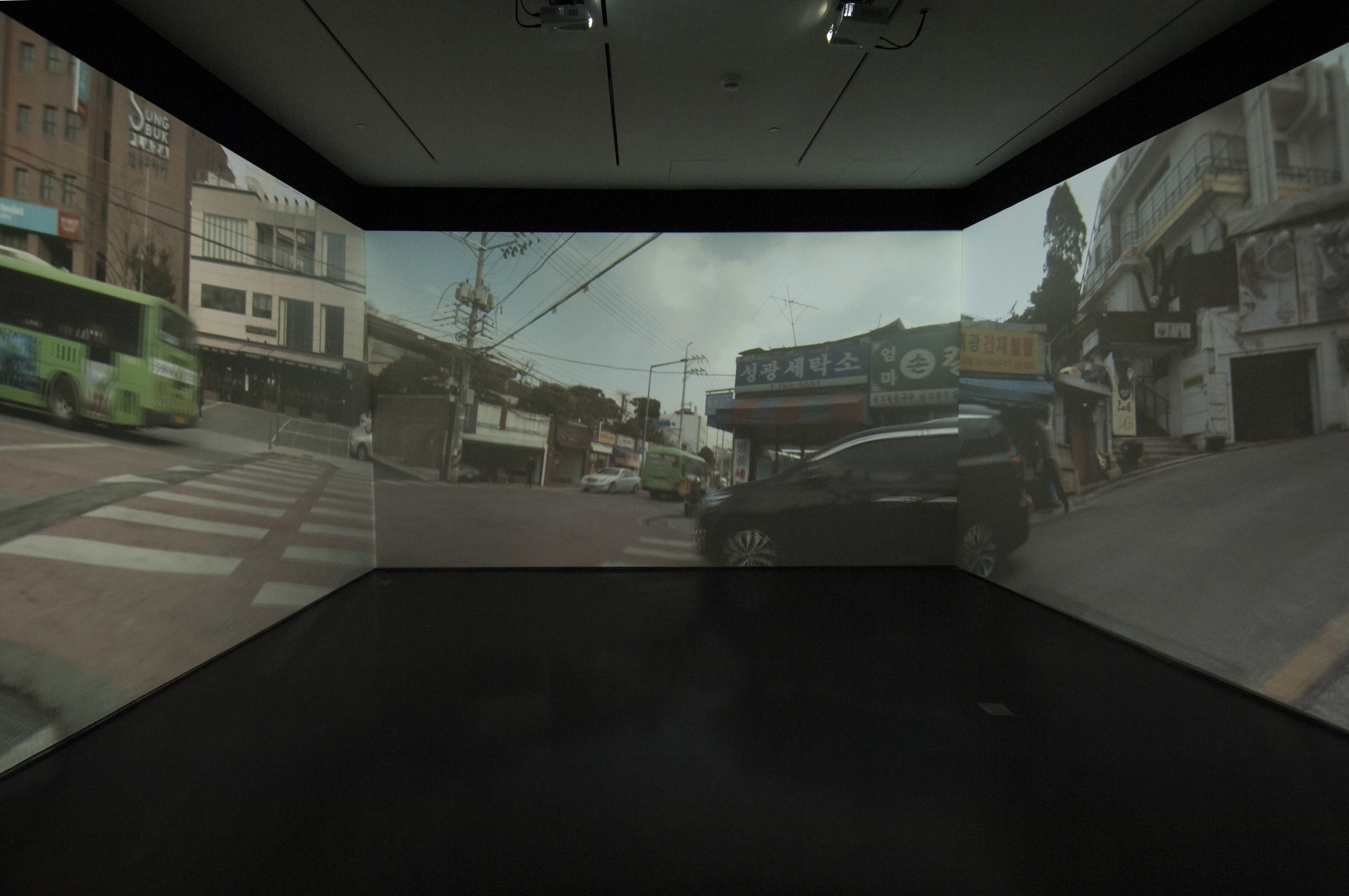 Every now and then you encounter an artist who resonates so deeply with you that they become a reference against which you assess all others. Do Ho Suh is one of them for me. I first discovered his work at his first Hong Kong solo exhibition, here at Lehmann Maupin, when his ongoing Specimen Series, small apartment fixtures and appliances replicated in translucent nylon, were displayed there in December 2013.

Many artists tackle questions of home, displacement and personal space, but few do it with as much finesse, simplicity and beauty as Suh. Initially as a result of his move from his native South Korea to the US in the 1990s, his work seeks to apprehend the fundamental question of belonging and by extension identity. Now based in London with his family, his endeavour has remained the same but the premise has developed to include the complexity of fatherhood.

His daughters played a key role in the creation of each work in his recent exhibition. Rarely portrayed, their presence is implied and suggested through traces and sounds. The show’s title piece, Passage/s: The Pram Project (2015), for example, is a three-channel video filmed on GoPro cameras attached to the sides and top of a pram, capturing the immediate environment of the streets of London and Seoul from a child’s perspective.

“It’s a father and daughter collaboration,” said Suh at the show’s opening. “I moved to London about six years ago and that coincided with the birth of my first daughter. We were both new to London and my daughter was new to the world. Together, we’re exploring and discovering the streets of London.”

Disorienting and strangely familiar, the promenade encapsulates many explorations at once: of his new home in the United Kingdom and his cultural roots in South Korea, of fatherhood and, for his daughters, of the world at large. Suh has edited the clips to make London and Seoul almost indistinguishable, with English and Korean spoken interchangeably. The video culminates with Suh taking his daughters to see an exhibition by his own father, Suh Se Ok, one of South Korea’s leading modern painters. In a sense, this single moment crystallises Suh’s entire practice: dissolving the boundaries between countries, cultures and generations.

In the adjacent room, 11 small whimsical sketches and preliminary drawings provide a welcome respite from the immersive, noisy video installation. Here, for the first time, Suh has traded in the threads and watercolours used in previous illustrations for his daughters’ glittery, rainbow-coloured gel pens, now banal objects in his everyday life. This is the gesture of an artist who, unable to dissociate life from work, masterfully combines them. A labyrinth of colourful houses hangs between a figure carrying a chapel on its head and another running up a winding staircase, each hinting at the ever-fleeting definition of home.

The exhibition is like seeing the world through the eyes of a child again, even if innocence has naturally been replaced by the inevitable self-questioning that age brings. Between his first solo exhibition in Hong Kong and this one, Suh’s practice has evolved with determination and coherence, highlighting his

greatest strength: the ability to take in and digest his personal experiences, and exteriorise them as universal truths.