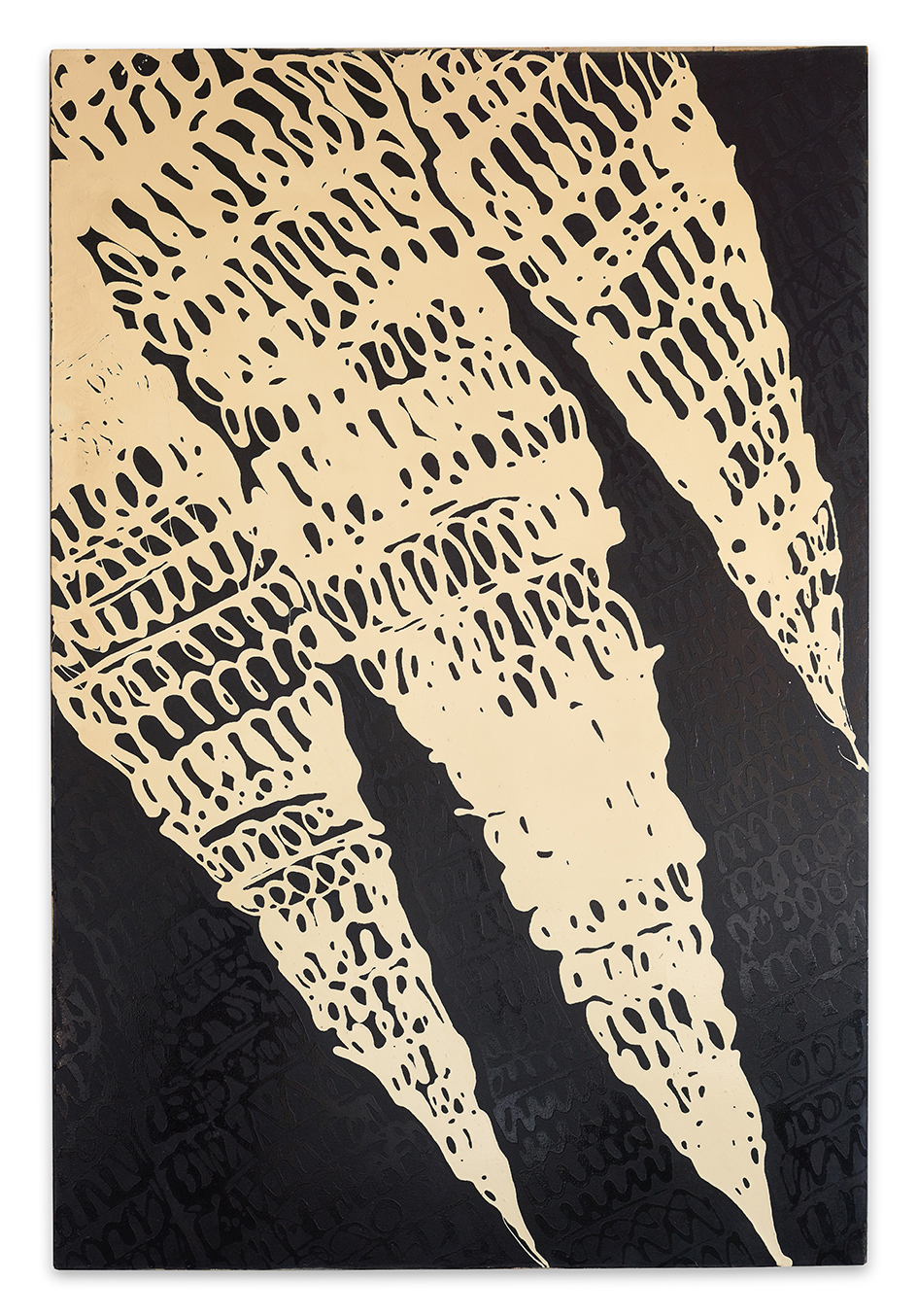 The word Gutai suggests wild, expressive gestures and performances, but the work of late Gutai artist Masatoshi Masanobu (1911-95) from the mid-1960s to the early 1970s in this exhibition at Axel Vervoordt Gallery is rather controlled and subdued. Masanobu met painter Jiro Yoshihara, co-founder of the post-war avant-garde group, in Kobe in 1947; Yoshihara founded Gutai in 1954 when Masanobu was 43. A prolific artist,
Masanobu participated in a number of Gutai exhibitions until the group dissolved in 1972.

The earth-tone enamel colours of the paintings in the current exhibition, coupled with
the primitive yet abstract composition, make them oddly calming. The emphasis on the materiality of the paintings, rather than the fleeting performative actions, creates
an illusion of weight and solidity. The mind becomes lost as the eye follows the wriggling lines, hand-drawn but calculated – unlike, for example, the casual scribbles of Cy Twombly. The brushstrokes recall a magnified version of the patterns of felt or knitted fabrics. As the Gutai Manifesto says, “Gutai art does not change the material but brings it to life”.

Masanobu’s art does just that. The exhibition showcases works that mark the transition of Masanobu’s style from his earlier motifs of flowers and plants to the use of repetitive circular forms. Masanobu overlays shapes and colours to create the intensity and depth in his work.

Masanobu is part of the older generation of Gutai artists. Compared to the explosive
dynamism of works by other Gutai artists born during the following decade, such as Shozo Shimamoto, Saburo Murakami and Kazuo Shiraga, Masanobu’s art is much more meditative.

In Masanobu’s Work (1971) in the show, the composition of a cross in the pictorial frame is reminiscent of abstract works by Malevich and Ad Reinhardt. It is as though Masanobu’s art is an amalgam of the language of modernity and the texture of
raw, organic forms. On closer inspection, the background is filled with hasty flecks of light blue, orange and beige, like Pollock’s drip paintings. It demonstrates the tension
between the still composition and the underlying gestural approach in Masanobu’s work.