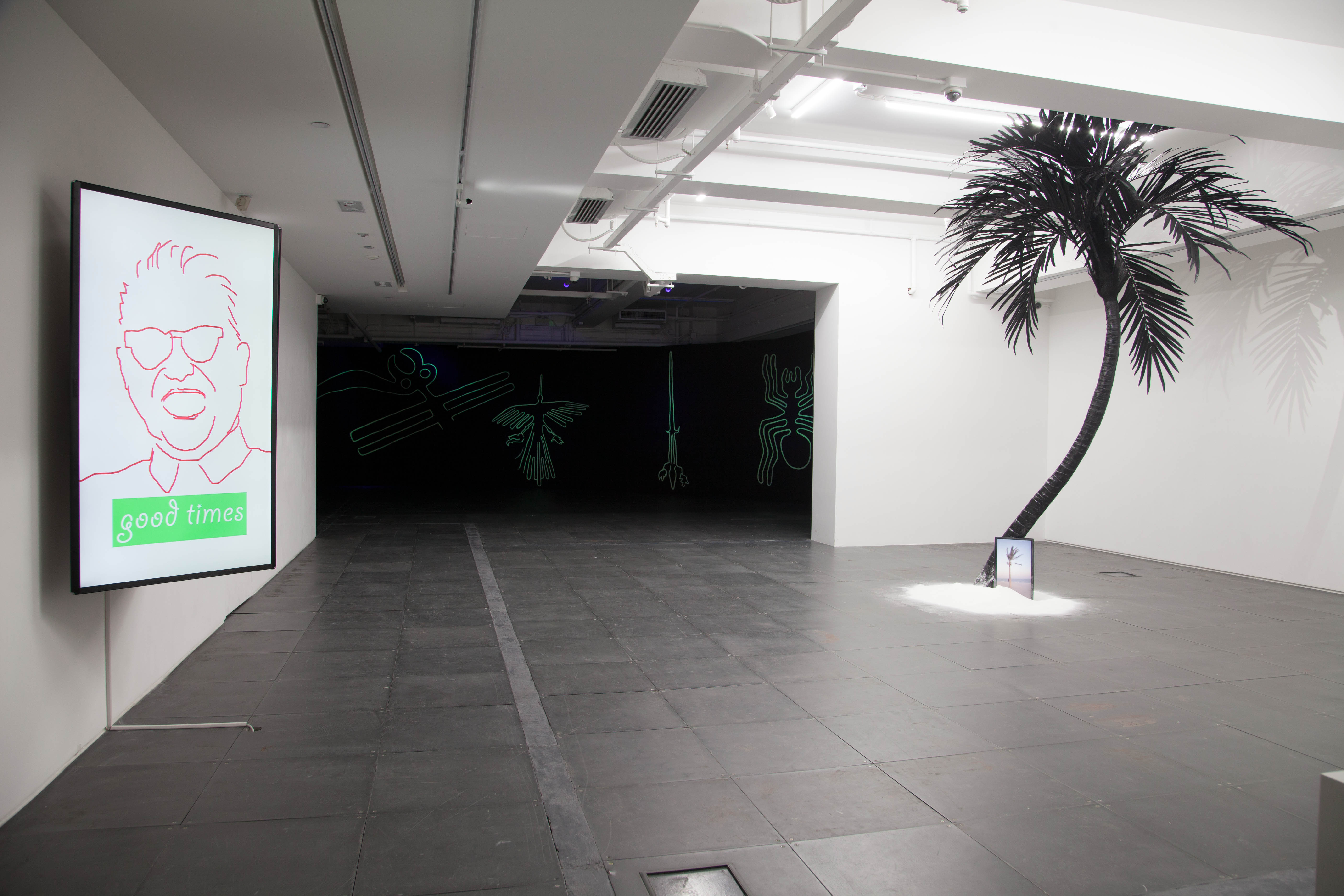 An unearthly purple glow fills the room as a rumble of thunder emanates from the back of the gallery. Consisting of four new works, Liang Ban’s immersive first solo exhibition at de Sarthe Hong Kong questions our relationship to wilderness and the absurdities of human civilisation.

The source of the glow is Neon Wilderness: Nazca Lines (2018), which as the name suggests alludes to the Nazca Lines in Peru, geoglyphs scratched into the earth nearly 2,000 years ago that have survived due to the area’s dry climate and minimal human interference – until a truck driver damaged them by driving across them the same week Liang’s exhibition opened. The depictions of animals, plants and shapes went largely unnoticed until they were discovered in the 1920s by a hiking archaeologist, and became increasingly famous with the growth of aviation. Through his use of glowing paint, Liang recreates the symbols on the gallery walls, commenting on the mystery of how they appeared. Though widely thought to be created by the Nazca civilisation, some people believe they were created by aliens. Liang questions why some people find it easier to believe in aliens rather than the remarkable feats of cultures long before us: how humans, without modern technology, could construct such precise, elaborate carvings at such a scale.

The sound grows louder towards the back room of the gallery, where a floor-to-ceiling screen plays Arrested Lightning (2018) on loop. The video depicts the artist trekking through snowy forest as storm sounds grow louder. Lasso in hand, Liang appears on a cliff edge ready to lasso the lightning in an irrational attempts to capture nature. The lightning connects with the rope but we can’t be sure if he has managed to tame it or if nature took its course. The screen cuts to black.

Liang’s cynical observations, in the form of surreal installations, provoke questions about the constructs of civilisation – how we attempt the impossible now but fail to give credit to ambitious ancestors – and suggest that we will always be deeply connected with the earth, however much we try to sever the ties.