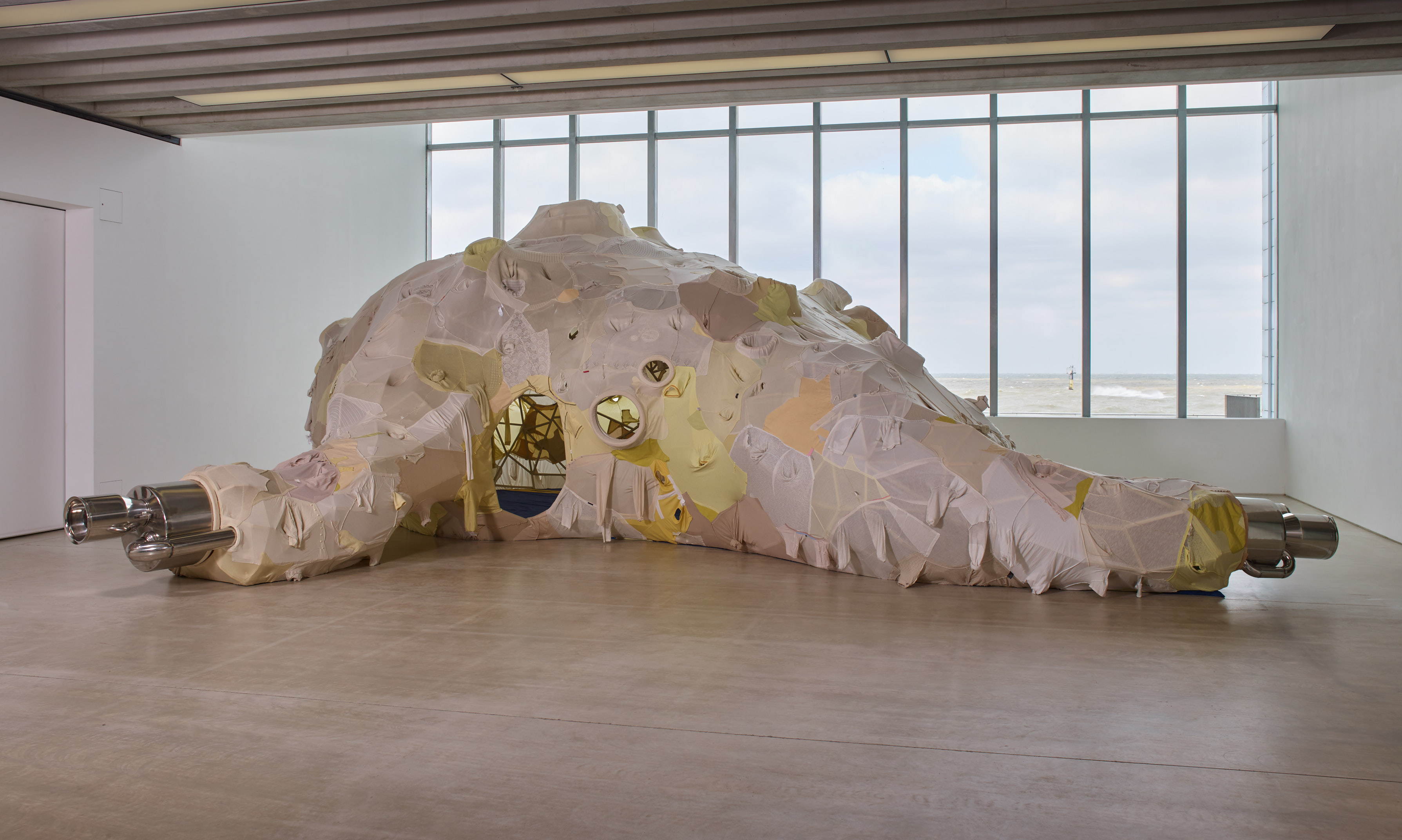 Multiple venues in the UK.
Until September 2, 2018.
By Margot Mottaz

Over the past two months, six institutions across the UK have come together to celebrate the women at the forefront of contemporary art in China. A project spearheaded by the Centre for Chinese Contemporary Art in Manchester, in collaboration with the Middlesbrough Institute of Modern Art, Nottingham Contemporary, Turner Contemporary in Margate, HOME in Manchester and Tate Research Centre: Asia, NOW: A Dialogue on Female Chinese Contemporary Artists offers a platform for cultural exchange, raising universal issues relating to gender, identity and perception.

Bringing together a variety of artists connected by their gender and nationality naturally prevents the programme from being perfectly cohesive and thematically straightforward. The exhibition at the CFCCA, for example, features works by seven artists that are perplexing, but equally rewarding once they reveal themselves as acute commentaries on established social structures.

Na Buqi’s (b.1984) site-specific installation Floating Narratives (2017) combines artificial exotic plants and images of landscapes printed on silk with portable fans and hanging lights on a scaffolding-like frame to conflate perceptions of man-made objects and nature, and by extension of the fake and the real. In dialogue with this work, Luo Wei’s (b.1989) multimedia installation Wave Transmitter Company-World Line (2017) seeks an alternative reality to our own by proposing a virtual interdisciplinary world where everything is connected. This universe might be fictional but it also seems plausible, presented as an imagined virtual mega-city, not unlike Hong Kong, Beijing or Singapore, inhabited by digital avatars.

Nearby, Geng Xue’s (b.1983) photographs and videos specifically emphasise the human body, with close-ups of hands painted red, some in focus and others blurred. Its human touch offers a welcome sensuous counterpoint to many works that deal with the realms of the fictional and the digital. Similarly, a series of works by Yang Guangnan (b.1980) draws attention to the relationship between the body and automation. In Action No. 1 (2012), a white shirt is suspended on a horizontal metal rod, bent and suddenly released by a relentless rotating arm, causing the shirt to shake jerkily – trapped in an endless, monotonous routine. On the floor by the next wall, a small television shows images of door after door being shut in Nothing (2012). Both works speak to our expectations: as viewers, intensely watching the works unfold, hoping something different will happen next time; and as human beings, creatures of habit, capable of repeating tasks daily even when we know the outcome will be the same.

The fast pace of contemporary life, and our inability to escape it, are the premise of NOW’s showstopper at Turner Contemporary, a giant stomach made up of flesh-coloured clothes sewn together and stretched over a metallic structure. Imposing, confrontational and strange, Digestive Cavity (2017) by Yin Xiuzhen (b.1963) looks as if it has been created for the gallery’s foyer. To engage with it fully, viewers must enter it and explore its innards: be eaten up and digested in order to contemplate how we are similarly engulfed by our urban environments. Exiting the cavity and looking out onto the North Sea through the large window behind it, we are also reminded of the role urbanisation and globalisation have played in today’s environmental crisis. Our mass-produced, synthetic commodities – as exemplified by the numerous, quasi-identical items of clothing that make up the piece – are consumed and spat right back out, only to end up in our oceans. It is this topical urgency that makes Digestive Cavity such a poignant experience.

Despite the exclusive focus on female artists, there is surprisingly little in NOW that relates directly to questions of gender and feminism. In a sense, it doesn’t really matter. The all-caps title loudly proclaims that now is the time to pay attention to the women shaping the creative landscape in China and elsewhere; that geographical distance does not preclude emotional and cultural proximity; and that female artists are more than their gender.

During a symposium at Tate Modern, Na Buqi, Ma Qiusha (b.1982) and Ye Funa (b.1986) spoke candidly about their practice, rarely mentioning their femaleness or feminism. Each felt that such notions were only incidental in their work, present merely because they are women and that is what they know best. Together, the works in NOW are powerful because they address the human condition, one not necessarily defined by gender.