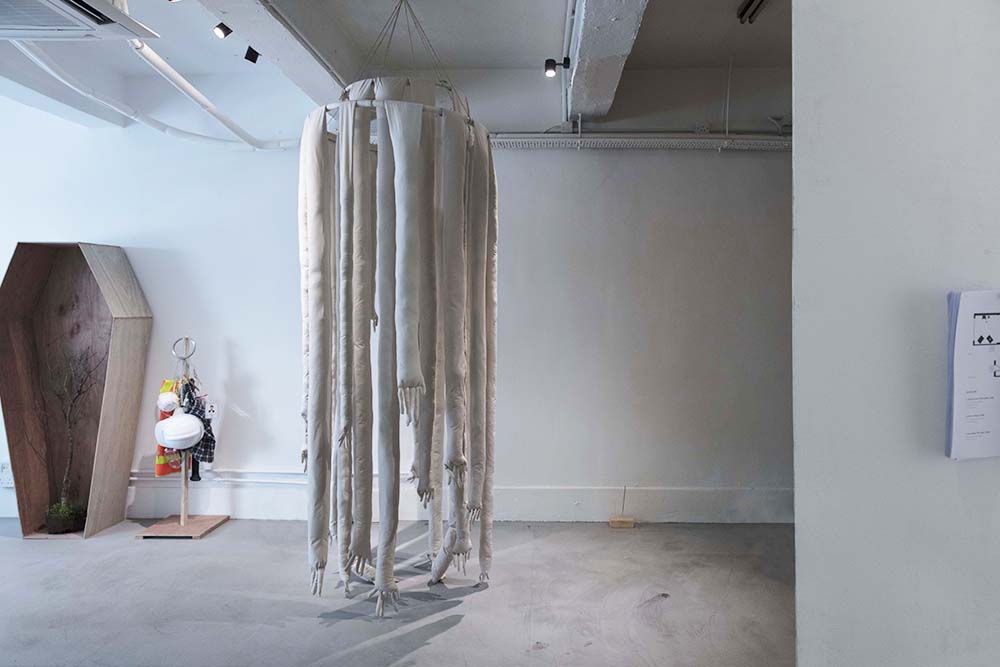 Conceived by American psychologist Abraham Maslow in 1943, Maslow’s hierarchy of needs is one of the mainstays of popular psychology. The pyramid-shaped chart arranges human needs in order of necessity: at the bottom of the pyramid sit basic physical needs such as shelter, food and water, and stacked above are less tangible entities such as safety, belonging and love, esteem and, at the pinnacle, self-actualisation. For Maslow, each tier must be satisfied before the next can be achieved.

A similar system could be sketched for the development of a healthy art ecosystem. Needs such as funding, physical space, community support, and political and creative freedom must be met to build a robust art scene that gives artists meaningful opportunities. Such a scene requires a diversity of exhibition spaces, including commercial galleries, museums and non-profit, alternative galleries. But in Hong Kong, where space is at a premium and government funding is lacking, the most visible institutions are often the most commercially viable. Take for example the recent influx of hyper-professionalised, international, blue-chip galleries that tend to deal in canonical luxury objects at the exclusion of local or lesser-known art.

A few outstanding commercial galleries are invested in Hong Kong artists, but the championing of local or experimental practices is most often left to the city’s hard-working alternative or artist-run organisations. They suffer from high rent and a lack of grants, though: the past couple of years have seen the shuttering of several important organisations, including Things that can happen, Holy Motors, Neptune and Spring Workshop.

However, in late July a glimmer of hope rose above the fifth floor of a tong lau in Tai Kok Tsui, where friends Angela Jang and Michael Yu inaugurated Bedroom, a new alternative space self-funded through Jang and Yu’s day jobs, with their first exhibition and rooftop party.

Jang and Yu, both in their mid-20s, originally procured the former office unit as a studio in which to make their own art; Jang works between photography, painting and installation, while former Basel-based Herzog and de Meuron architect Yu makes ink drawings. Yu’s professional background is evident in the thoughtful, subtle homages to the unit’s past that were preserved during renovations, such as curious, dangling electrical cords and oddly placed outlets. But as they worked to freshen up the space for their own use, the partners began conceptualising how they could use the unit further for workshops and exhibitions.

The first show at Bedroom – the name comes from the room in the back where Yu occasionally crashes for the night – was pitched to Jang and Yu by Jerry Wong, a 20-year-old artist, DJ, designer, and photographer. Titled Maslow and using the five tiers of Maslow’s pyramid theory as a conceptual framework, the exhibition comprised the works of five artists of Wong’s generation, born between 1994 and 1998. The artists made their works entirely from materials sourced around Tai Kok Tsui.

Embodying the fulfilment of physiological needs was Chan Po Lam’s Home 5000 (all works 2018), a post-apocalyptic, one-man shelter in the form of a plywood structure painted to look like impenetrable concrete. Sherwin Wong tackled the notion of safety with an installation, Sense Safety, that comprised a makeshift plywood coffin, a perishing houseplant and an arrangement of objects connoting comfort or safety, including condoms, a telephone, money and a family photo.

Nearby was Hung Fei’s entrancing mobile Heaven of dangling, cream-coloured hands, delicately sewn from satin, cotton and hemp, and representing the embrace of loved ones, albeit spookily so. Towards the back of the room, Chan Hon Lam’s Everyone’s Ridiculous invited viewers to step into a black velvet-curtained semicircle and gaze into a broken mirror while a recording of a droning voice questioned the entangled nature of the ego. Finally, representing self-actualisation, Jerry Haha’s sculptural contribution Hierarchy comprised an assemblage of ladders painted in a gradient of red to yellow. The sculpture was hoisted onto the rooftop during the party on the opening night, pointing to the sky like an offering.

“It had always been a distant dream of mine to have a space in whatever shape or form, where creative people from different backgrounds can just hang out, mingle and collaborate or showcase their work,” says Jang.

To this end, the partners offer Bedroom as a “versatile venue for young artists, designers, musicians and curators alike to showcase works that are undiscovered locally”, according to a statement on its website. In August, Jerry Wong held a screen printing workshop there, during which the public could bring garments to be adorned free with various designs. On 8 September, Jang presented her own installation work alongside a live sound performance by Heejin Jang. Writer and curator Hera Chan organised the space’s second exhibition, Fan Death in Bedroom, which opened on 16 September; exploring the audacity of youth and its urgent romances, it featured work by Lee Lee Chan, Yen-Chao Lin and Oliver Lewis, Dipali Gupta, Isabelle Ng, Nguyen Trinh Thi, Shen Yuan, Xiaoshi Vivian Vivian Qin and Amy Yao.

The opening of Bedroom this summer signified a tenacious optimism and faith in the importance of alternative, non-commercial spaces for artists. If such things come in waves for Hong Kong, let this be the flow to counter last year’s ebb.