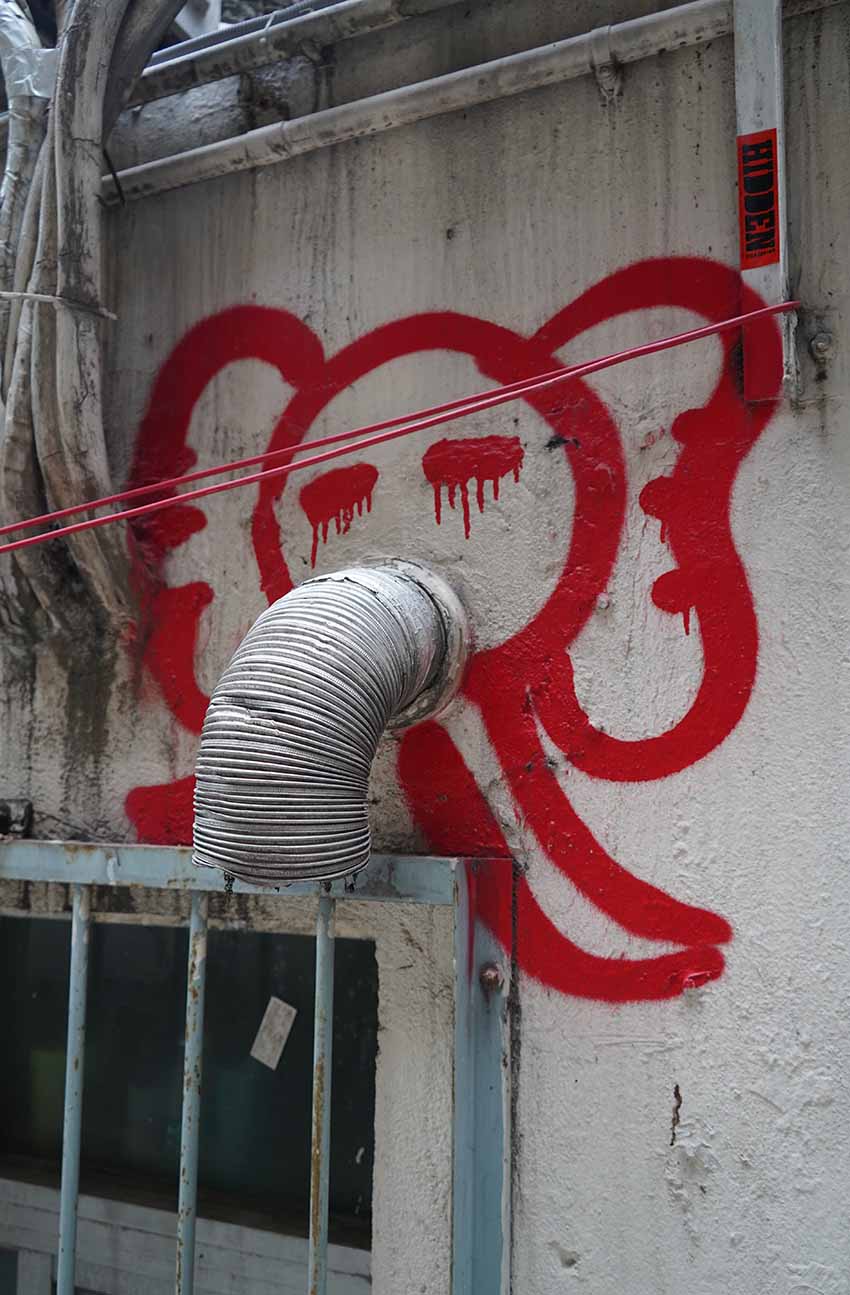 “All things are in a process of change. You yourself are subject to constant alteration and gradual decay. So too is the whole universe.”

John Batten initially began photographing seriously to provide images to accompany his own writing as an art critic, writer on architecture, culture, and politics, and as an urban planning activist*. His photographs have been published in many publications, including the South China Morning Post, Ming Pao Weekly, Perspective, Artco Monthly (Taiwan), Artomity, Asia Literary Review, Yishu, and The Peak magazine.

Over the last twenty years he has increasingly photographed Hong Kong’s urban landscape and the always changing human interventions on the city’s streets. His initial motivation to photograph was pure documentation – to capture moments of beauty, ugliness, intrigue, irony, and oddity. However, during Hong Kong’s 2019 protests, his fortnightly column for the Hong Kong magazine Ming Pao Weekly evolved from discussing art, heritage, and urban planning issues to also be a commentary of the events and politics that unfolded daily – and nightly – on Hong Kong’s streets. The print magazine continued to show a single image with his writing, but the online edition published more elaborate sequences of his photographs.

Recently, Hong Kong’s measures in response to the COVID pandemic allowed Batten more time to photograph. In this exhibition at Ping Pong Ginoteria, Batten shows a small group of recent photographs covering a range of Hong Kong urban imagery, a ‘taster’ of a larger exhibition planned for 2023.

Increasingly, Batten has photographed in black and white, but this exhibition will only feature colour photography. Batten says, “I find black and white photography more forgiving (of mistakes) and dynamic because monochrome is inherently dramatic and moody, relying on light and shade, but a colour photograph really works (when it works) by highlighting the contrasts of colour itself as a component of the photograph’s main subject.”

Consequently, highlights of this exhibition include Hong Kong familiar views – e.g. Lion Rock, West Kowloon, high-rise residential buildings, an expensive car, pigeons, a teenager taking a selfie – but, as only Hong Kong can, the view is subtly subversive, the moment captured in a photograph.

Ping Pong Ginoteria is Hong Kong’s icon G+T bar in Sai Ying Pun and has an on going art programme which in the past included shows on Arthur Hacker, 70s Art in Hong Kong and Gerard d’Henderson.

* John Batten is co-founder of the Central & Western Concern Group that has led community efforts over the last 15 years for the preservation of many of Central Hong Kong’s most historic buildings (including PMQ, Central Market, Tai Kwun, Graham Street Market, and the West Wing of the former Central Government Offices). He is President of the International Association of Art Critics Hong Kong; a member of the Arts Programme Committee of Tai Kwun; and, a Director of the artist-run art education initiative, Rooftop Institute. Previously, he ran his own art gallery (1997-2010) and organised the charity art event Hong Kong ArtWalk (2003-2015). He has been writing about art, heritage, culture, and urban planning since the 1990s.