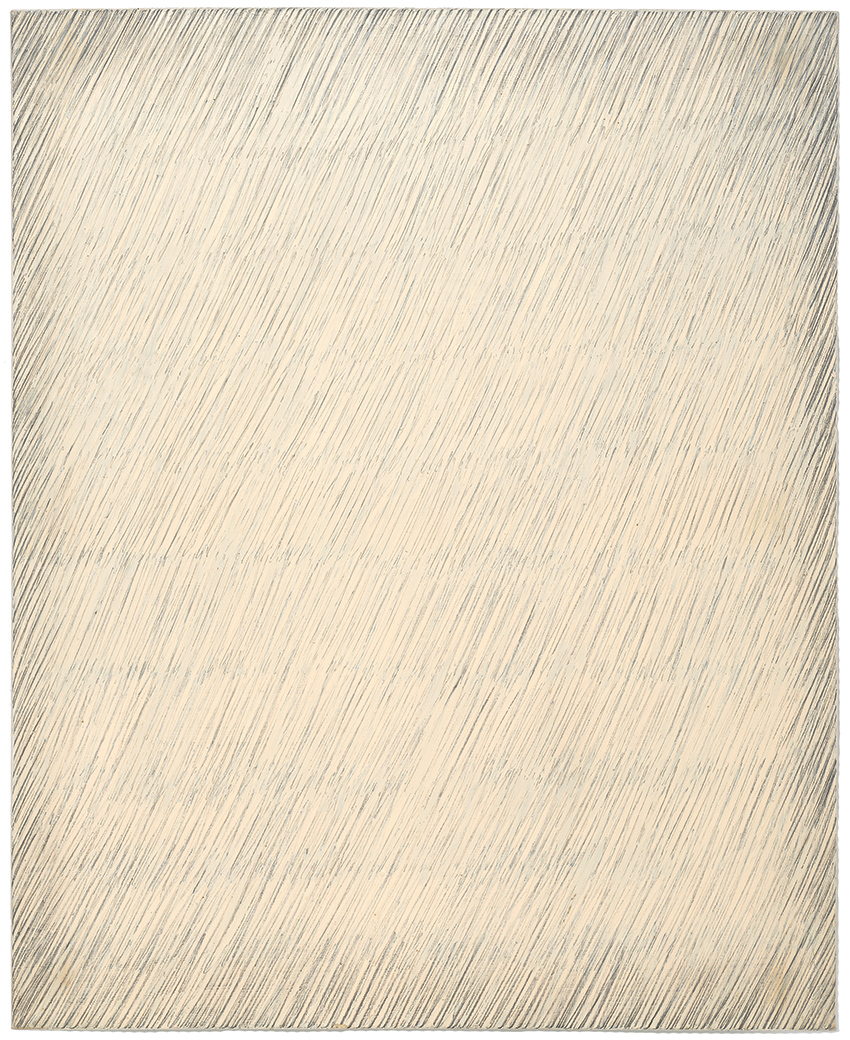 The father of the Korean Dansaekhwa movement, Park Seo-Bo believes that art is an act of emptying. Through repeated hand movements he creates meditative works that are deeply rooted in Taoist and Buddhist philosophy. At his exhibition at White Cube in Hong Kong, the early works of the artist’s Ecriture series, which began in the late 1960s, embody the notion of emptying the mind.

The Korean War in the 50s was a traumatic period for many local artists, whose works became more introspective following the unrest in the country. In the next decade, the post-war generation of artists embarked on the spiritual journey of Dansaekhwa, the Korean monochrome movement, with an emphasis on the process of art-making. Park’s work explores existential conditions but is firmly rooted in the Korean cultural tradition. He regards the resulting art pieces that we see as the residue of the process of his spiritual exercise, as if he had been chanting prayers the way Buddhist monks do on repeat to reach nirvana.

The exhibition, curated by Katharine Kostyál, features works from 1967 to 1976. A faint, grid-like composition is visible at the background of the canvases, now pale yellow with age. On the top layer, delicate, unidirectional pencil strokes sank into the while paint beneath, which was still wet when Park’s hand danced across the surface. Examining a piece of piece from various angles revels the subtle shadows cast onto this uneven pictorial plane as the gallery’s light hits the calligraphic pencil marks, enhancing the tactile quality of the work.

In Ecriture No. 37-73, diagonal lines draw the viewer’s eye from the top right to the bottom left, with a rough gradient that makes the outer edge darker than the centre. Beneath this layer of pencil marks, free-hand
horizontal lines dissect the painting’s composition at regular intervals. Despite the monochromatic background of the piece, the rhythmic pencil strokes oscillate, as the eye simultaneously follows the diagonal lines and the horizontal divisions. Park’s abstraction demonstrates how one can
transcend the need for fulfilment. His work often encourages the viewer to take an anti-intuitive approach: not overanalysing the work and imagining what the artist’s gestures signify, but remembering the value of emptiness and immateriality.